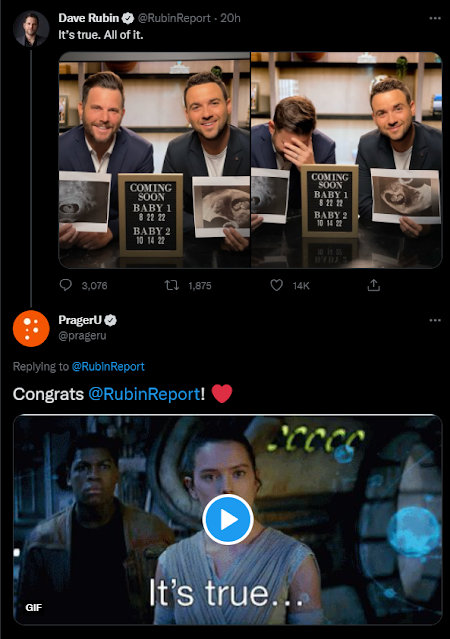 Oy vey.
A homosexual Jew and his "husband" are apparently purchasing two children from Rent-A-Wombs. They are congratulated by an organization headed by a "conservative" Jew named Dennis Prager (assume the scare quotes on every use of conservative going forward). Normiecons uncomfortably clap in approval even though they know this is wrong.
What is there for a conservative to congratulate these two men about? They didn't conceive these children in a natural way, being in a sterile and degenerate lifestyle. These children will be little more than fashion accessories for two homosexual men to trot out as attempted cover for their perverse lifestyle. They will grow up without a mother, because even the most effeminate faggot is still just a swishy dude. Credit where due to Mark Dice for calling this out. 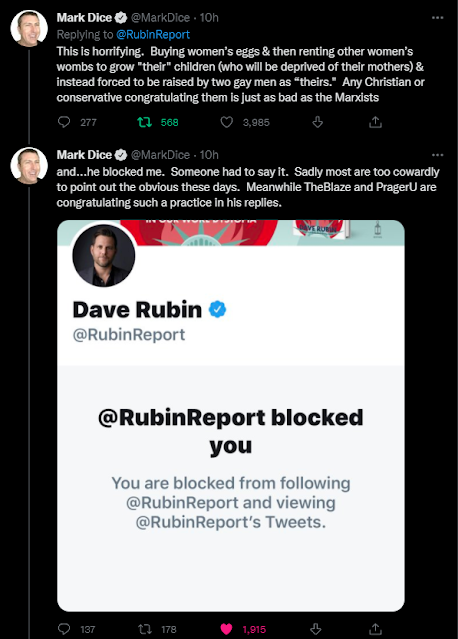 Regardless many conservatives will cheer and applaud this, including a lot of conservative Christians. Some other voices on Twitter applauding what amounts to human trafficking....

Lots of conservatives follow these accounts, I follow Rufio and he got torched in the replies.
It can seem overly simplistic to say that mainline conservatism in America is just progressive positions from 5 years earlier but they keep reinforcing the meme. People who unironically call themselves conservatives in 2022 are generally not serious people.
Posted by Arthur Sido at 10:09 AM