Wondering Why You Should Work At All? That Is The Plan. 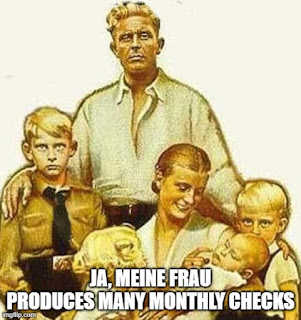 Ultimately what this is all about is a backdoor means to a universal basic income, which is a fancy way of saying "paying people whether they work or not". It aims to create a vicious cycle where people get hooked on these monthly payments and are dependent on them, at the same time that prices for basic goods skyrockets meaning they are going to need bigger payments and will vote however they have to vote in order to keep the checks coming and getting larger.
This ties in neatly with the Great Reset. People are consumers relying on free "money" to survive, especially for those who live in urban areas and rent their homes. When prices go up, so will rent and of course the cost of food, electricity, cars, consumer goods, etc. It won't be long until your wages stop being a significant consideration and all that matters is that universal basic income.
For those of us who are getting these magic checks, may I make a few recommendations:
1. First and foremost pay down any debt you have. Not being a debt slave is the first step to getting out of the globalist system.
2. Do not include the monthly checks in your budget. Continue to budget based on what you make from employment. Treat the extra deposits like money you find on the street or a small inheritance from a distant relative.
3. Use the extra "money" in ways that sidestep the consumer system. In other words don't buy a new iPhone. Allocate these funds for purchasing physical precious metals or cryptocurrency (I recommend the former). Buy ammo and/or guns. Add to your long term storage food stock. Or even invest in some sort of durable goods, like energy efficient new appliances or a back-up solar panel system. In a nutshell, take this imaginary money out of the system and turn it into something tangible and that does not mean a new Playstation.
4. However, if you are still in the wage slave system, having this extra income might mean this is the ideal time to strike out on your own when you have a regular chunk of "money" for at least six months to cushion the landing. Nothing could be more amusing than using the globalist bribe to get yourself more independent from the globalist system.
In prior revolutions the Communists took over the system by violent means. In this revolution it is, at least so far, being done through manipulation. Regardless the end result is still the same. A tiny elite of nomenklatura, a somewhat larger group of court mandarins/apparatchiks and the rest of us in desperate poverty. The time is fast approaching when we will need to turn these Commies into good Commies the only way I know how. 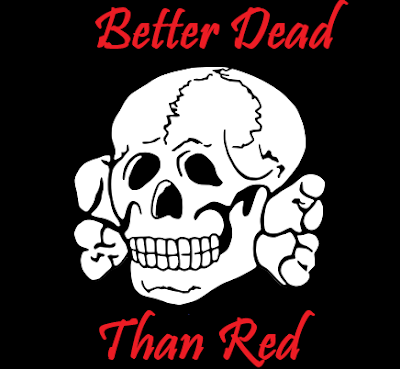