I haven't poked fun at libertarians for a while but someone directed me to a tweet from Nicholas Sarwark and it made me GOL (guffaw out loud).
You probably never heard of this guy and good for you but he was the chairman of the tattered remains of the Libertarian Party for six year. 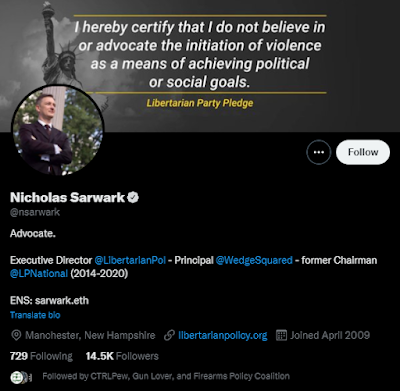 What did he say that made me GOL? Oh just this: 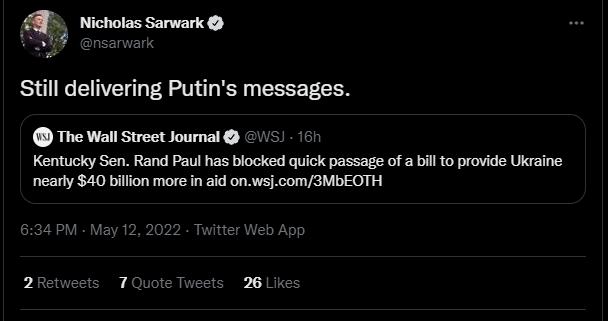 Here is a "libertarian" parroting back the nonsense that anyone who questions sending untold billions in U.S. "aid" to the most corrupt nation in Europe is somehow doing the bidding of Vladimir Putin. Rand Paul is the only even mildly libertarian national figure, other than his father who is quite elderly at this point. He consistently is the only voice opposing the uniparty on some (but certainly not all) issues.
What Rand Paul is really demanding makes so much sense, only libertarians would oppose it.

Demanding oversight for government spending? No wonder libertarians oppose this! Oversight of spending is clearly a plot by Putin! Vodka Man Bad indeed!
This is the most accurate political cartoon in recent memory. 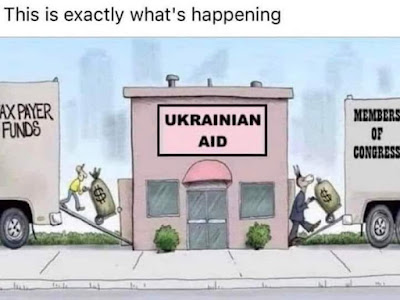 Once upon a time libertarians would have opposed creating $40 billion from thin air to send to prolong a foreign war but it seems that all of the sensible libertarians left the movement and went further Right a long time ago. All that is left now is the empty shell of what was once a semi-serious political movement.
Posted by Arthur Sido at 10:40 AM