The Most Important Government Report You Will Never Hear About 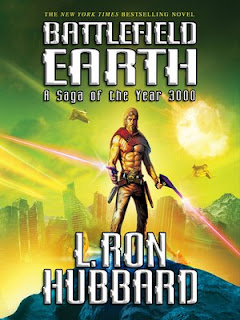 In 1982, L. Ron Hubbard, the loony founder of the loony religion known as Scientology, published a book titled Battlefield Earth. As an 11 year old or so, I bought Battlefield Earth from the bookstore at the mall having no idea what it was about. BE in paperback clocks in at a little over 1000 pages and is a daunting book for anyone, much less an 11 year old but I was a pretty avid reader. I started reading in the evening and when I put it down it was early the next morning. Over the course of one night I read a 1000 page book cover to cover. I still have the paperback I read that night, somewhat worse for wear after more than 35 years but still in readable shape.

Even by my standards, that was a pretty impressive feat. As an 11 year old I didn't catch the pretty clumsy references Hubbard was making but I read BE again a few years ago as a 40-something adult and it was still pretty engaging.

One of the central plot devices of the book was the idea that the villains of the story, the cruel conquerors of Earth called the Psychlos, possessed the technology to transport material and beings across time almost instantaneously, the method they used to invade Earth to plunder our gold. This secret was jealously guarded by the Psychlos and made them the most powerful race in the universe as almost all trade depended on this technology rather than conventional spacecraft. To protect this secret, the Psychlos secretly implanted tiny fuses in the brains of newborns and conditioned them throughout their childhood to guard the secrets of the Psychlos. Trying to talk to a Psychlo about their technology would cause the fuse to blow and the Psychlo would go crazy and try to kill the one questioning them. If they couldn't kill you, they would fall into a catatonic state and die as their brain shut down.

The response of a Psychlo to being asked about their technology reminds me a lot of talking to "normal" Americans who have had a lifetime of conditioning and propaganda about the topic of race. As soon as you stray from the accepted narrative about race, they start to get flustered and hostile. You can see them start to shut down when their anger stops working. They can't process what you are telling them, even when you show them statistics and irrefutable facts. Sometimes they snap out of it and start to look into what you are saying but more often than not they just stop talking to you.

If everything you know to be "true" is based on what the media and entertainment world tells you, your understanding of the world is constantly running smack dab into reality. We are inundated with stories meant to frighten you into thinking that "white supremacist terrorism" is not only a significant threat in America, it is the single greatest threat anyone faces and especially "people of color". This is in spite of the reality that there are very few actual "white supremacists" in America and they are mostly in prison gangs or on the fringiest fringe of the political fringes. I still get people online who screech from their keyboard that white people are a serious danger to innocent people of color. When you point out the actual facts of the situation being the polar opposite of that narrative, their minds short-circuit. This conditioning is critical to maintaining the leftist narrative of white people as oppressors. If you start to question white people being oppressors who stole everything they have and who are acting violently to protect what they have stolen, you start to wonder whether a wholesale replacement of the founding stock of America is such a good idea.

For people who are deeply conditioned, just watching or reading the news is an exercise in suspension of disbelief. You listen to a talking head interviewing some low IQ dimwit like Ilhan Omar yammering about "white supremacy" but the rest of the news is a series of photos of black criminals. Little wonder Americans are gobbling down anti-anxiety meds like Skittles, they are forcing their minds to believe what their eyes tell them is false and causing a constant reset of their brain. 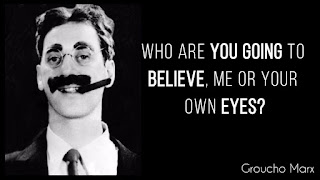 The dissident right tries to break through this conditioning via memes and slogans like "#13do50" but a lot of that is lost in the shenanigans and tomfoolery. It is hard to take seriously an anonymous account with Honkler as the avatar. But when the information is coming from the Federal government? That is something people take more seriously and that is also why you aren't hearing about the Bureau of Justice Statistics report that came out this month looking at the perpetrators and victims of crime, including the breakdown by race. Thankfully the indispensable Heather MacDonald saw it and wrote about it for City-Journal: A Platform of Urban Decline

The whole piece is great stuff but the part that jumped out for a lot of people was here:

It is now a standard trope, implanted in freshmen summer reading lists through the works of Ta-Nehesi Coates and others, that whites pose a severe, if not mortal, threat to blacks. That may have once been true, but it is no longer so today. Just this month, the Bureau of Justice Statistics released its 2018 survey of criminal victimization. According to the study, there were 593,598 interracial violent victimizations (excluding homicide) between blacks and whites last year, including white-on-black and black-on-white attacks. Blacks committed 537,204 of those interracial felonies, or 90 percent, and whites committed 56,394 of them, or less than 10 percent. That ratio is becoming more skewed, despite the Democratic claim of Trump-inspired white violence. In 2012-13, blacks committed 85 percent of all interracial victimizations between blacks and whites; whites committed 15 percent. From 2015 to 2018, the total number of white victims and the incidence of white victimization have grown as well.

Read that again if you please.

What we see here is that while there are almost 5 times as many whites as blacks in America, and despite being told how violent and dangerous white people are, the true story is that blacks are far more violent towards whites than vice versa. This is not really shocking although even I was surprised by how skewed the numbers were.

Another important point from this paragraph is that this is a trend that is on the upward swing. The ratio of black to white when it comes to black/white interracial violence is trending even more overwhelmingly to black on white violence. That is in stark contrast to the media narrative of Trump's election emboldening "white supremacist terrorists" to commit crimes against "people of color". In the real world the trend toward black violent criminal behavior visited upon white victims has been steadily increasing well before Trump, accelerating under the Great Uniter Barack Obama.

In fact, it seems that the media is right that racism is increasing in America but wrong about where it is coming from. We see more and more incidents of black on white violence that goes beyond simple assault or robbery and into territory that is pretty dark and infuriating, like Somali gangs in Minneapolis not simply robbing lone white guys but repeatedly beating them, jumping on them, taking their pants off, running over them with bikes, throwing objects on them. Even the normie American watching these videos understands that the black men in the videos are attacking the white victim more viciously because he or she is white. People have always robbed other people but the acts of public humiliation of a victim who is already outnumbered a dozen to one is indicative of something far uglier.

Colin Flaherty documents the dizzying array of black violence and as he has said, the hardest part is just trying to keep up with it. His posts on Minds are full of links to black violent crime in local areas but how can one man talk about it all and still eat and sleep?

We also hear a ton about gun violence and mass shootings from the media but you rarely hear that mass shootings are committed around 75% by black men or that black men account for over half of all murders in this country, mostly committed with illegal handguns. Christopher Roach, published at American Greatness, writes in an interesting piece, Why Soft-on-Crime Democrats Are Tough on ‘Gun Violence’, the following:

The Democrats’ emphasis on gun control shifts the focus away from other dimensions of violent crime. The vast majority of so-called gun violence is just another type of violence, including the continuous train of atrocities committed primarily by young black men and other minorities in our demoralized inner cities.

We do have a gun violence problem in America but it has little to do with "assault weapons" or the NRA or "white supremacy". Our gun violence is contained almost entirely within a small subset of the population, young black men, and to a lesser extent young mestizo men from Central and South America involved in gangs. Not to put too fine a point on it, we don't need more gun control, we need to get young black men under control.

In yet another twist of fate, most "conservatives" who are endlessly being accused of racism and harboring feelings of "white supremacy", go out of their way to pretend this isn't the situation, instead blaming the violence in our inner cities on "Democrat control", even though far left cities with small black populations have much lower crime rates and places like Vermont, which elects an actual socialist to the Senate and is lily-white, is one of the safest places in the nation. Christopher DeGroot in his essay, Conservatism’s Cluelessness About Race, makes this statement:

Here, then, are what conservatives should be addressing: the nationwide problems of black crime and cultural dysfunction. If Carney had guts, he’d talk about black crime against whites. Instead, he imitates the leftist crowd.

Most "conservatives" are useless and haven't conserved anything but when it comes to race they are especially useless and cowardly. They trip over themselves to talk up middling intellects like Candace Owens because she is black and not a raving lunatic, thinking that retweeting or sharing something she wrote will convince liberals that they aren't racists. It never does. Racism is a meaningless word that has lost any connection to the original meaning and now is just code for "white person".

There is no topic that will impact our lives and the direction of our nation more in the next decade than race. I will go so far as to say that every other issue is a distant second tier compared to race. Far from being our greatest strength, "diversity" is going to be the end of the United States that was the envy of the world. The evidence is right in front of our eyes but too many of us are still so willfully blind that we refuse to see it. This report from the BJS lays out the story we all already know in black and white: white people are overwhelmingly the victims of interracial violence and black people are overwhelmingly the perpetrators. The cities built by heritage Americans are becoming unlivable as they become more "diverse" and not only is there no sign of this trend reversing, it appears to be escalating as the white majority inexorably shrinks toward minority status.

Most Americans are short-circuiting on a daily basis trying to balance what they know to be true with what they are allowed to believe is true. It is up to us to show them that it is OK to not hate yourself and to speak the truth.
Posted by Arthur Sido at 10:43 AM