Sick Of These White Supremacists Being Mean To Asians!

Asian woman punched 125 times in New York attack; suspect charged with attempted murder as hate crime
Not just punched 125 times....
Video shows she was punched 125 times, stomped on seven more times and spat on.
Even if I were younger and in better shape, 125 punches would wear me out. As you can see, he is your typical White supremacist MAGA hat wearin', Tucker Carlson watchin', Vlad Putin lovin' hate criminal.... 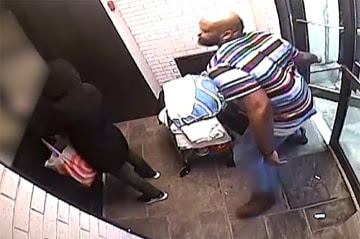 The attacker is one Tammel Esco, a 42 year old "man". Here is his mugshot I guess, he looks very remorseful. 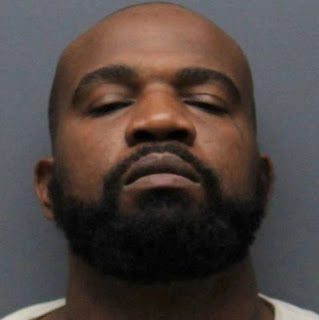 Tammel Esco is pretty typical....
Esco has a criminal record and has had 14 arrests and multiple convictions, Yonkers Police Commissioner John Mueller said.
In February 2021, he pushed a woman through a plate glass window. She wasn't seriously injured and Esco was given a conditional discharge and no jail time.
CBS2 claims Esco was enrolled into a five-month inpatient program for substance abuse after his 2021 arrest.
He has also served 42 months in prison for a stabbing in 2010, the outlet reports.
As always the question is this: why is this guy wandering the streets attacking old ladies? Why wasn't he already locked away in a dark hole or better yet breaking rocks all day or even better yet swinging from the gallows? If you have been arrested 14 times and been convicted of multiple violent crimes, there really isn't any point in letting you keep breathing.
A 67 year old Asian woman, she looks like she weighs maybe 80 pounds and he still sucker punched her and beat the shit out of her for the perfectly justifiable reason that she is, as the assailant said, an "Asian bitch". Plus kicked her and spit on her. For me to hit a woman, even once, would only happen to protect someone else. Men just don't hit women. But this guy and so many like him seem to have no problem with randomly assaulting someone, usually someone older and weaker and smaller than them.
The woman is apparently a widow and has bleeding on the brain, so hopefully this guy is put in for life for attempted murder and hate crime charges but since this is New York City they may already have released him with a summons to appear.
It is tiresome to post this stuff but it is necessary to remind everyone of why we must practice what we preach: stay away from crowds, always be carrying, head on a swivel, teach your family the same.
Posted by Arthur Sido at 1:23 PM