This made me LOL 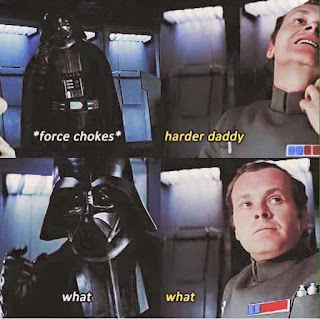 This did not make me LOL
Infrastructure Bill Mandates Drunk-Driver Detectors For New Cars
What. The. Fuck.
How would that work exactly?
Sensors embedded within the vehicle's cabin will track the driver's eye moment and monitor signs of being distracted, impaired, or tired. Bloomberg notes this technology is similar to ones that police officers use when pulling over suspected drunk drivers.
Ah, a sensor that somehow manages to decide that you are drunk or tired. Shit, I am tired all the time and some people just look sleepy no matter what. Are they just not going to be allowed to drive? What does distracted mean, if I check out a girl while driving is my car going to scold me or just shut off? I assume that you can't remove or cover this monitor or the car won't start or go into drive so we will just have an electronic device monitoring us at all times while we drive. I am sure that won't be expanded into something far worse once they get a monitoring device in the car. It seems reasonable for me to be placed under electronic supervision since I have been driving for for over three decades and have never done so impaired as an adult.
Another nanny state provision.
Another provision in the bill was to combat deaths of children accidentally left in hot cars called a "door logic" alert that reminds drivers to check the backseat when turning off the engine.
Oh good. My youngest is in her teens but my car will nag me to check the backseat every time I turn off the engine because some people can't remember something like "don't leave your small child in the car", something I managed to remember for the decades where we always had a small child or two. I guess I am just exceptionally smart or something. I think I saw a different mention of this where it will become mandatory by 2027 so cars built just before that date are going to become very valuable.
I am all in favor of optional safety devices. Our big 15 passenger Chevy van has a backup camera which is great because you can't see an adult standing behind you when you are backing up, much less a child. But mandating something that can prevent you from using your car if a monitor decides you are impaired, distracted or tired? That is a whole different matter and I can see it causing all sorts of problems for people, not to mention yet another enormous expense added onto the skyrocketing cost of vehicles. According to this Bloomberg article, "safety advocates" are pushing for this to go much further.
Life is a series of tradeoffs and "being safe" is not the only consideration. If we mandated that cars could only go a maximum of 5 MPH we would essentially eliminate traffic fatalities. Or if people could only eat pre-determined meals selected to minimize heart disease. On the other hand, we couldn't really live in a country like that and almost no one wants to. If I want to drive to Toledo, I always go on the fastest roads I can so I get there as rapidly as possible, even though that increases the relative danger of driving. If I wanted to I could go cross country on rural roads, driving 45 mph with minimal traffic. It would be "safer" but it would take me twice as long.
As usual, there will be an enormous cost and hassle burden added to all of us because a small percentage of the population are too fucking stupid to not get behind the wheel when drunk or a few parents are irresponsible and forget their little kids in the car. No one I know thinks that drunk driving isn't a huge problem but it is a problem that is mostly contained within a small percentage of the population. Ramp up the penalties for drunk driving, make a second offense a felony attempted murder charge, and perhaps people will stop driving drunk. At least that would focus on the people actually causing the problem instead of on the 99% of us who don't drive impaired.
It is the same basic issue with gun control. Because our African population are unable to control their anger issues, it is harder for White people who have never committed a crime to purchase a gun.
Every little additional regulation, rule and hassle increases the control they have over you. If they can put an electronic monitor to watch your eyes, why not a microphone that shuts down your car for 24 hours if you use "hate speech" in the car or yell at your spouse or listen to an unapproved podcast while driving. They just keep squeezing and squeezing. This "infrastructure" bill is chock full of pork and it is just the beginning.
Posted by Arthur Sido at 8:59 AM