It didn't take long for one to make the news again. 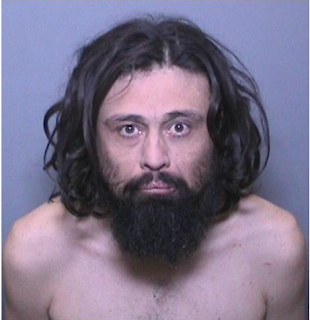 Rudy William Grajeda Magdaleno, 39, was rearrested in Orange County this week — less than three weeks after he was released from prison — for allegedly exposing himself to parole resource center employees on April 17, according to Santa Ana law enforcement officials.

Why does someone with that kind of rap sheet even qualify for parole in the first place? There is no social benefit to someone like this guy ever seeing the light of day. He should have been dangling from a gibbet several offenses ago, certainly for sexually assaulting a special needs woman.

Our country is full of degenerates waiting to commit another crime. Even out here in the country you can find a handful of sex offenders living near families with young children, many of whom have no idea what kind of beast their neighbor is.

More of our suicidal altruism at work.
Posted by Arthur Sido at 9:08 AM