Milwaukee has their second mass shooting in 2020.

Police found five people shot to death Monday inside a Milwaukee home and arrested the man who dialed 911 to report the slayings, the city's police chief said.

The police department received a call around 10:30 a.m. from a man who said his family was dead, Chief Alfonso Morales said during a brief news conference. When officers arrived at the house on the city's north side they found five victims ranging in age from 14 to 41, the chief said.

The identity of the shooter is being reported as Christopher Stokes. Mr. Stokes apparently has a lengthy police record, including at least two convictions that would prevent him from owning a firearm and yet he somehow managed to obtain a firearm to murder what appears to be his own family. Mr. Stokes is black man and thanks to his lengthy criminal history littered with domestic abuse, he has two mugshots available online: 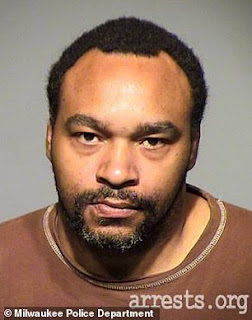 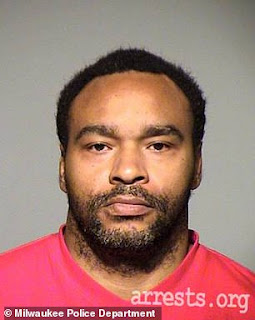 You will recall that angry black man Anthony Ferrill killed five co-workers earlier in 2020 at a Molson Coors brewery so Milwaukee is 2 for 2 on black men committing mass shootings this year. It appears all five victims were also black.

As you would expect after a tragic event, people pulled together to support one another:

The few hundred residents who crowded the crime scene were described as 'volatile.'

Distressed relatives cried while others comforted them, fights broke out, verbal arguments were had and paramedics treated a shocked family member.

Well sure, that is what any normal people would do at the scene of a tragedy, start arguing with each other and getting into "fights" (plural). What the actual eff is wrong with people?

In an odd twist, a number of stories about a black man killing five black people in 2020 mention a white guy killing people in 2012. Three stories I read included this blurb verbatim:

White supremacist Wade Michael Page killed seven people at a Sikh temple in suburban Oak Creek before a police officer killed him in a firefight in 2012.

Why would you bring up an event from 8 years ago? I guess when a "white supremacist" kills non-white people, that remains relevant to completely unrelated shootings by a black guy 8 years later. If I didn't know better, I might suspect it was brought up to deflect attention from another black guy committing a mass shooting and reinforce the false narrative that white men commit the majority of mass shootings. Fortunately I am very enlightened and believe everything the media reports, except for that awful Fox News of course.
Posted by Arthur Sido at 11:31 AM