The Tragic And Predictable Case Of Tessa Majors

A young woman named Tessa Majors, an 18 year old student at Baranrd College in New York, was stabbed to death during a botched armed robbery by three teenagers who were out for a day of fun and excitement focusing on robbing people. According to police, they were intent on robbery and at least one of them was carrying a knife. Ms. Majors looks like a slightly built young woman. 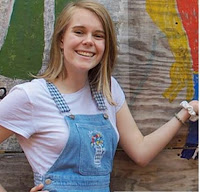 Yet she struggled with her attackers and reportedly bit one on the finger. In return, one of the teens, Zyairr Davis, stabbed her multiple times, wildly and viciously: "Majors was rushed to Mount Sinai St. Luke’s Hospital, where she died of stab wounds to her face, neck and under her armpit, sources said."

Shooting someone is one thing, there is usually some distance and it can seem more "impersonal" but when you stab someone to death, it is up close and personal. Stabbing someone is a personal, ugly way to commit the already heinous act of murder. The media made a big deal of this murder because the girl was a cute college student stabbed to death in New York but now we know the identity of her murderer and that is going to make this story go away. I wrote a series of tweets reproduced below in the (very, very likely) event my account gets banned again. 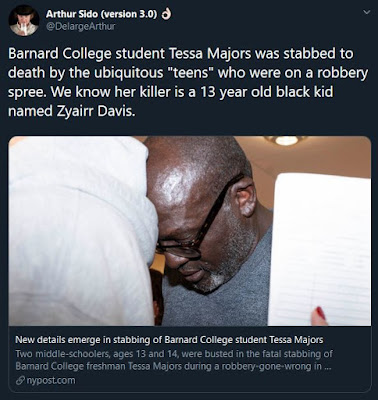 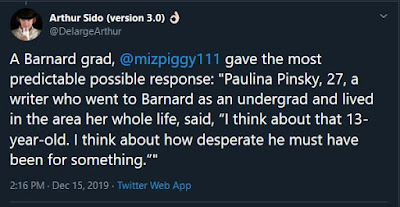 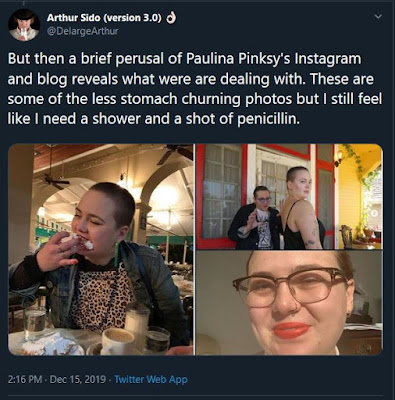 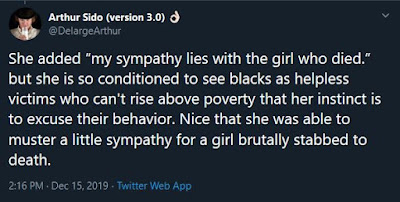 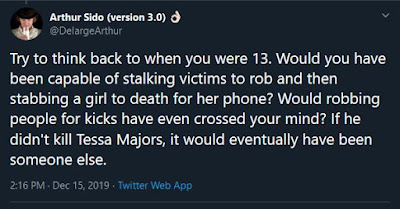 An 18 year old is dead. A 13 year old murderer is about to spend a bunch of years in prison where he will probably become even more vicious. Calling them "teens" or "middle-schoolers" doesn't change the fact that he is a brutal murderer.

Tessa Majors' murder is the face of interracial violent crime in America, a small white girl attending a far left womyn's college where she was probably inundated daily with messages of her "privilege" and "white supremacy" and the value of "diversity" came face to face with reality and it killed her.

This sort of stuff has been going on in our most "diverse" areas for decades and it is only going to get worse. Get away from the blast zone now before it is too late.
Posted by Arthur Sido at 10:03 AM