His Name Is Elijah DeWitt

The same horrible story told over and over. Elijah Dewitt was a star wide receiver at his high school in Georgia. 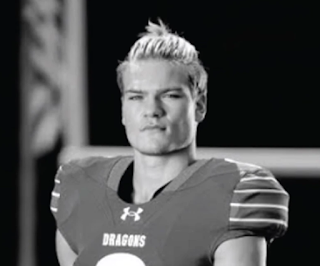 It sounds like the kid was pretty talented, even garnering attention from the University of Georgia. He was out with some friends at Dave & Buster’s when some sort of dispute occurred, as often happens with young men. Only it didn’t go down like it used to, maybe some shoving and name calling, perhaps even fists thrown. No, Elijah got into a dispute with two black teens and as so often is the case, they decided to shoot him in a fit of rage. The two yoofs, 18 year old Kemare Bryan and 19 year old Chandler Richardson, were arrested in South Carolina making a run for it and like the geniuses they are, they got caught. 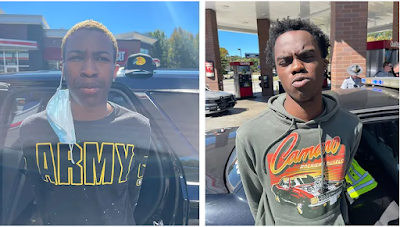 A couple of bad-asses gunning down an unarmed kid. Why would they do that? It’s a mystery!

Motive unknown in murder of Georgia football star shot at mall; teen suspects extradited from South Carolina
What Fox pretends to not realize is that two African kids don’t need a motive. The lack of impulse control and giddiness when committing violence and mayhem is all the reason they need. Both have the same dead eyes without even the slightest hint of human intelligence. If it wasn’t Elijah Dewitt, it would have been someone else they killed unless one of their fellow rowdies killed them first.
The father of Elijah Dewitt immediately forgave the two teens that murdered his son in cold blood.

Ok, well that is lovely and perhaps he is religiously obligated to do so. As for me, I don’t have an obligation to forgive these two pieces of shit. I just wish some other colored kids had capped them before they decided to shoot a White kid. Do you suppose that if two White teens had gunned down a black teen that the mama of the black teen would tearfully go on the news to forgive them? Not fucking likely. More likely she would be flanked by “civil rights lawyer” Benjamin Crump on one side and some bullshit black clergyman on the other, wearing a t-shirt with her kid’s picture on it, wailing about raycizms.
Most people other than his loved ones will never hear about Elijah Dewitt and he will be forgotten quickly, flushed down the memory hole along with the other half million Whites who are the victims of violent crime at the hands of blacks every year. I didn’t know this kid but I am pretty sure he deserved better than a violent death at the hands of two black animals, breathing his last in the parking lot of a mall, all because we have allowed these people to rampage out of control for decades.
Elijah DeWitt. Say his name.