It's 2022 and the capital of one of these United States....has no clean water? Jackson, Mississippi, mayor says he hopes water service can be restored this week, as residents endure lines for bottles
Of course the root cause is....racism!
Advocates have previously pointed to systemic and environmental racism as among the causes of Jackson’s ongoing water issues and lack of resources to address them. About 82.5% of Jackson’s population identifies as Black or African American, according to census data, while the state’s legislature is majority White.
See Papa Whitey needs to fix Jackson's water instead of the blacks running Jackson. It will supposedly take $2 billion to fix the problem in Jackson and of course you can be sure the diverse residents of Jackson won't be paying for most of that.
Let's remember the real victims here.... 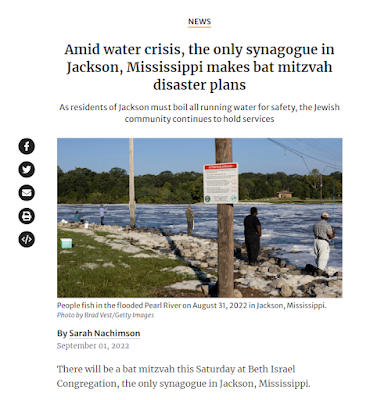 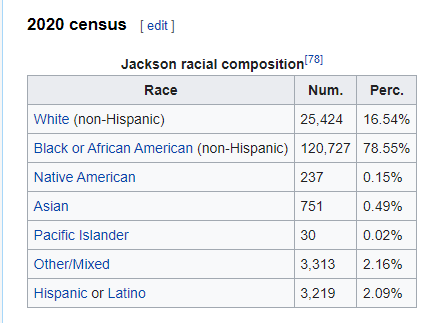 The mayor of this city is, and I am not making this up, one Chokwe Antar Lumumba.
No, seriously that is his name. His daddy is also named Chokwe Lumumba and he was mayor of Jackson from 2013 to 2014 when he died in office. Daddy Lumumba was "affiliated with the black nationalist organization Republic of New Afrika", a group that advocates for a separate black nation in the Southeast (Louisiana, Mississippi, Alabama, Georgia and South Carolina). I am a on board with that vision.
Chokwe Antar Lumumba, the current mayor, "is a self-described progressive and socialist. Lumumba has also referred to himself as a political revolutionary" and was elected in 2017 with 93% of the vote meaning a bunch of Whites either voted for him or just stayed home because why bother. This was a Bolshevik wet dream: 'The Nation commented that "Lumumba lit up the left press with his promise—delivered later that month in a speech at the People's Summit in Chicago—to make Jackson 'the most radical city on the planet.'”' I would say: Mission Accomplished! This was my favorite part of his wikipedia entry:

"Four months later, in November 2018, Bloomberg gave the City of Jackson $1 million to create art spotlighting food insecurity."
They should have given them a million bucks to create art spotlighting the lack of clean water. Or maybe they could have used that money to...oh I don't know, maybe fix the water system? Jackson has had a series of black mayors  and nothing but black mayors since 1997 but none of them did anything about the infrastructure. Go figure. Something about time preference....
A city full of Africans led by an African mayor, the son of a black separatist African mayor is going to lead to....Africa. This is true everywhere, from South Africa to Haiti to Detroit. You can fix the water system by throwing some money at it but you can't fix demographics.
Posted by Arthur Sido at 11:47 AM