We Know How This Ends

Back in the late 2000s we were in the Wild West of lending. I was working in banking running a banking center, at first for one of the biggest banks in the world and then for a large super-regional bank. Lending back then was crazy. If you could fog a mirror, you could get a loan. Real estate prices were wildly inflated thanks to easy credit, appraisers would appraise a place for pretty much whatever you needed them to and banks were offering stupid stuff like interest only mortgages and even less-than-interest only where your monthly payment didn't even cover the interest accrued so each month your principal balance went up. Good times.

Until it wasn't.
The public wasn't aware of it at first but the banks were. Suddenly the lending just stopped. One day the regional boss and the HR lady walked into the branch I was running in Northern Michigan, and that is never good, to tell me that even though my banking center was doing awesome, growing deposits in a major way and opening new accounts, they were going to convert my full service branch to a drive-thru only to cut costs, so I found myself running a branch in Taylor, Michigan next door to Dearbornistan, Michigan and a short hop to Detroit. I went from a client base that was almost entirely White, with a few Injuns in the mix, to a clientele that was about equal parts White, Muslim. mestizo and black. It was nearly impossible to get loans done, I remember quite clearly that the commercial lenders who had offices in my branch would come to the bank, grab some coffee and spend the morning reading the Wall Street Journal because there was no point in beating the bushes for loans when they wouldn't get approved anyway.
What happened is pretty well known. Thanks to government meddling and the bundling of mortgages into mortgage backed securities that were sold off, the underwriting of loans and especially mortgages went out the window and predictably it came back to bite the whole country in the ass. It damn near took the whole ship down but thanks to some financial chicanery we all pretended it was OK and it sort of stabilized.
Of course no one learned a goddamn thing from that fiasco because here we go... 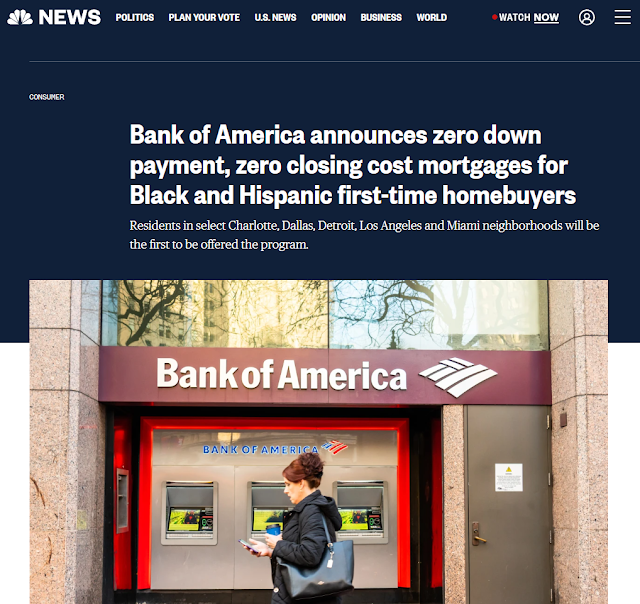 Bank of America announces zero down payment, zero closing cost mortgages for Black and Hispanic first-time homebuyers
Well that doesn't sound illegal or anything. Whites and Asians get to pay exorbitant closing costs and have different underwriting rules to qualify for a mortgage versus blacks and mestizos. It gets better.
The loans require no mortgage insurance — the additional fee typically charged to buyers who put down less than 20% of the purchase price — and no minimum credit score. Instead, eligibility will be based on factors like timely rent payments and on-time utility bill, phone and auto insurance payments. Prospective buyers must also complete a homebuyer certification course provided by Bank of America and federally approved housing counseling partners before they apply for the loan program, the bank said.
If you are White or Asian, just paying your cell phone and utility bill on time doesn't help you, although not paying them can hurt your credit. See, a utility bill isn't "credit", you are paying monthly for a service you are using immediately. In other words it is generally not thought of as something that indicates creditworthiness. Now people who are black or mestizo in certain neighborhoods of certain cities don't have to have any credit history at all, they just have to pay their phone bill and rent on time (not sure how they prove that since those payments are not generally reported). They also get out of PMI.
A quick search showed me this data: 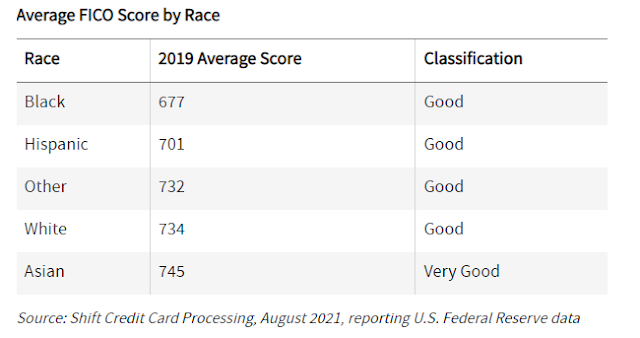 That jives with what my own experience showed. When I managed a bank in a mostly White area, the credit scores in general were much higher although young Whites, like most younger people, didn't have great credit. But when a bunch of my customers were black and brown? The credit scores went down dramatically.
Banks don't want to foreclose on your home, they lose a ton of money when that happens. They want you to pay back your loan with interest. If you have shown you are responsible with credit, they are more likely to loan you money. If on the other hand you have shown yourself to not be responsible with credit, they are less likely to do so. This is basic stuff but instead of telling blacks and mestizos that if they want to buy a home, they first need to save up some money and pay their current debt obligations on time, instead we will simply change the rules to give them mortgages.
Giving mortgages to people who are irresponsible with credit. I wonder how that will work out.... 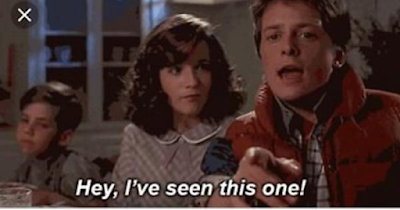 Watch for a wave of foreclosures in these special neighborhoods. With no skin in the game, no down payments or closing costs, these mortgages become de facto rental agreements. If you have thousands invested in a down payment and closing costs, you are more likely to make sure you pay your mortgage so you don't lose those funds. Without that? Sheeeit, who cares?
Next up, new rules that allow blacks and mestizos to miss mortgage payments indefinitely without penalty or foreclosure. All part of the brave new world with a two-tier system based on race.
Posted by Arthur Sido at 10:18 AM