As usual the memes have been epic in the wake of Ron DeSantis shipping a planeload of Venezuelan "refugees" to Martha's Vineyard. Some of my favorites, I love the AOC one. 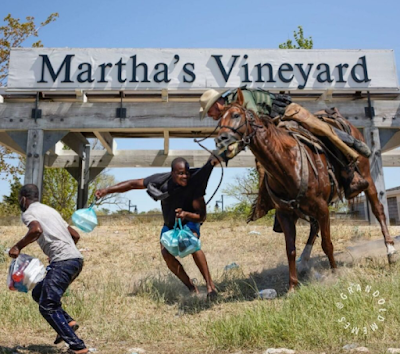 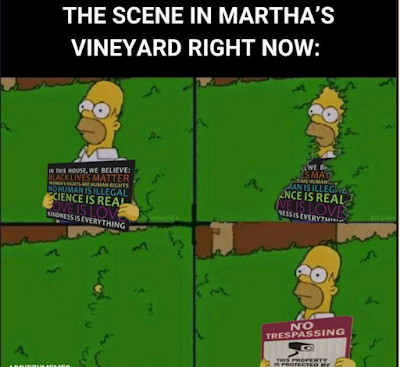 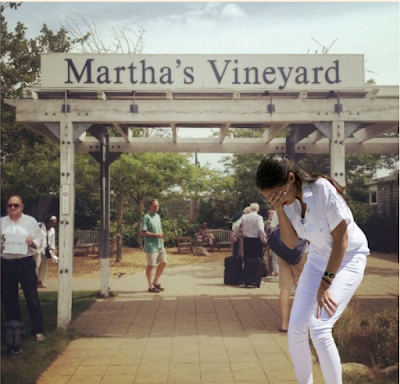 It was cute and it enraged all of the right people but on the other hand they should be using that money to dump these illegal aliens back into Mexico with their fingertips marked with indelible ink and a warning that they would be shot on sight if they tried to come back in the country.
What it did accomplish is exposing that for White liberals "diversity" is a weapon to be used for political power and to punish wrong-thinker Whites. It is a running gag but everyone understands that White liberals don't want to actually live among diversity. I pointed this out a few years back, This Is Kind Of Confusing, when I mentioned that the Obama's bought a $15 million estate on Martha's Vineyard in Edgartown, Mass, a town that is 93% White and less than 2% black. The Obama's could have purchased a home anywhere but they close a secluded seaside estate (what about the rising seas?!). With Secret Service protection they would be secure even in the shittiest black neighborhood in Detroit or Baltimore but nope, they don't want to live around blacks either.
NBC News deleted this tweet but the internet is forever, thanks to Not The Bee. 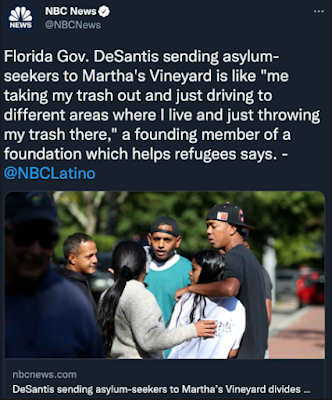 They "help refugees" but also consider "refugees" to be basically trash. Yikes.
Martha's Vineyard is like a lot of resort towns, a very large seasonal crowd that only shows up in the summer and a small and generally not well off year round population that mostly services tourists. We lived in resort area in northern Michigan near the town of Petoskey with a small permanent year-round population of residents that mainly worked in the service industry but was crammed full of people in the summer months. Locals called tourists "fudgies" because so many of them buy fudge at the local shops. For 9 months of the year it was a great place to live (if you don't mind six months of snow), scenic and peaceful but once Memorial Day rolled around traffic was out of control.
It reminded me of the entire Cape Cod/Martha's Vineyard/Nantucket crowd. When my brother was alive he was married to a woman from the Cape, her dad was the police chief of a larger town on Cape Cod. They were married on the Cape when my wife and I were a young couple with only one child at the time. The whole of Cape Cod is lily-White, according to Wikipedia Barnstable County is over 92% White with blacks and mestizos (mostly low wage service industry types I assume) at or below 2% each. That is pretty close to the 97% White demographics of my county in Indiana. The Cape is even segregated from the rest of Massachusetts by a moat: 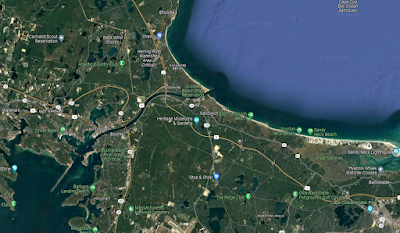 They call it the Cape Cod Canal but I know a moat when I see one.
The outrage they felt on seeing dirty Venezuelans being dumped on their swanky island was palpable. Of course they don't have facilities to take care of illegal aliens because they don't want them there. Maybe some tame non-Whites to wait tables and do yardwork would be OK, even if they are probably banging every liberal White teenaged girl that vacations there. But not feral, wild mestizos who don't know how to operate a leaf blower or prepare fresh oysters!
What was really delicious is that so many liberals said that DeSantis was using these illegal aliens as "political pawns" without a shred of shame because that is precisely how liberals use every non-White in America (other than Jews of course): as ethnic and racial weapons of mass destruction to break the ability of less enlightened Whites to achieve political goals.
If for no other reason that makes the DeSantis stunt useful and amusing but it doesn't matter in the grand scheme of things as demographic displacement can't be stopped at this point.
Posted by Arthur Sido at 12:55 PM