They are apparently going to hop Pedo Joe up with Adderall and throw him on TV during prime time to warn us again of the "danger" of "right wing extremism"
Biden to warn of threat to democracy from ‘MAGA Republicans,’ election deniers in prime-time address 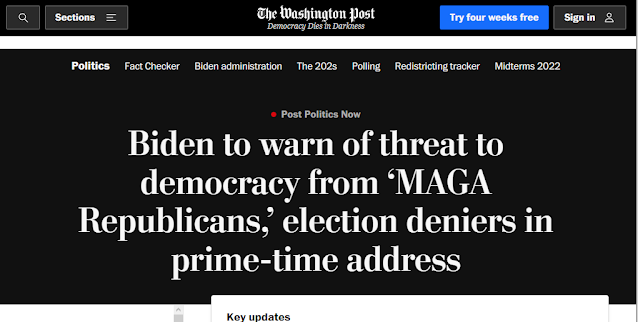 Yep, those damn dangerous "MAGA Republicans". Over 13,000 people murdered in 2022 so far, and how many of those people were shot by "MAGA Republicans"? Or the better question, were any of them shot by "MAGA Republicans"?
I am anticipating an especially strident Biden tonight. Ironically the story from the Washington Post linked above includes this:
Biden will focus on a movement that doesn’t recognize free and fair elections and increasingly talks about violence in response to actions they don’t like, a White House official said in a preview of the speech set to begin at 8 p.m. Former president Donald Trump and his allies have repeatedly claimed the 2020 election was rigged.
Meanwhile the same guy has been talking more about his non-Cialis induced prolonged erection at the thought of using an F-15 to bomb American citizens... 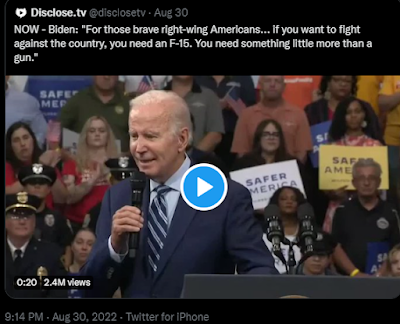 You can bet that will come up again tonight, followed in short order by a false flag shooting using one of those "assault weapons".
There has been a quiet build-up toward this address. A few weeks ago it was announced that Biden would host a "Unity Summit" on September 15th.
Biden to Host Unity Summit Against Hate-Fueled Violence
I am sure the summit will include the standard anti-2A, anti-White faces. If you go to the White House website today you can nominate a "Uniter". I nominated Adolf Hitler, I encourage you to submit similarly serious suggestions.
About a week later we got our regularly scheduled warning about "racially motivated attacks" that come out about once every few weeks.

Then we had Biden referring to 70 some odd million Americans as "semi-fascist", a claim repeated by various dimwits. 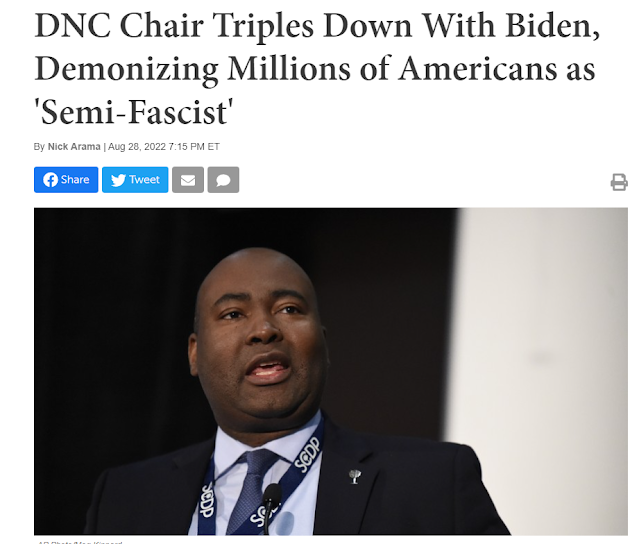 Remember, Sniffy Joe is hosting a summit called "United We Stand" while demonizing half of Americans and fantasizing about bombing Republicans who don't get with the program.
If we get what I expect, look for some serious executive orders cracking down on gun rights and free speech enforced by the increasingly militarized Federal bureaucracy. No matter what he says, don't Fedpoast. They are trying to incite someone to do something dumb to give them cover, although if we don't do it they will just stage a false flag anyway.
The clock is ticking down toward zero....
Posted by Arthur Sido at 5:54 PM