Bet You Didn't Hear About This One

The po-leece in Tarrant County, Texas foiled a mass shooting set to occur at a Homecoming game. When I saw the story on my email alert using the key words "mass shooting" and saw the names, I figured this would be huge news: Brandon Gipson and Isaac Cooper. Sounded like a couple of White guys and the media would be all over it.
Then I saw the mugshots. Not as frat boy as I thought. 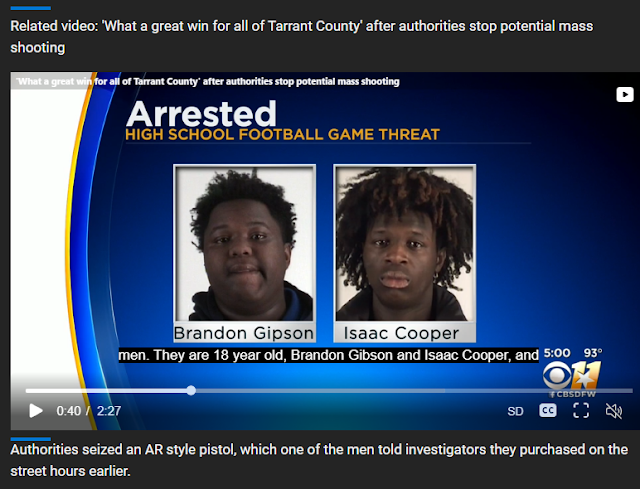 You can feel your IQ drop just looking at those pictures, especially Isaac on the right. Wow.
They had an "AR style pistol" and as usual with the brothers... 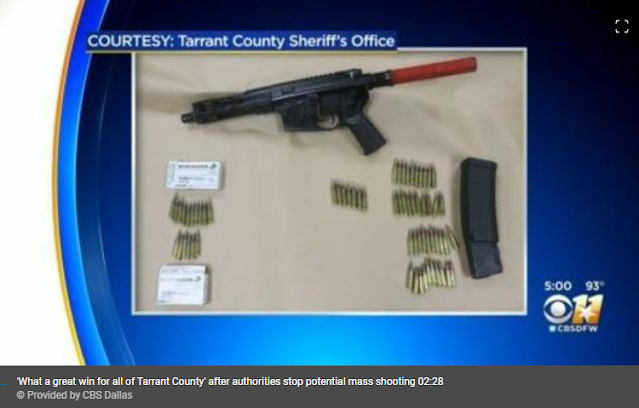 Did no one tell these fellas about that whole stabilizing brace thing, or just a regular stock since these two 18 year olds almost certainly obtained this pistol illegally? I haven't shot an AR pistol with just the buffer tube but I expect it loses a lot of accuracy. Not to mention that there are not even iron sights on that pistol so these geniuses were going with the "spray the crowd" tactic. I am admittedly not a certified "shooter" but without sights or some sort of brace I doubt I could hit much with any accuracy very far away.
Some elements are in place: shooting at a school even averted, AR pistol recovered but alas for the FBI they were a couple of colored kids so no one is making a big deal about it.
Meanwhile the Texas Tribune published a story bitching about a judge in Tarrant County, Alex Kim, because he sends too many "youths" to prison instead of to some alternate sentencing bullshit.
Tarrant County sends more kids to youth prisons than any other in Texas. Many blame this judge.
Many blame the judge but apparently no one blames the crappy parents and the asshole kids committing the crime. The story calls them "children" more than 25 times or "boys and girls" like they are preschoolers rather than teenaged dangerous criminals. "Boys and girls", GTFOH. Based on those two geniuses above, Tarrant County needs to send more "yoofs" to the slammer where they can't hurt anyone else.
Yet another story going down the memory hole
Posted by Arthur Sido at 10:23 AM