Something I keep saying over and over is that one of the advantages we have in the modern day is that our enemies have become far more open and blunt with their plans for us. It certainly makes the task of identifying the bad guys a whole lot easier. For example....
A homosexual Israeli named Yuval Noah Harari, widely regarded as the right-hand henchman for globalist criminal Klaus Schwab of the World Economic Forum, did a TED Talk the other day and part of his talk described how the vast majority of people are neither needed nor wanted by the globalist elites and they also seem to be suggesting that they have plans to get rid of most people. For reference, "most people" means "you". Here is Mr. Harari. 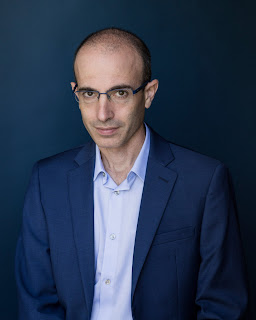 You don't even need to do an early life check. Here is a video that pulls the pertinent information from his TED Talk.
Some of the choice bits, transcribed by The Renegade Tribune, Yuval Harari: ‘We Just Don’t Need The Vast Majority of You’. Emphasis in red mine.

They are no longer part of the story of the future, and I think that – again, this is a hypothesis – if I try to understand and to connect to the deep resentment of people, in many places around the world, part of what might be going there is people realize – and they’re correct in thinking that – that, ‘The future doesn’t need me.

The normal people think that they don't have a place in the future and they are correct. They are superfluous and quite frankly an impediment to people like Yuval Noah Harari, intelligent homosexual degenerates.
Who exactly gave degenerates like Harari the "right" to dictate the future for the rest of humanity? He and his faggot "husband" are in a sterile relationship and they have no part of the story of the future of humanity. He is a genetic dead-end, although I assume he plans on cloning himself and his "husband" to create the next generation of Übermensch (overhuman). Ironic that the idea of the Übermensch versus the Untermensch (subhuman) was considered part of National Socialist ideology and in that system people like Yuval Noah Harari were definitely considered card carrying member of the Untermenschen and massive population reduction of the Untermenschen was another central theme. I am sure he doesn't see the irony.
Continuing on....

“Now, fast forward to the early 21st century when we just don’t need the vast majority of the population… because the future is about developing more and more sophisticated technology, like artificial intelligence [and] bio-engineering, Most people don’t contribute anything to that, except perhaps for their data, and whatever people are still doing which is useful, these technologies increasingly will make redundant and will make it possible to replace the people.”

When he says "we" don't need the vast majority of the population, who is the "we"? Well it is the globalist elite. Humanity outside of the elite only has utility insofar as we are serving them. Someone like me, living in rural Indiana and doing my own thing? What possible use am I to someone like Bill Gates or Klaus Schwab? Might as well get rid of me and my family.
Their plans require a massive technological leap to enable robotics, automation and AI to take care of the menial tasks that the little people take care of now. Food production, infrastructure, maintenance and sanitation, housekeeping. They certainly have some plan to replace the dirty humans that perform those tasks now without stooping to actually doing the work themselves.
The elites and their preferred underlings are systematically shutting the world's population out of the decision making process and writing us out of the future of the world entirely. While I am considered a "racist", I don't wish any harm on Africans in Africa or Jews in Israel or Muslim in the Middle East but people like George Soros and Bill Gates seem bent on widespread eradication of humans they have deemed superfluous and problematic, most of them black and brown people in the Global South. Who are the real racists again? Of course Harari and Schwab and company also want me and mine dead because we are problematic and aren't willing to simply go along with the program and get on the train to the gulag like good little Kulaks.
We are approaching the endgame of a very long war that drastically escalated in the last century. It is a winner-takes-all war unlike anything we have experienced before, even in the two World Wars. If we win, humanity has a chance to reverse course and seek a real future where the average people have both a stake and a place. If we lose, the vast majority of humanity will die and the only people that will be allowed to remain are the elites and their henchmen and servants. I assume that people like Gates and company are working on plans to prolong their lives in perpetuity via transhumanism and/or cloning. If they achieve immortality via technology and can find a way to replace humanity, why would they need or want us around? You weren't given a vote in this process anyway.
This is the message that needs to be pounded into our people. Democrat, Republican, it doesn't matter. This isn't a struggle to see which political vision dominates the next century. It is quite literally an existential struggle for the survival of most of humanity. Half measures, compromise and egalitarianism aren't going to win the struggle. The days for being nice guys is long gone. They mean to see you dead and if it takes billions of bodies to make their vision come true, so be it. They have shown their willingness to commit mass murder plenty of times, from the Holodomor to the Killing Fields. What are a few billion dead useless eaters?
However radicalized and extremist you have become over the last decade....isn't nearly radical and extreme enough. 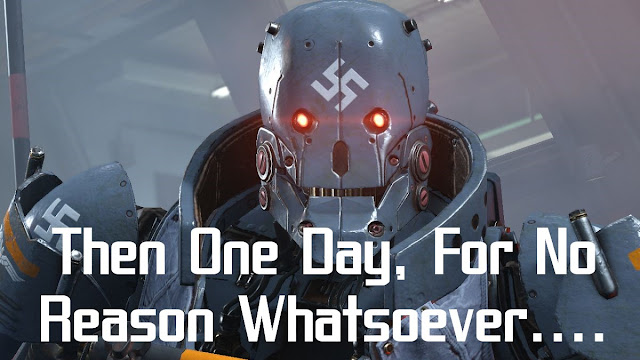