The Ever Predictable "News"

There was quite the kerfuffle in New Mexico of all places, and it did not involve a chemistry teacher turned meth cooking drug lord. Nope, there were targeted killings of Muslim men in Albuquerque and of course this sent the media and hustlers into a frenzy. Obviously these were "hate crimes" committed by some dastardly White supremacists! All the usual suspects showed up including our ever vigilant leaders... 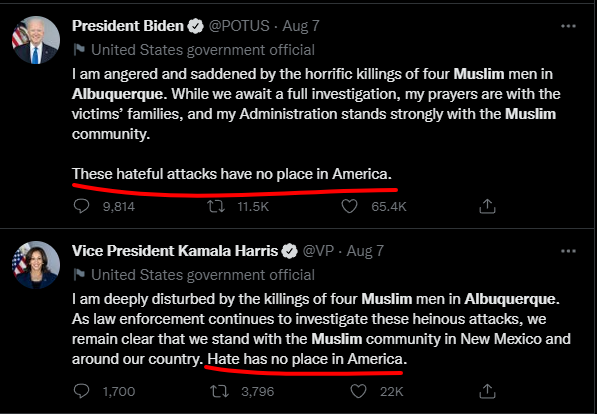 Hate has no place in America! Unless you are hating on White peeps.
Then check out this guy, CJ Werleman, a purported "Activist against Islamophobia". "Islamophobia" of course is that it is called when you notice Muslim behavior. 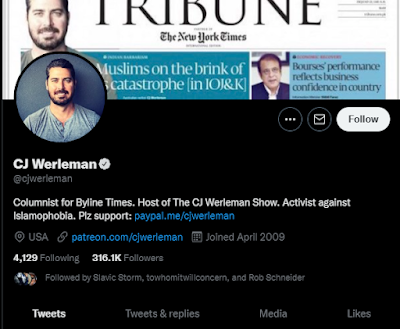 CJ was on the case and figured out who was to blame, and even had a back-up plan in case the first one fell apart. 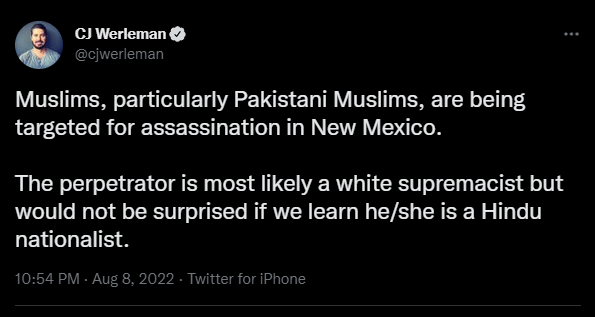 Those bastards! When will White supremacists stop attacking innocent Muslims. Or alternately Hindu nationalist fighting on the front lines in Albuquerque, New Mexico.
Well you just knew how this was going to end (HT: WRSA) 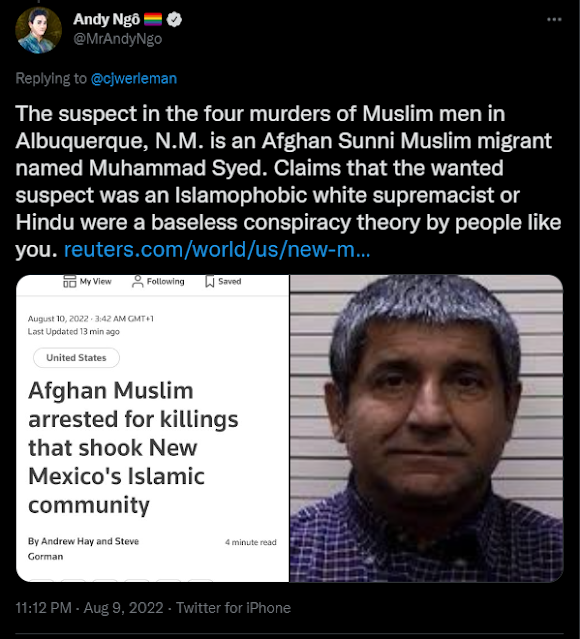 Muhammad Syed apparently is a Sunni Muslim from Afghanistan and was targeting Shia Muslims because those two groups of goat-fuckers have been fighting since...well since shortly after Mohammed molested that little girl.
The "news" has become utterly predictable. I saw this headline and guessed right away who was involved:
Arizona Wendy’s worker knocks out elderly customer with sucker punch: video
You guessed it... 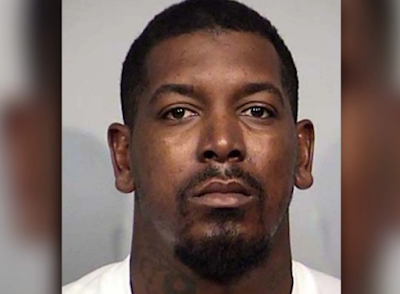 The employee is 35 year old Antoine Kendrick, a 35 year old man who is working at Wendys. No surprise, the elderly customer appears to be White and looks like a stiff wind would blow him over. 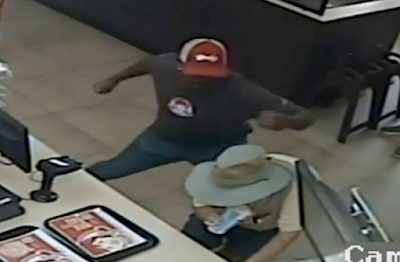 What a badass! Bravely knocking out an old man who can't even stand up straight and didn't see it coming. These African dudes are like mythical heroes slaying powerful foes.
Or the story out of Cincinnati and a mass shooting in "Over The Rhine", OTR being a notoriously shitty part of Cinci, where 9 people were injured. Guess who? 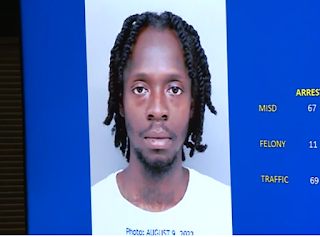