Not Being Rude Is White Supremacy

The Atlantic is a treasure trove of unintentionally hilarious woke nonsense that thinks of itself as the height of intellectualism. Like this.... 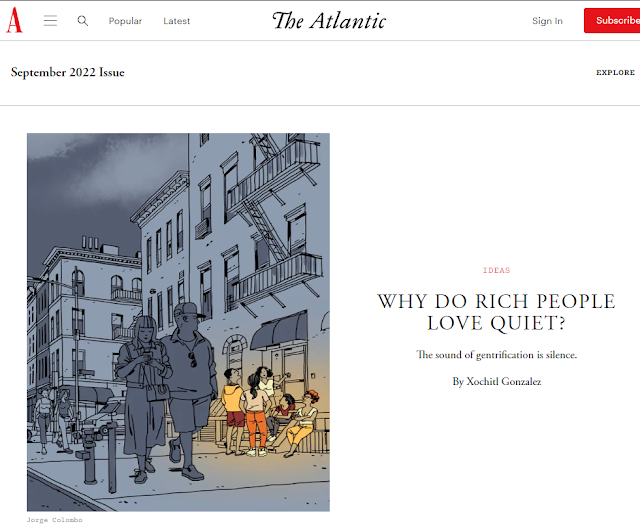 Notice the subtle way that the White people are shrouded in darkness while the sassy Latinas are the only light in the neighborhood. Where would we be without mestizos to brighten our cities?!
The essay is written by a chick named Xochitl Gonzalez so you know it is going to be good. I didn't know it was a broad's name until I went to her website and saw her pic: 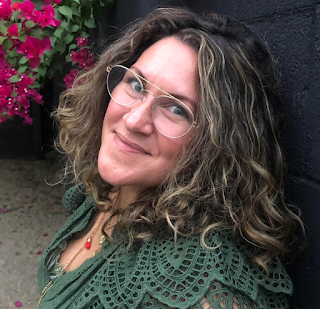 I should put out a warning before dropping a nightmare-inducing photo like that on the blog.
Her basic bitch is that a lot of people, especially wealthy people (in other words Whites and Asians), don't find it amusing or charming to listen to black and brown people screaming at the top of their lungs or playing their shit "music" at maximum decibels. Her "argument" is summed in this charming anecdote about her grandmother:
But one person’s loud is another person’s expression of joy. As my grandmother used to say, “I’m not yelling, this is just how I tawk!”
Oh OK, since that is just how you "tawk", or as we White people like to call it "yell", I guess we all have to modify our standards to accommodate you.
I trust you see the difference here.
I am not intruding on anyone else when I am being quiet but when they are being loud and rude? It absolutely impacts me whether I like it or not.
It is sort of like smoking. I can choose to not smoke but if people around me insist on smoking, I still end up coughing from their smoke and smelling like cigarette smoke. It isn't simply a matter of their personal preference when it negatively impacts me. I don't want to have to suffer through you bellowing a conversation or playing hip-hop at deafening decibels nor should I have to.
Her essay is a  frivolous and selfish example of a much broader issue: people who come to America and then demand that Americans conform to an alien standard instead of the other way around. Ms. Gonzalez writes:
We love our music. We love to dance. We love being Puerto Rican.
You know what Puerto Ricans don't love?
Being in Puerto Rico.
Not that I blame them but they leave Puerto Rico to come to America and then tell Americans that we have to adapt to them and no, I don't care about PR being a territory, Puerto Ricans are not Americans. They didn't have anything to do with the founding and building of the United States and they only started to really come here in large numbers in the middle of the last century.
In every imaginable way, Americans are being told that we have to change to suit the people who are coming here after making a mess of their own countries despite the simple logic that would tell them that what they are demanding we change is what makes America a place they wanted to come to in the first place. Now any time you wander into a large group of black or brown people, even you if avoid becoming the victim of a violent crime, you are treated to a cacophony of noise, corpulent black women bellowing into they phones and laughing uproariously or mestizos chattering in Spanish. Something as simple as decorum and basic common courtesy are now seen as "White supremacy".
Each passing day heritage Americans find ourselves strangers in our own country and told that we must endlessly accommodate every demand of every group while they in turn revile us and our history and traditions.
Posted by Arthur Sido at 4:08 PM