There was a lot that startled me when I was in Haiti but one of the ugliest aspects of that country is that there is trash everywhere. Not just mounded up in the streets but literal rivers of garbage. You can do a simple image search for "Haiti garbage" and get plenty of examples.... 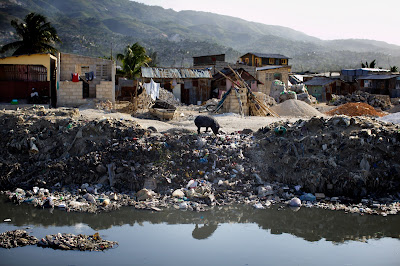 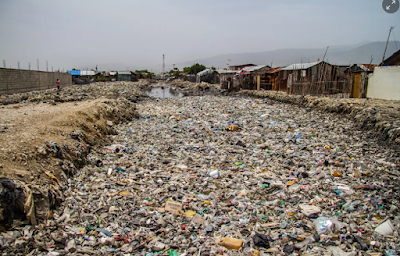 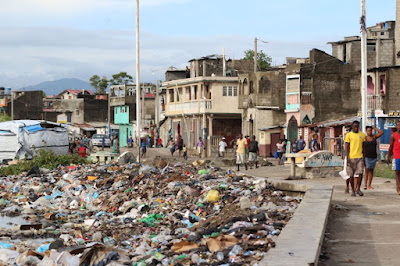 Haitians didn't even seem to notice that they lived in what amounts to a nation sized open garbage dump. There was no sanitation to mention, the water is dangerous to drink, livestock just wanders around everywhere (our bus driver in Haiti ran over someone's goat) and people just dump trash everywhere. While many Haitians were friendly and cheerful people, they were also pretty dumb as a whole and not terribly industrious.
This is true in many third world countries where people literally shit in the street and garbage is just dumped wherever it is handy. No one cares about the "environmental impact" or "carbon footprints". Concepts like that are reserved for more advanced societies where people have the time and the intelligence to understand the long term ramifications of littering and posses the inherent affection toward the natural aesthetic. East Asians tend to be clean and tidy people, as are Europeans. Africans, South Asians and South/Central Americans? Not so much.
In America we have long had anti-littering laws, campaigns against throwing your trash on the roadside and various other movements to preserve the natural beauty of North America. As a kid in the 1970s I saw the commercial with Iron Eyes Cody, the "Crying Indian" (an actor who was actually an Italian named Espera de Corti) who sheds a single tear watching people litter over and over.

Caring about the environment wasn't always a leftist political movement that ran cover for Marxism. I wrote about this last year in Conservation > Environmentalism. Something I pointed out in that post is that replacing White people who obsess over "nature" with black and brown people who don't is going to cause serious issues.
Replacing White people who are concerned with the environment with blacks and browns that don't is a genius move. Immigration relieves population pressure in the Third World and has an enormous impact on the environment. Ever seen pictures of the border crossings and the trash strewn all over? Or pictures from places like Haiti with literal rivers of garbage?
The same dipshits holding "Immigrants Welcome!" signs are also endlessly yapping about "climate change", never once making the connection between exploding populations and the need to feed those populations.
"Environmentalism" has always been a bogus movement but even it is being replaced by the endless racialization of our politics.
Unlike Haiti, most of Michigan outside of the Detroit-Flint corridor is a lovely place. If I had bought tickets for the recent billion dollar lotto prize and won I would have bolted for the Upper Peninsula as fast as my newly purchased Ferrari would take me. The small city of Kalamazoo is generally a nice place, home to Western Michigan University and generally a decent place to live. That might be changing thanks to the ever present cult of "diversity", "equity" and "racial justice". 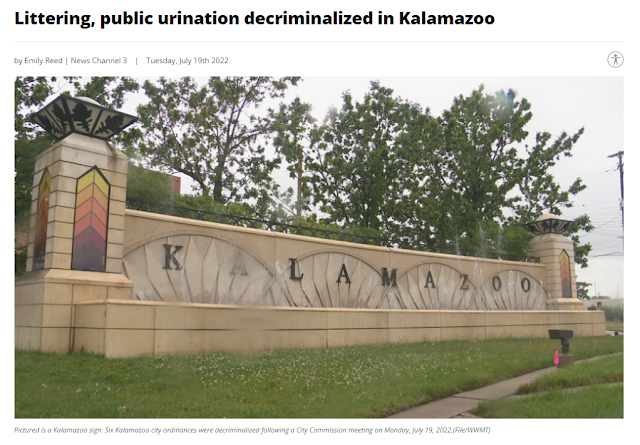 "We are eliminating certain offenses that are never or hardly ever enforced, like spitting on the sidewalk. There are other offenses that are being removed that no longer are considered a crime under either state law or state jurisprudence such as fortune telling," City Attorney Robinson clarified in the meeting.
The new ordinances are not legitimizing the violations, but decriminalizing them.
"They are still a violation of our ordinances it just no longer carries a criminal sentence," said City Attorney Clyde Robinson.
It's a violation of city ordinances but we just won't do anything about it. Riiight, I am sure that won't encourage people to litter and piss in public.
I guess if you are going to replace Americans with the third-world, you need to make the laws more migrant friendly. This follows a trend seen all across the country where "minor" violations are decriminalized, like fare jumping on the subway. Oddly enough many of these "minor" crimes tend to be committed overwhelmingly by certain racial groups.
While I understand that something like taking a shit behind a dumpster isn't a violent crime, these sorts of lifestyle crimes add up and they are not "victimless" crimes because decent people are stuck with living in cities where piles of shit are found on the street and you have to get a store clerk to unlock SPAM for you because shoplifting is out of control. It's been probably 20 years since I have been to San Francisco but I still recall that even though I was staying at the $400/night Ritz Carlton, when I went outside of the hotel the city reeked like a porta-a-john.
When you make it easier for people to be terrible human beings, they tend to respond by being even worse human beings. This is especially true among certain demographics who jack up every decent thing they touch. We are forcibly being mutated into a third world country via demographics and encouraging anti-social behavior. The elites pushing this won't be impacted by it but you can bet you and your kids will be.
Posted by Arthur Sido at 2:37 PM