More From The Ingratitude Files

Jared Taylor looks at the issue of South Asians who have come to America, done extraordinarily well for themselves and yet still manage to hate and resent the White people and our society that has enabled them to become very wealthy.
They hate us because they ain't us and I guess living in our superior civilization reminds them at a deep level of how little they contribute to the world.
What is irritating about Indians and Pakis is that no one made them come here. They weren't sold in chattel slavery in the 17th century and brought here against their will, someone in recent memory, within one or two generations typically, chose to leave the country they were in to come to this country full of White people, and they chose to come here precisely because of what is called "White supremacy". I can sort of understand the resentment of blacks, most of them had no choice in the matter (although no one is making them stay). Many of these semi-professional White hating South Asians have led lives of actual privilege that most Whites couldn't imagine.
For example, super bitchy Indian chick Saira Rao. Her family came to America and she was born in Richmond. She went to college at the University of Virginia, founded in 1819 by noted South Asian Thomas Jefferson before going on to law school at the New York University School of Law. She went to work for a law firm, Cleary Gottlieb Steen & Hamilton which sounds like it was also founded by South Asians, and not Jews and WASPs as the name indicates. She has worked as a TV producer and was a clerk for a Federal judge (that she later trashed in a novel). She has decided real work is too oppressive for her and now she spends her days trashing White people on Twitter and selling dinners to White women where she shits on them for being White for a measly few grand. From her website: 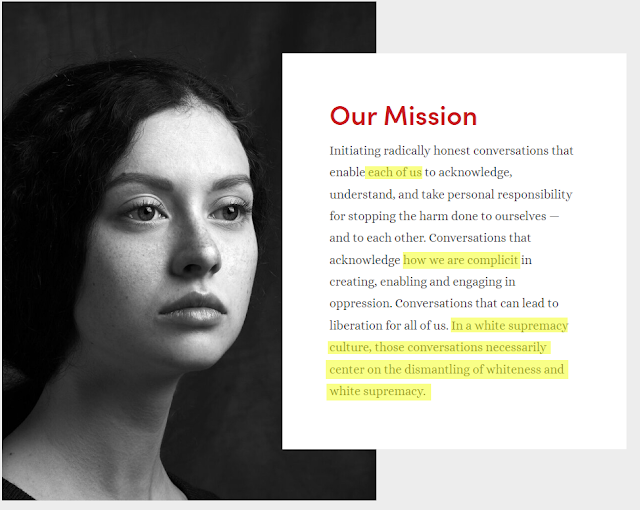 Notice that she wants to have a "radically honest conversation". Bullshit, I would love to have a radically honest conversation with this cunt but she wouldn't go for that, she only wants to berate stupid White women who pay for the privilege of having this dumb brown bimbo talking about "White supremacy". Notice also it is a "conversation" for "each of us" but all they are going to talk about is "White supremacy". It is a bargain to get treated like crap by Saira Rao, one generation removed from shitting in the street. 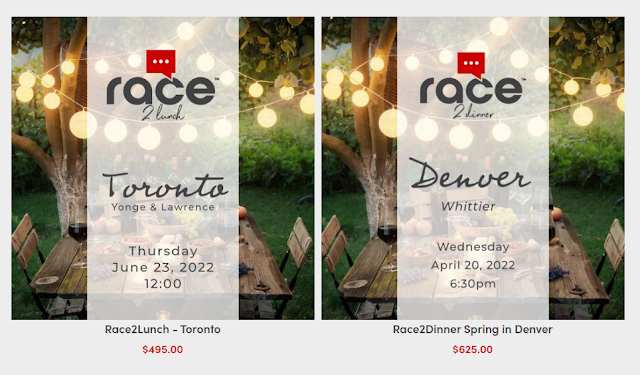 If you are such a stupid White broad that you would pay $625 for an evening of being shit on by Saira Rao, you deserve every bit of scorn she heaps on you. Saira Rao is a parasite, she adds nothing to the society that "oppresses" her and doesn't really do anything to help black, brown and "indigenous" women. All she does is screech at White women, apparently believing that if you just eradicate Whites, then of course brown and black people will return to harmony. Taylor talks about this and author Mohsin Hamid's book The Last White Man that envisions a world "free" from White people... 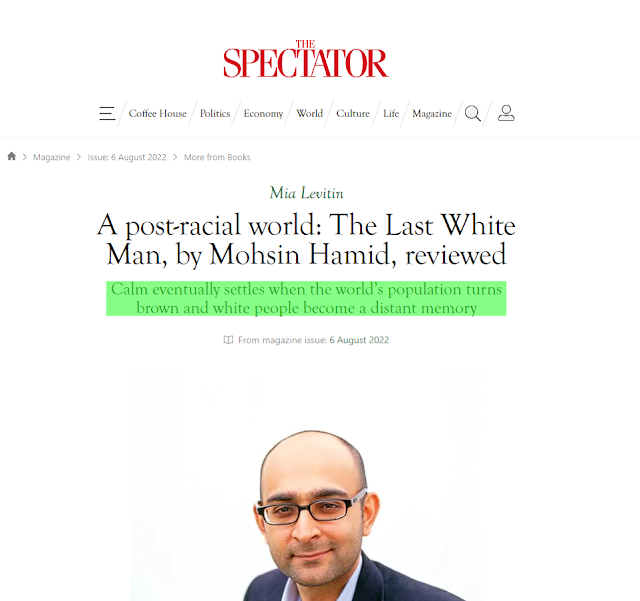 Yep, because absent White people you wouldn't see Sunni Muslims murdering Shia Muslims in New Mexico, they would just all get along smashingly. Talk about a punchable face.
Like I said, the ingratitude of these assholes is amazing. Just look around wherever you are. Odds are that everything you see, from computers and phones, to the building you live in to the lights on over your head, everything, was invented and designed by White men. Someone like Mohsin Hamid would have lived in squalor in Pakistan (?) without the intervention of White people.
It will be of some dark amusement to see these people learn what life is really like devoid of Whiteness. It's coming and very soon. The sooner the better I say, fuck these people.
Posted by Arthur Sido at 2:08 PM