While the media tries to cover up the chaos, in a marked change from how they covered this shit when Orange Man was in office, it is painfully obvious that things are spiraling out of control. We are in the midst of several years in a row with new records for black violent crime in most major cities and even in cities where murder and violent crime is "down", it is still at extremely high levels. Chicago for example....

We are at "only" 441 homicides year to date in Chicago and that is down quite a bit from the last two years but still far higher than years prior to 2016. Chicago is settling into a new normal for murders that is significantly higher than what it was just a half dozen years ago.
It is like this all over the place, in large cities and smaller alike.
It is not just the raw numbers but also the manner of violent crime, specifically it has grown far more brazen. Mass shootings are way up, according to the liberal Gun Violence Archive there have been 421 mass shootings so far in 2022 and that is more that every annual total since 2014 other than 2020 which saw 611 mass shootings and last year with 691. 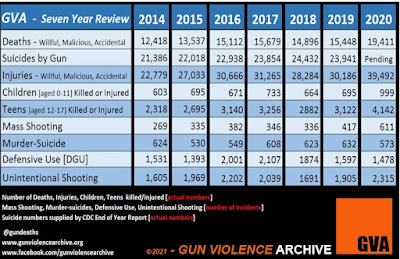 With 1/3 of the year yet to go we are certain to have our third year in a row with more than 600 mass shootings.
As I said, the violence is becoming more brazen, out in the open and in your face. Like this:

The driver was one Kutin Gyimah, he appears to be an actual African with a wife and four kids who worked hard and was trying to make a life in that shithole city. Unfortunately he decided to pick up five black yoofs and "teens" who refused to pay and then killed him when he objected. 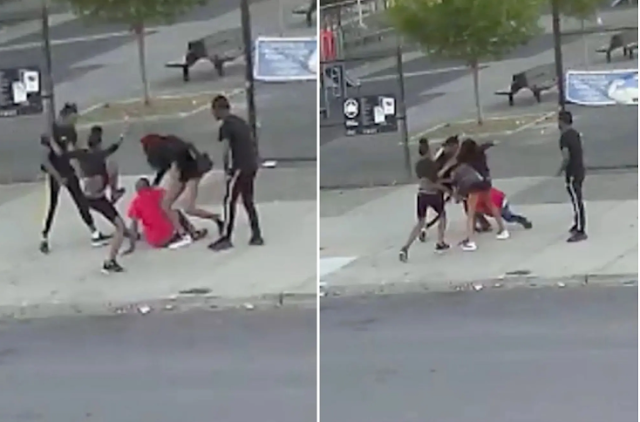 You see the usual pattern, five on one, much younger, etc.
Then there is this, but this has been happening for years.

Video of what happened after a street takeover at Fig/El Segundo pic.twitter.com/1WICUJGI90 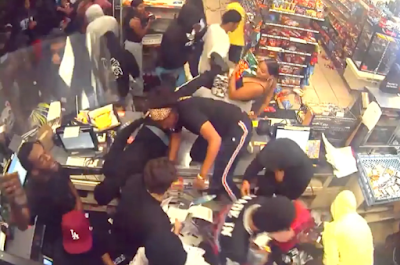 Back to New York City with another charming story, this time involving a Vietnamese guy maybe? Or Thai?
Sex fiend who nearly killed NYC man with sucker punch freed without bail
His name is Bui Van Phu, 55 years of age, and his victim is named Jesus Cortes, a 52 year old mestizo. Ain't diversity grand! Apparently the men didn't know each other and had no interaction so why did this Phu fella sucker punch him? Don't know. The Cortes fellow is in a medically induced coma while Bui Van Phu, who admitted to his parole officer that he did it, was only charged with two misdemeanors and released without bail. 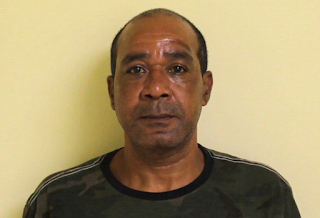 American Partisan put it well: YOU’RE LIVING IN WROL NOW. We are already living in a WROL, Without Rule Of Law, situation. Here is the tweet they referenced:

Keep in mind, this is without law enforcement for 10 minutes.

It wouldn't even have to be a major disruption for things to go haywire and then escalate. The police already can't respond in time to things like "flash mobs" ransacking stores or drag racing yoofs shutting down highways in Louisville. The criminals are following people home and robbing them at will because their victims are sure to be unarmed in most places and the cops can't get there quickly enough to make a difference. The more criminals get away with this crap, the more bold and brazen they will become and if we experience a significant domestic crisis? It will be on like Donkey Kong in every city in America.
It really is too late to tell people to Bug Out Now. If you haven't already or aren't in the process of doing so, you aren't going to figure it out until it is too late. The proportion of the population that follows the law whether cops are around or not is diminishing and being replaced by people who only respect the law of the jungle.
The rule of law is functionally dead in a lot of zip codes and it is spreading like an especially malignant cancer. In urban areas it won't be long before the "safe" areas cease to exist. What remains of "law enforcement" when it isn't oppressing decent Americans is overburdened and unable to keep up with rising crime. When the wheels come off I think it will happen rather suddenly and then flash mobs ransacking stores will look like the good old days.
Posted by Arthur Sido at 10:26 AM