In my post You Don't Say I mentioned the CBS story that exhibited some rare *actual* journalism in pointing out that at best 30% of aid reaches the Ukrainian front lines. This is what sensible people always suspected, this whole thing being a way to launder and funnel enormous amounts of cash to connected Ukrainian gangsters and American crooks.
Kids, this is 2022 and actual reporting is not allowed so CBS tucked their tail and retracted the whole thing. 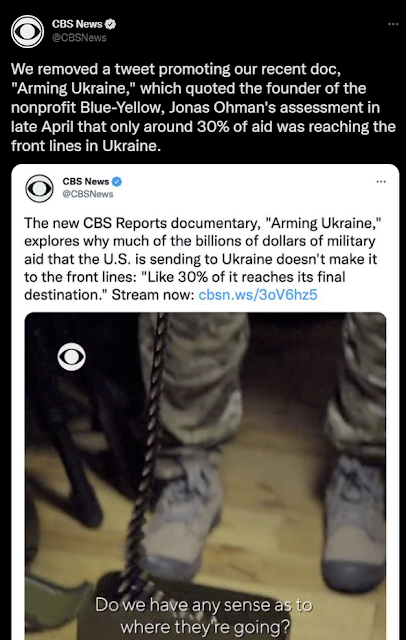 That weapons are going missing is not a shock or a wild accusation, everyone knows it was happening, even CNN admitted it. 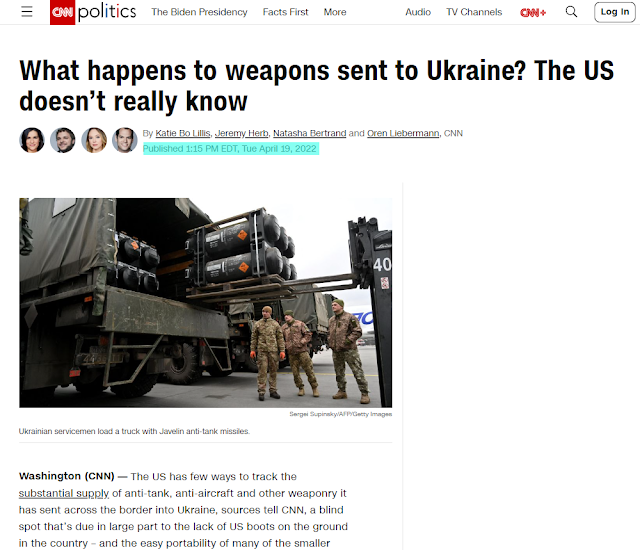 Many of these weapons are very portable, it would take very little effort to load them onto trucks or just use the trucks they are already on to take them to the highest bidder. It isn't like Ukraine was in good shape before the war, how do you think it is going now? 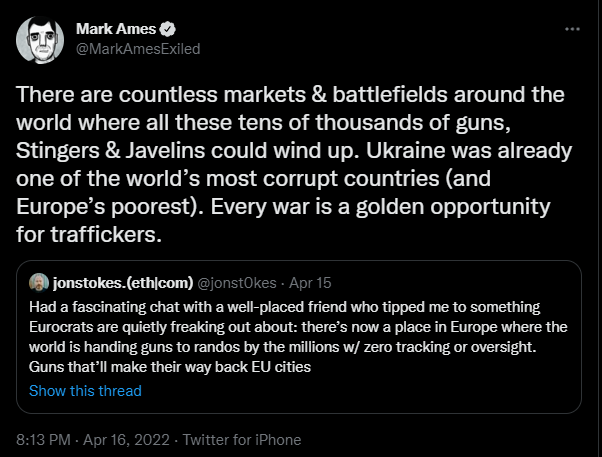 On the rare occasions when the news media manages to accidently do a journalism, they get slapped down for it. 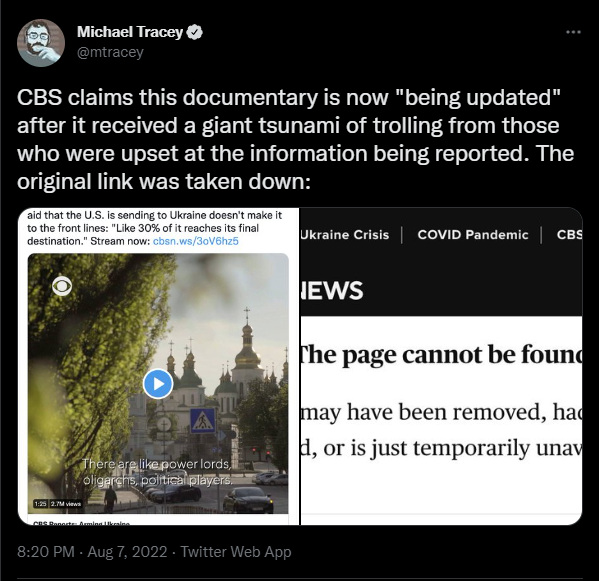 In other words, the "reporting" on the Ukraine war is basically being written, vetted and approved by pro-Ukrainian sources or the military contractors who stand to benefit from additional sales.
The lügenpresse be lying, all day, every day.

Email ThisBlogThis!Share to TwitterShare to FacebookShare to Pinterest
Labels: grift of the century