Back in the day I was involved in the evangelical countercult ministry movement. The basic gist is that it is a ministry that revolves around preventing groups labeled as cults from poaching current evangelicals, sort of defensive evangelism. It made sense at the time, most Christian denominations are bleeding members far faster than they are replacing them via birth and standard evangelism. When you have "missionaries" knocking on the doors of your members trying to lure them away it is an obvious problem, compounded by the simple fact that virtually all evangelicals, as well as Catholics, are ill prepared to defend and explain their faith.
The reason I was involved has a lot to do with having been Mormons for several years before joining a Christian church. Plus I like to argue with people and show them that they are wrong about stuff, so it was a natural fit for me. The "Church of Jesus Christ Of Latter-Day Saints", or the LDS or Mormons, are one of the main cult groups that were the focus of the countercult/anticult ministries because of their enormous proselytizing machine that sends pairs of young men (and some young women) around the country and the world to tell people about Joseph Smith and the "restored gospel". Other sects and cults they focus on included the Jehovah's Witnesses (another big proselytizing outfit), the Roman Catholic church and world religions like Islam.
While my worldview has shifted radically toward a general antipathy toward all organized religions, it is still the case that while most organized religions have some cultic aspects or manifestations, while some are overtly cultic including the LDS and Jehovah's.
One of the hallmarks of a cult is that they hammer into their members that they shouldn't really examine what they are told too closely. The Mormons have a fairly infamous saying "When the prophet speaks, the debate is over" (See: When the Prophet Speaks the Debate is Over). This is primarily because most cults make claims that are so preposterous they don't stand up under even the barest of scrutiny but you have to keep believing them because otherwise the whole thing falls down. Your faith must be in who is making the claims, not in what they are claiming. Joseph Smith was a prophet so therefore whatever he said must be true, not because his claims stand up to scrutiny but because who he is requires you to believe it on faith.
Modern liberalism has many of the hallmarks of a cult (as does modern "conservatism" of course). There are two types of leftist politics in America. There is the far left extreme, the globalists and neo-Bolsheviks who use antifa and bLM as shock troops to upend the system. Then there are the bulk of NormieLibs who think if we increase taxes a little more or spend just an extra couple of bucks on midnight basketball programs, everything will be OK. They are the left-wing version of right-wing Plan Trusters. The entire system is a carefully crafted story that they believe in, the story itself and not the details of the story.
They have to keep believing stuff like....
- Joe Biden won 81 million votes and his rambling, incoherent speech is caused by a stutter instead of late stage dementia.
- We are funding Ukraine because of FREEDOM, not as payback for Hunter Biden getting a high paying board gig for years that he was manifestly unqualified for.
- Kamala Harris is not an insane witch.
- Giving "vaccine" boosters to children who cannot walk yet is "following the science"
- Ellen Page is totally a boy because she had a voluntary double masectomy and calls herself "Elliot" now.
- Most of our problems in the education system are because we don't fund our schools, not that demographic change has created an impossible situation of trying to have a 1st world school system with 3rd world pupils.
...otherwise they are forced to admit that the whole thing is bullshit 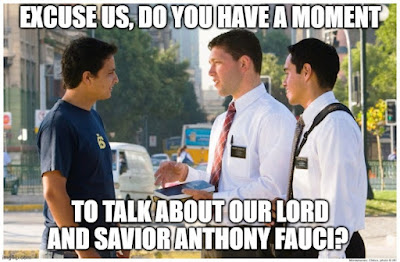 Do you wonder how it is possible that 30% of people polled approve of Joe Biden's performance? How could you? Even those who did vote for him realize he is a disaster, maybe better in their mind than Orange Man Bad but he hasn't accomplished much and what he has accomplished is all bad.
They say they approve of his job performance because they have to, it is an article of faith for them that he is the opposite of Trump and therefore can do no wrong. They have to believe because their entire worldview depends on Biden being successful and statesmanlike.
This is why it is useless to argue with NormieLibs. They not only lack the basic intellectual ability to engage in a real discussion, but more importantly they are religious fanatics. They won't contemplate whether their beliefs are valid because they simply cannot. To admit a possible flaw is unthinkable.
I spent way too much time trying to argue NormieLibs into becoming conservative and it was always a waste of time. If you are still doing it, please stop. Focus on drawing NormieCons to /ourside/ and leave the liberals to their fantasy. Sure you can and should mock and troll them for fun, but engage them like they are adults capable of making a coherent argument? Nah.
The Dissident Right mission field is ripe for the harvest in the NormieCon ranks, at least on the 10% farthest to the right. The days are short, your focus should be on where you can actually make a difference and trying to convince NormieLib cultists is not somewhere you can make that difference.
Posted by Arthur Sido at 3:32 PM