The latest Netflix pedo groomer show has a promo out and it is a doozy. The show is called Dead End: Paranormal Park and bills itself as a kids show about:
Two teens and a talking pug team up to battle demons at a haunted theme park and maybe even save the world from a supernatural apocalypse.
OK so that is a little weird but whatever. Then you see that there is a trailer for the show that features...well this: 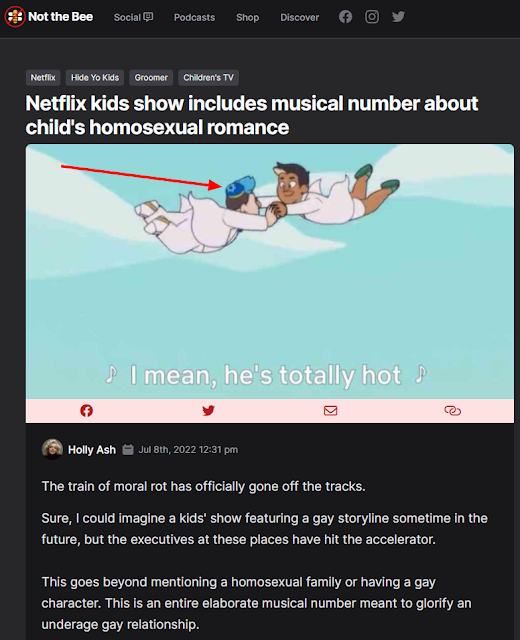 The main character is a gay Jewish kid who falls in love with a little brown boy and has a musical number about them being married in a Jewish wedding complete with the whole stomping on the glass thing.
Then we see that the actor playing the main character, Barney, is named "Zach Barack" and is a fruitcake in real life. "Zack" is a 5'1" Jewish girl taking hormones to stimulate facial hair. Playing a gay Jewish boy in a cartoon targeted at kids. How 2022 is that?
Again your reminder to not pay one red cent to any of these degenerate outfits creating this filth, not even when they occasionally have a decent non-woke flick like the new Top Gun because they use the revenue from those films to subsidize more degeneracy.
Posted by Arthur Sido at 6:43 PM