Do You See Now? 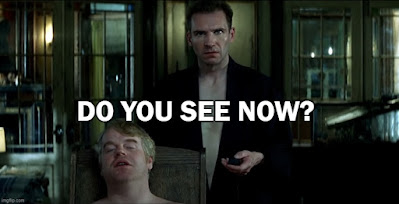 Even after all of the evidence keeps piling up, they still need to have their eyelids gnawed off to force them to look at the real picture.
This news story caught my eye. 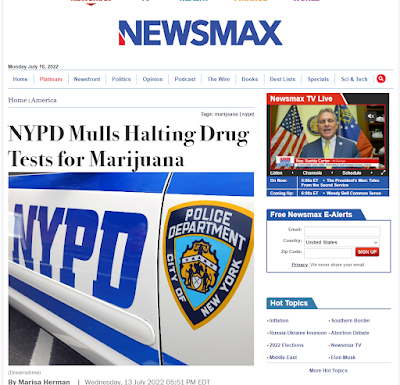 They are getting so desperate for recruits for the NYPD that they would stop testing for pot. It makes one wonder what sort of candidates they are actually hoping for. While I don't especially care if you are a midnight toker, I do think it somewhat dangerous that people who are given guns and authorized to use lethal force might be stoned while on duty.
The general antagonism toward police, often richly deserved, is definitely driving out the better cops and leaving behind the psychopaths.
Then look at the military. We have seen this going on for some time with the upper echelon brass getting more woke by the day and the push to embrace degenerates and freaks in the ranks while driving out the very people who have made the U.S. military a feared force for the last century, White men and usually White men from conservative rural and southern backgrounds. The Renegade Tribune ran this piece a few days ago:
House Democrats Pass Measure To Identify ‘Neo-Nazis’ In Military, Law Enforcement 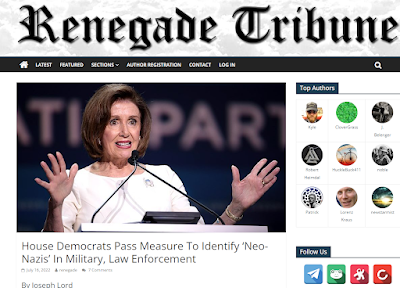 There aren't enough actual Neo-Nazis around to form a softball team but they have so expanded the definition to include most non-self-loathing White people. They also know that being called a Nazi or White supremacist/nationalist still terrifies most White people. Me? I don't give a shit, call me a Nazi or a racist, whatever you want. Words stopped scaring me a long time ago.
Nobody with any understanding of how wars are won or how crime is fought thinks that adding faggots and trannies will make you more prepared to do either. A 5'1" angry fat Lantinx lesbian isn't going to to take on a Russian soldier, no matter how fancy the gear she is given. Their motivations for stuff like defund the police and a new, more woke military have nothing to do with reducing violent crime or defending the American homeland.
The end goal seems to be pretty clear: replace the rank and file of civilian law enforcement and the military with people who will be more willing to follow orders to pull the trigger on White people.
Those who are joining the military and police now are going to be young people that have grown up being force-fed anti-White hatred like geese being raised for foie gras. Their lives suck, social media tells them so, and the only people to blame are White people. Someone like that is far more likely to pull the trigger on some uppity White farmer than a White Irish Catholic guy who comes from generations of cops.
Creating a legion of hired guns who will follow orders that are obviously immoral is the flip side of the disarmament push. Take our guns away on one hand and create a force of modern Hessian mercenaries who will gleefully abuse Whites on the other is the recipe for the conditions needed to undo centuries of social and economic progress enacted by Whites.
The days when those serving as cops and soldiers deserved our respect are quickly fading and in many places gone completely. What will be left is a massive, heavily armed apparatus that is trained to kill the citizens of our Republic. If you still harbor lingering nostalgia for cops and soldiers, it is time to excise those thoughts from your mind.
Posted by Arthur Sido at 10:48 AM