Time To Get Serious

If we are being honest, most of us are LARPing to some extent. Maybe not guys like Bison Prepper but the rest of us? We talk a good game but most of the time we are living like we don't really think things are going tits up imminently. At some point yes, but this evening? Nah, things seem OK.
Things always seem to be going OK, right until they aren't going OK.
Please note: If you are someone who thinks they are super serious, please save your outraged defense of your non-LARPing status, I am speaking in generalities and including myself.
It isn't a coincidence that gun guy t-shirts (Gadsden flag, Punisher skull, etc) are usually sold out in 3X and 4X long before they sell out the S and M. A lot of us are long on pew pew and short on "walking up a flight of stairs". 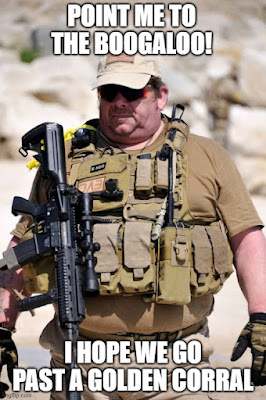 We have gotten away with it so far because the wheels have stubbornly stayed on the clown car. Everything I am seeing seems to suggest that the wheels are held on by a single lug and those threads are about stripped.
What is shifting has little to do with antifa fags or bLM or exploding crime in the urban areas. No one cares about those things right now. Instead what might be changing has more to do with normies.
Most people are normies, on the "left" and "right" of the political mainstream. In general they take a lot of abuse and deal with it by channeling their frustration into acceptable channels, arguing on social media, attachment to sports, etc That worked for decades mostly because they are incredibly comfortable. You can put up with a lot of indignity and ignore a lot of alarm bells when you have endless entertainment and new products to consume. When your comfort goes away though? Bad thoughts start creeping up.
It started with the one-two punch of Covid and the urban rioting following the death of George Floyd. People were suddenly scared. They went to the store and the toilet paper and chicken wings were gone. That isn't supposed to happen. They bought guns in enormous numbers because it was suddenly clear that the cops weren't going to save them. Their trust in the system collapsed overnight. When the 2020 election was obviously stolen, around 75 million Americans realized that they were effectively disenfranchised so in 2021 they bought EVEN MOAR GUNZ.
In 2022 things are getting worse for normie. Much worse. Gone are the big checks to bribe normie and even worse, inflation is making us all poorer. It isn't just gas prices and inflation. The news is all bad. Like this: 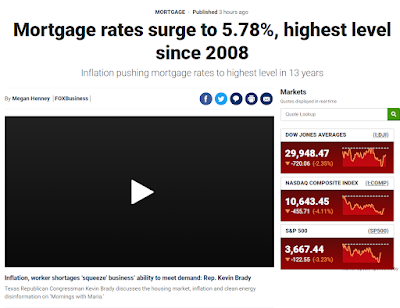 Add in that the average new home price in America soared past $500,000 earlier this year and even if own your home, will your kids be able to? Not likely unless they already bought one.
Then more good news. The S&P 500 is down from 4,796 at the beginning of the year to 3,666 yesterday. How is your 401k looking? 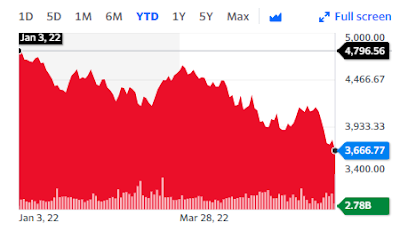 People are getting angrier by the day. A few of us online are one thing but if the average normie starts to act up?
The undercurrents of resentment are getting stronger and we are looking down the barrel of some really bad stuff, like food shortages on top of massive food cost inflation. Things are looking ugly and soon.
All of us need to get a lot more serious about everything and anything. Physical fitness, food and water self-sustainability, having the means to protect our loved ones and putting in the time to practice for that time we hope never comes.
Play time is over, getting serious time is upon us.
Posted by Arthur Sido at 8:03 PM