There Is Nothing More Pitiful Than A Groveling Normiecon

Even though every scrap of available data shows this to not be true, Normiecons still persist in repeating it including the obligatory conflation of "skin color" with race. 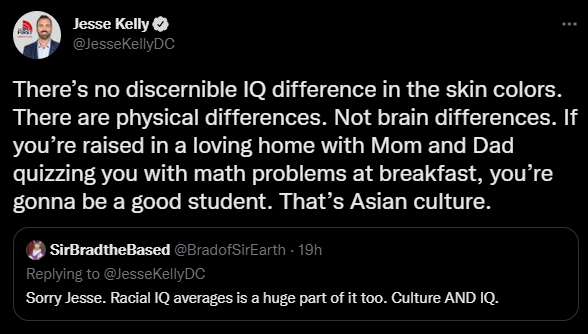 He knows it isn't true. Everyone knows it isn't true. So why persist in repeating it?
This is one of the dark secrets of the NormieCon. For all of his pretenses to hate everything about the Left, calling them DEMONcrats and other juvenile names, what he really desires is to be considered respectable. Not mean. Not racist.
They want to be liked.
Most Normiecons are very nice people who are desperately trying to not be angry over what they see around them so they find what they hope are respectable ways to lash out without seeming mean or racist/homophobic/misogynistic/whatever. It is why they latch on with such desperation to any black or brown person who is mildly conservative. Normiecons adore Candace Owens not because she is super smart or says anything really interesting. They love her because they think, wrongly, that proclaiming their love for her provides them with a shroud of respectability, a shield against being called racist by following her on social media and liking her tweets.
Nobody has ever saved their people and won their freedom by being nice.
It is ridiculous and embarrassing but it is what we have come to expect. The death of "conservatism" and the Republican party is a necessary next step to clear the way. They stopped being irrelevant and started to become an impediment decades ago.
Posted by Arthur Sido at 7:03 PM