The Age Of Scarcity 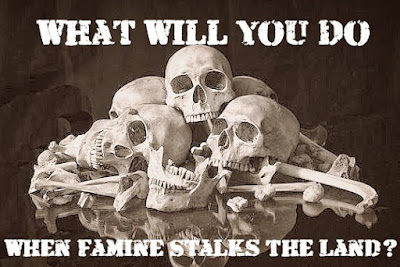 We often fail to recognize it but we live in a time of unimaginable plenty. Almost no one is going hungry or lacks for any basic necessities in our society. Even the poorest among us have far too many calories rather than too few. For less than a days wages you can get a weeks worth of calories for a family if you aren't being dumb. Almost anything you want can be had for relatively cheap and nearly in every case you can probably get it delivered to your home, for "free", in a couple of days. Even living out in the country as we do stuff comes next day frequently or even occasionally same day from Amazon. It is common to see FedEx, UPS and Amazon zipping around our country roads going from house to house to deliver stuff. Generally we have more stuff than we know what to do with and still want even more.
If we want to go somewhere we just hop in the car and go or if we are lazy and closer to town we get food delivered, even fast food, by one of the food delivery services. With the internet anyone can watch a nearly unlimited stream of entertainment every waking moment. It is an age of plenty like nothing in human history, for rich and poor alike. You cannot overstate what an anomaly this era is contrasted with virtually all of human history.
This age of excess is coming to a rapid halt.
In the "developing world" which never seems to develop past the point of perpetual dependency, the cracks are already showing. 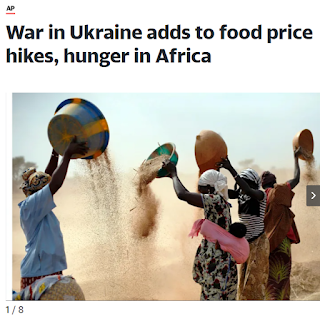 It now costs Ayan Hassan Abdirahman twice as much as it did just a few months ago to buy the wheat flour she uses to make breakfast each day for her 11 children in Somalia's capital.
Nearly all the wheat sold in Somalia comes from Ukraine and Russia, which have halted exports through the Black Sea since Moscow waged war on its neighbor on Feb. 24. The timing could not be worse: The U.N. has warned that an estimated 13 million people were facing severe hunger in the Horn of Africa region as a result of a persistent drought.
Thanks to misplaced White altruism we have subsidized Somalia so that women can have 11 kids with absolutely no way to feed them outside of Western food shipments. It sounds quite likely that we will be seeing the pictures of starving African children just like we have been seeing for my entire life but I suspect this time there won't be any Western aid coming.
As of 2018, there are reportedly over 1.3 billion people in Africa. Most lack the basic skills to provide for their own basic necessities and are completely reliant on White nations to feed them and provide basic medical care. Enormous amounts of money and effort are spent by Whites to prop up these nations and they respond by breeding out of control. Steve Sailer refers to this as The Most Important Graph in the World: 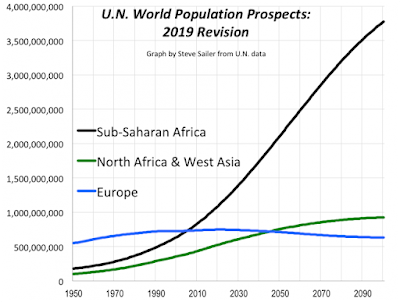 This chart assumes that growth is not interrupted by famine or plague, and that seems to be more likely than ever.
It won't be just in the "developing" world. Things are getting bad here. Just this morning we saw what everyone already knew, inflation continues to rage out of control and there is no sign that it is going to get any better. 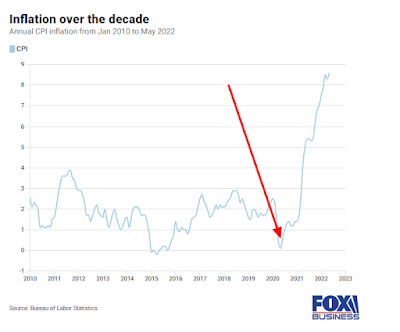 It is anecdotal to be sure but I am hearing a lot of people talking about cutting back, way back, on lots of stuff. Spending, travel, home improvements, etc. Just over a month ago I posted Get Two Of Each Animal and talked about getting a utility tractor. Since then (and thanks for all of the great feedback), we thought about it more and decided that maybe it wasn't the best idea. We can afford it fine right now but we are trying to tighten our belts now in anticipation of bad times ahead so we got my wife a new zero-turn mower for less than 1/3 of the utility tractors we were looking at. We can always hire an Amish kid with a skid loader for that kind of work.
People might not have a choice but to cut back on spending. There is plenty of easy credit around but even that has limits and we might be getting close to those limits. 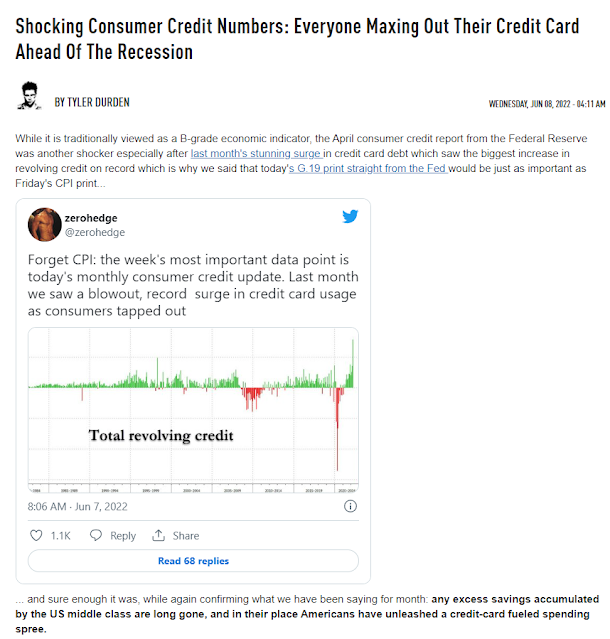 The total of "revolving credit" which is mostly credit cards and home equity loans is now back over $1.1 trillion.
As I keep saying, our economy is driven by consumer debt fueled consumption. For that to keep working people need access to credit and at some point lenders are going to get scared. With the economy in shambles, gas prices skyrocketing and looming food inflation on top of existing red hot inflation, households are going to be facing some grim decisions. In general, people will prioritize their limited revenue in more or less this order:
- Their residence, either the mortgage or rent. You need somewhere to live.
- Food and utilities. Gotta feed yourself and the kids. Utilities includes your phone and internet.
- Car payments. How else can you get to work?
- Other necessary fixed bills like insurance.
- Miscellaneous bills like credit card payments and medical bills are last on the list.
That is true for me, if things got really tight I would be sure we kept the house and the vehicles but if a bill had to be set aside? It would be a credit card payment. We pay our cards off, often on a daily basis, and haven't paid any interest on a card in years but if it was a choice between the mortgage and paying off the cards? I would let the cards slide. There is a reason that mortgage rates are much lower than credit cards rates, the risk is much higher that people will stop paying their cards instead of their house payment.
What often ends up happening is people borrowing from Peter to pay Paul, taking cash advances from one card to pay the minimum on another card. That obviously is not a viable long term strategy as eventually the minimum payments on cards get so large you cannot make them each month and then you end up defaulting or declaring bankruptcy. When consumers max out their cards and lenders stop giving them new credit, spending starts to really slow down and that my friends spells trouble with a capital "T". If we had a real economy driven by people adding value to raw materials, making stuff, that would be tough but in a fake and gay economy running off of buying consumer goods made overseas with easy credit? No credit means no economy.
People not being able to consume product and then get excited for next product is bad but if they can't eat? That is when wizened old bats like the ones in certain elected offices start to adorn the end of spikes with their heads.  Welcome to the Summer Of Starvation: 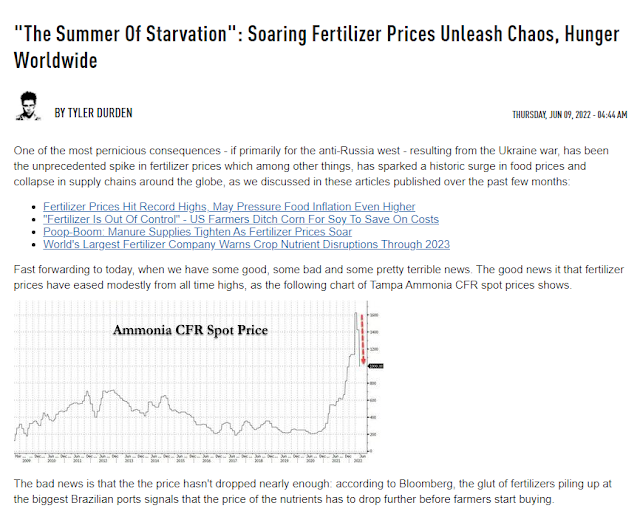