Let's Check In On America's Most Oppressed And Least Violent Demographic

Not a day goes by that we don't see more proof of the nobility and peacefulness of the American black man. 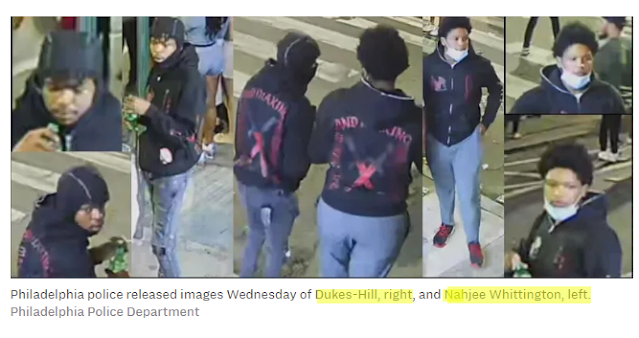 "Qaadir Dukes-Hill, 18, and Nahjee Whittington, 17". When a black woman names her son Qaadir or Nahjee, she pretty much condemns them to appearing in a story like this to be followed by decades or life in prison before they turn 20. There were 14 people shot in this fracas, 3 fatally including apparently one of the five shooters. From the story:
The teens captured in Richmond, Va.,, who are friends, fired randomly into the frightened crowd packing South Street even though they had no ties to the other men who fired gunshots before them, officials said....
... Dukes-Hill and Whittington, wearing matching hoodies, escalated the mayhem by pulling out handguns and firing moments after a gun battle had erupted on the 200 block of South Street — at least half-a-block from where the teens were standing, officials said.
“It appears they had guns and they took them out and randomly fired them,” said Joanne Pescatore, homicide chief in the District Attorney’s Office,.
I am not sure of the relevance of the matching hoodies but whatever. Of course the proper response to random gunfire is to fire into a crowd of random people randomly. That is what we did as rowdy teens back in my day. Ah I remember those glorious summer days in Waterville, Ohio when I would roam the streets in matching hoodies with my homies, and not in a gay way at all, and when we saw crowds of people we didn't know? We would shoot them. Also note that both of these fine teens are legally prohibited from buying a handgun but seem to have them anyway. How weird.
Then over to Charleston, South Carolina to a mass shooting that injured 12 (zero fatalities). 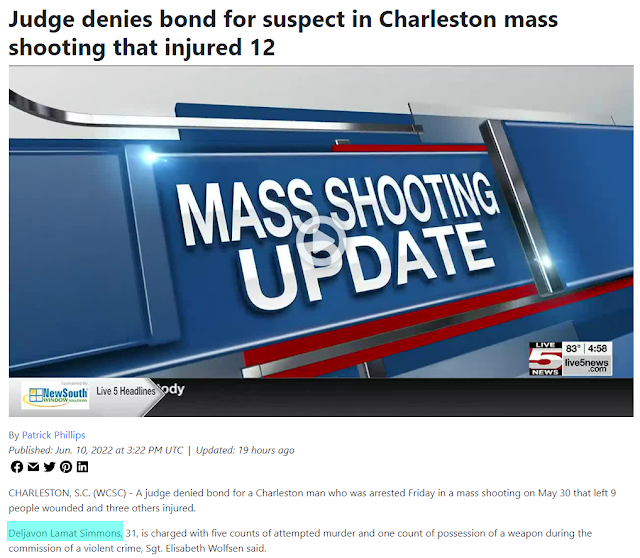 Deljavon Lamat Simmons, age 31 and "a former standout quarterback and basketball player at Burke High School". Again not sure of the relevance of a 31 year old black guy being good at sports 13 years ago but just like a black woman naming her son Qaadir or Nahjee, naming your son Deljavon pretty much ensures he is going to end up in prison. I am surprised he made it to 31 still walking the streets. Perhaps they will let him go after he employs this defense:
“I don’t want to go near that area. I will never touch another gun, like, to be honest with you, all those people that got shot, those are my friends,” Simmons said. “Every last one of them is my friends. I was running around the whole time just checking on everyone that had a gunshot wound because all of us were standing in the same area.”
Well with friends like that...
Fortunately Chicago has a solution to black men committing violence: 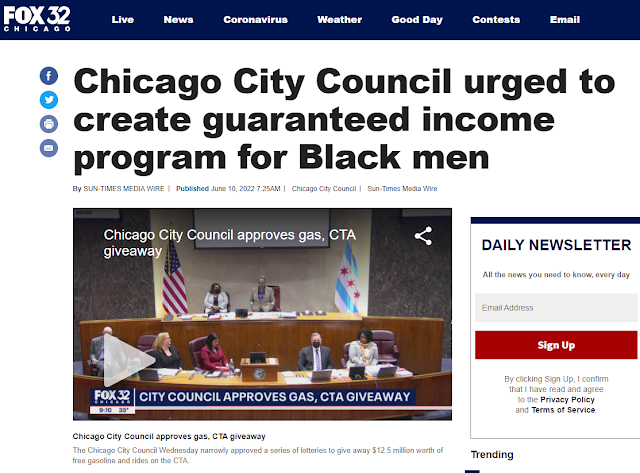 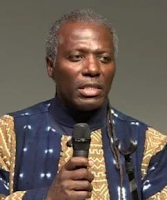 Mr. Howard is a slum lord or something in Chicago and is the "co-chair of the National Coalition of Blacks for Reparations in America" and can boast of these impressive credentials:
"Kamm is a Delta Mu Delta Honor Society member and holds a Bachelors Degree in Community Renewal and Political Science (Roosevelt University) and a Master’s Degree in Business Administration where he graduated in the inaugural graduating class of Roosevelt University’s Chicago School of Real Estate."
You probably haven't heard of "Roosevelt University", I sure hadn't, but it sounds like a top notch establishment of higher education. His presentation included a PowerPoint presentation and it makes a powerful argument for reparations:
Next came a slide headlined: "Reparations as Public Safety."
It recommended a guaranteed basic income program that "removes" Black men from the streets and "reduces dramatically their dependence on the illegal economy that is steeped in violence."
It noted the average income for those men is $700 to $900 a month, so a basic income of $600 to $800 would replace the bulk of that. The income would be provided for up to two years, and only if the men remain in remedial services, with the goal of eventually moving into the labor force and providing for their children.
"Reparations as Public Safety" sure sounds a lot like "Pay us or we will shoot people".
Question: if you give unemployed black men $600-800 per month, in Chicago, do you think that will encourage or discourage them from getting a paying job? Especially since even $800 per month in Chicago, a whopping $9600 per year, is not going to go very far toward paying the bills.
At least in 2022 we have come to the real argument:
black men are violent and if you want them to be less violent, give them free money
Anyhoo, this is a great video from Jared Taylor with lots of great data.
This is my favorite chart from the video (you can see all of them here) Why is it my favorite chart? Because it shows the lie behind the comparisons to Australia.
Australia is the gun grabbing Left's favorite "argument". They will say "See, Australia banned and confiscated guns and their homicide rate is much lower than ours!". As this chart shows, even though we have the highest rate of firearms ownership around, when you look at American Whites compared to Australians the homicide rate is basically the same, right around 3 per 100,000 residents. Canada is slightly lower than ours, right around 2 per 100,000. Australia and Canada also have very few blacks, although Canada keeps importing blacks and then wonders why their crime rate is going up.
The simple fact of the matter is that American Whites, despite owning a metric shit-ton of guns, are not more prone to homicide than people in heavily gun controlled countries like Australia and Canada. The higher homicide rate in America is attributable entirely to our black and to a lesser extent our mestizo population. We don't have a gun violence problem, we have a violent non-White/Asian problem.
Be sure to share that video and that chart with your normie friends and watch their heads explode right before they cut you off from their lives for making them think naughty thoughts.
Posted by Arthur Sido at 7:41 PM