It's Supposed To Be Exit Only 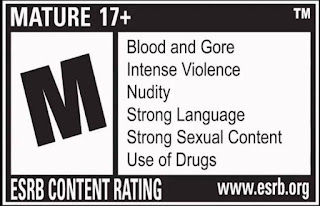 I don't normally do this but this post is covering some vulgar topics so if you are easily offended, and this stuff should offend you, don't read on. Maybe don't share this with your grandma. I'll put in a jump so you can scroll right past if you choose and I wouldn't blame you. It is also a pretty long post, you have been warned.
***************
This is one of those topics that we shouldn't even have to think about but it is 2022 so I guess it needs to be said. What better time to talk about it than during "Pride Month" where corporate America affirms that something revolting and shameful is in fact something to take pride in, especially if it helps to sell more products.

One of the historical barriers to the mainstreaming of faggotry in general is that it is simply revolting. Male on male sexual behavior is disgusting. This article pretty much sums it up. 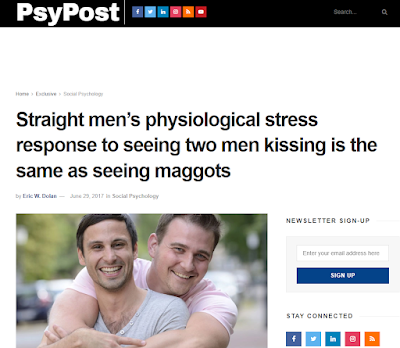 In heterosexual men, pictures of rotting flesh, maggots and spoiled food induce the same physiological stress response as pictures of two men kissing each other. That is the surprising finding that was recently published in the peer-reviewed scientific journal Psychology & Sexuality.
I find it even more revolting. I don't blame a maggot for being gross, their appearance is in their nature, nor do I blame food for rotting. A dude kissing another dude? That is a willful act of violence upon the senses and it is foul to the core. Dudes don't mind watching a couple of chicks go at it but do you know any women who are turned on by a dude sodomizing another dude? If you do know any women turned on by that, you need to find a better class of chicks to hang around.
Back in 1996-1997 or thereabouts my boss was a gay guy. Really nice fellow although he clearly had daddy issues. He often overshared with me about his lifestyle including telling me about his annual visit to a proctologist to make sure nothing was damaged in his poop chute. I was around 25 at the time and he was in his early 30s, about six years older than me. When I was in my 30s I didn't need to go see a proctologist every year or at all, because I didn't have anything shoved in my ass.
That was then, now we have Twitter posts about a special diet for dudes who take it in the ass so they don't shit on the bed or something. 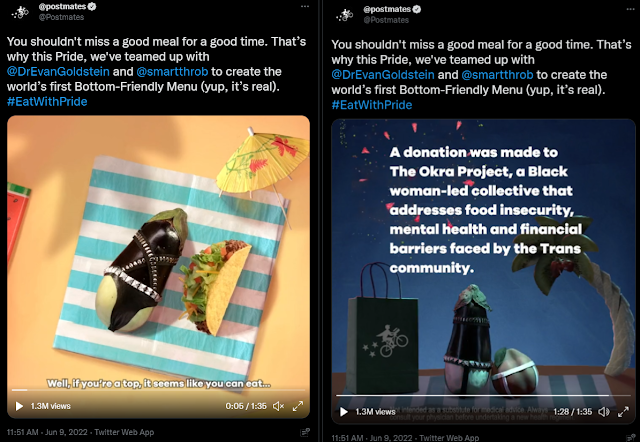 That is a papaya maybe, dressed up like Rob Halford from Judas Priest? I didn't know, and sure as shit didn't want to know, that some fags are called "tops" and some fags are called "bottoms". I'll let you figure out the references. Regardless the video talks about the importance of a proper diet to keep your rectum clear for "a good time" developed by Dr. Evan Goldstein. Yes. Goldstein. Go figure. "Dr." Goldstein is an osteopath, not an actual MD medical doctor and his practice focuses on the really important stuff like this: 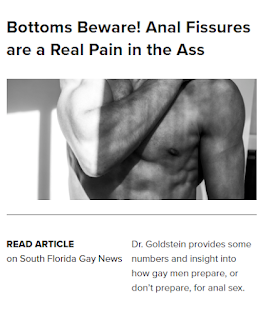 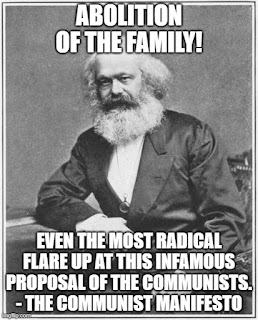 For Marxism to be accepted, any barriers to Marxism must be removed. Private property, the family, individuality, religion. The issue? People didn't want to get rid of those things. They liked them. Marx infamously called religion the opiate of the masses but the masses like their religion. They like the feeling of purpose it gives them, far more than the purpose they feel working for the state just so they can stand in breadlines until they die. People like having a family, and to the horror of ugly women everywhere women like having a husband and having kids, raising them and caring for the home.
This is still their mission, as Exhibit A I present this article in The Nation magazine from 2019: Want to Dismantle Capitalism? Abolish the Family 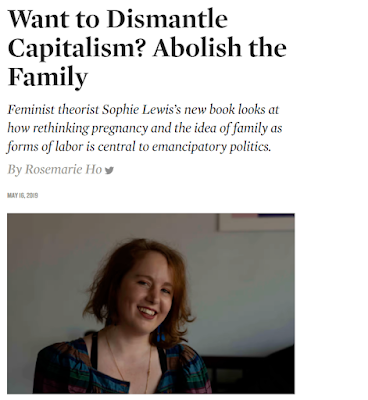 You rightly assumed that the subject of the piece, a so-called "Feminist theorist" named Sophie Lewis, would be a homely bitch no one would want to marry or even have drunk casual sex with. Amusingly she was interviewed by the aptly named Rosemarie Ho, who manages to master the resting bitch face.

Ho? Imma gonna say "no".
How then do they eliminate these barriers to the acceptance of Marxism?
You know most of them. Feminism quickly gave up pretending to be about "equal rights" for women and morphed into man-hating far-left lesbianism. As the late, mostly great Rush Limbaugh used to say: 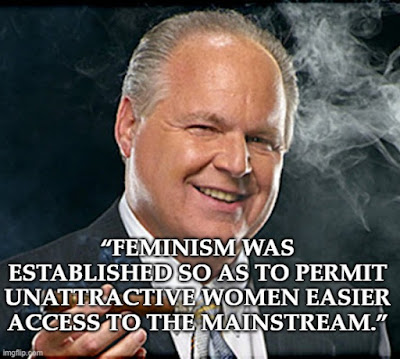 Downstream from the 19th Amendment granting women the "right" to vote in 1920, we got stuff like widespread contraception that separated sex and child-bearing, no-fault/easy divorces to provide an escape hatch from marriage, abortion on demand becoming another "right", latchkey children coming home to an empty house after school and an increasing percentage of babies being raised by strangers so mom could go fulfill the feminist dream of pushing papers in a cubicle. It only took about 40 years from the ratification of the 19th Amendment to the start of the "sexual revolution" that spelled the beginning of the end for marriage in America.
Elsewhere we saw the Long March through the institutions that started in the entertainment industry and the schooling-industrial complex but now has achieved near total victory by infiltration of two major holdouts, the military and the Christian church.
A problem remained. For all of their efforts to the contrary, men still wanted to have sex with women and women still wanted to have sex with men, and all too often they did and fell in love and got married and had kids (the order varied quite a bit). That means families, messy though they might be, and family is bad for Bolshevism.
The solution? Provide an alternate outlet for sexual behavior.
We saw this decades ago in media attempts to normalize homosexual behavior. It started off with adding harmless and often humorous gay characters into TV shows and movies. They were funny and nice so of course all homosexuals are funny and nice. You didn't see men in bondage gear grinding on each other as you see in "pride" parades today.
To me this culminated in 1999 with the deeply degenerate, Oscar aware winning film "American Beauty". The film is set in suburbia and is heavy handed with the stereotypes and tropes of the "horror" of suburban life, especially the character of Lester Burnham played by deviant Kevin Spacey, a man in a loveless marriage who quits his job, works in a fast food joint and lusts after his teenaged daughter's best friend. The whole film is about as subtle as a steamroller. Suburban mom who is cold and bitchy? Check. Suburban dad who just wants to smoke pot and bang the teenaged friend of his daughter? Check. The next door neighbor who is a White guy, an abusive father and husband, a colonel in the Marines and of course is secretly a NAZI (because all suburban White guys are)? Checkity check check.
In stark contrast to the dysfunctional families that dominate the movie, we have a nice, normal couple. That couple? Jim and Jim. 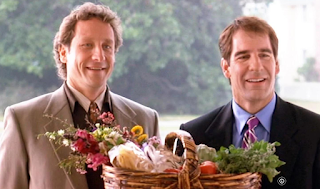 One Jim is a tax attorney and the other Jim is an anesthesiologist. They are well dressed, friendly, great neighbors. Get it? The gay guys are the only normal people in the suburb. I made that comment to my sister who lives near D.C. once and she got defensive and flustered, claiming it wasn't true but then again the writer and co-producer of American Beauty kinda comes right out and says it: