Don't Fall For It

I received an email notification from Rumble this morning that two days ago, former Hawaii representative and Democrat candidate for President Tulsi Gabbard posted a brief video on her Rumble page, People need the freedom and power to protect themselves. The video in question is just a 15 second screenshot that says this: 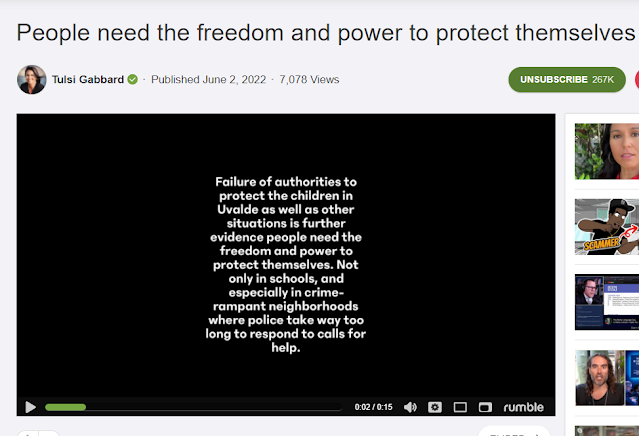 She has the same message on her Twitter page. It is the same sort of thing people like me would say, we need firearms to protect ourselves although she leaves out the part where that is a right guaranteed in the Constitution, not just a nice concept. Also no mention of the fact that the most dangerous villains we need firearms to defend ourselves from are mostly the people in suits in Washington D.C.
A lot of conservatives like Tulsi. She is pretty cute and she is on Fox News all the time now. She spends a lot of time, and always has, railing against the military-industrial complex. In fact she was the only prominent Democrat in 2020 running against Trump who was openly anti-war. The remainder of the field was reliably on board with foreign interventions. I have said before that she could have a real political future sort of threading the middle of the road needle but she has some major problems that are non-starters for me.
Here is why I have my doubts about Tulsi's public embrace of having the right and the ability to protect ourselves.
Back in 2020, I did a post about Black Rifle Cuck Coffee Company: I Hate Phonies. In this post I pointed out that the good fellas running BRCCC are not /ourguys/ at all. After the Kyle Rittenhouse blow-up, other people discovered that the head of BRCCC, one Evan Hafer, donated money to Barack Obama and Tulsi Gabbard. In the post I showed that Tulsi Gabbard is far from being a supporter of the 2nd Amendment. At the time I wrote:
Gabbard pledged to ban "assault weapons" which are what are commonly known in our circles as "black rifles". It might be just generic support for these measures necessary to get in the door of Democrat political circles but her support is right on her campaign website.
The founder of Black Rifle Coffee Company gave money in November of last year to a politician who wants to ban.....black rifles. BRCC is all over the gun industry and they are buddies with all the gun-tube guys who make videos about firearms that people like me watch. They are also, at the highest levels anyway, working at odds with us. Sure it isn't a lot of money, $500 to Tulsi and $500 to Obama but it is still a poke in the eye.
For a business taking about honor and loyalty and all the buzzwords, a company that makes money selling to patriots and gun owners, to be headed by someone giving money to people working to strip away our freedoms is revolting. It is fake and dishonest and I hate people who are fake.
Damn I hate phonies like Evan Hafer.
How was I so sure that Tulsi was anti-gun? Because she said so right on her website. I took this screenshot on November 24, 2020. 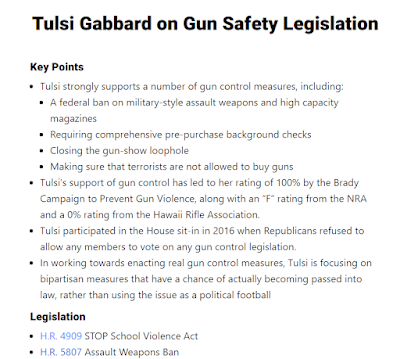 As I said back then, it might be just what her people said she needed to say to be in the Democrat primaries but this was on her website for her campaign so she is responsible for it. My post also had a link to her campaign website from 2020 and I followed the link to the page I screenshot... 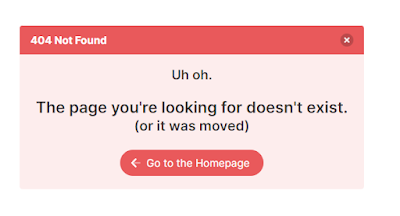 In fact all of the position pages on her campaign site have been scrubbed. But the internet is forever and of course people archived that page: Tulsi Gabbard On Gun Safety Legislation. The archived page includes links to tweets and youtube videos of Tulsi calling for a ban on "assault weapons", background checks for private sales, and one of the most damning pieces of evidence, Tulsi proudly declaring that she voted no on national concealed carry reciprocity.

If nothing else, someone who claims now to be in favor of us having the freedom and power to protect ourselves while voting against making concealed carry reciprocity national certainly seems a bit suspect.
Don't get fooled. Tulsi was virulently anti-gun just a couple of years ago when she was running for President. Maybe she has changed her mind, maybe not, but she is a 41 year old woman so I should think she has some well established positions. She is experiencing something of a major shift politically, at least according to her recent statements. She spoke at CPAC and in the past has been in favor of mild abortion restrictions and also sponsored a bill to protect women's sports from trannies as she was leaving Congress. Her shift on guns might be legit but we will need to give it some time to see if it is real or just a political pivot as she eyes a run in 2024.
I suspect that she was never as far to the Left as her campaign seemed to be, she simply adopted those extreme positions as the cost of being an elected Democrat, but if that is true it doesn't say much about her character. Just because she shows up on Fox News and looks good in a pair of yoga pants doesn't make her /ourgal/.
Posted by Arthur Sido at 8:05 AM