We Have A BIG Problem

An article at VDare caught my eye and I wanted to share it: Old Navy Invests In Clothing Size Equity, Craters
Many of you probably saw it already as I assume many of my readers overlap with VDare readers. Their article points to this article at the Wall Street Journal
Old Navy Made Clothing Sizes for Everyone. It Backfired.
The gist of the story is that in their drive to focus on plus sizes they ended up not having enough of the middle sizes and were always out of stock on everything but teeny tiny sizes and very large sizes. The thing that really got me was this part:
The average American woman is a size 18 today, up from a size 14 five years ago, according to Don Howard, executive director of Alvanon, which works with brands and retailers on sizing and fit.
The mean weight for women aged 20 and over was 170.8 pounds as of 2016, according to the most recent data from the National Center for Health Statistics. That is up from 163.6 pounds in 2000.
That is pretty significant. As a young man, a woman who was a size 18 was, to be blunt, fat. Now the average woman is a size 18, and that includes all adult women and not just 63 year old women who raised four kids. I have mentioned this before, high school and college age girls when I was in college were much smaller than their counterparts today. I am guessing that the average girl was a single digit size, probably size 8. Pictures from school sporting events now often include obese cheerleaders and even some pretty fat girls playing volleyball and basketball. What makes this even more startling is that the average size has gone up from a 14 to 18 in just five years, although that might be more women embracing "body positivity" and buying the actual size they should wear.
Of course one additional problem: what looks good on a 19 year old size 4 girl does not look good on a 45 year old size 18 woman. When stores had sections for "plus size" women it made it easier to look for clothing that fit and was appropriate for women who were not twiggy teens. Now every style is offered in every size and that makes for a lot of sizes on a rack.
It isn't just women of course, men are a lot fatter than before as well. I have noticed that t-shirts of various sorts like "Don't tread on me" stuff are usually sold out of 4X and 5X while plenty of S and M are still available. Who knew being a patriot involved being so fat? But it seems that the "It's OK to be fat" is more pronounced among women and being pushed on all of us.
You probably also saw the latest cover model for the 2022 Sports Illustrated Swimsuit edition. 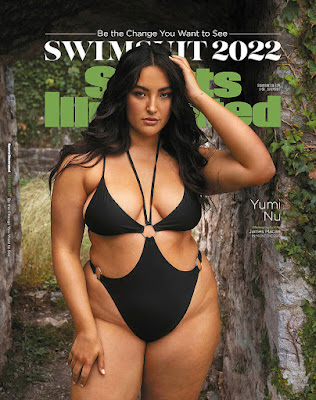 "Not So" Yumi Nu is a plus sized model and even with generous airbrushing and photoshopping she is clearly morbidly obese and that swimsuit looks incredibly uncomfortable. That is actually the best picture of her, the rest? Yikes. 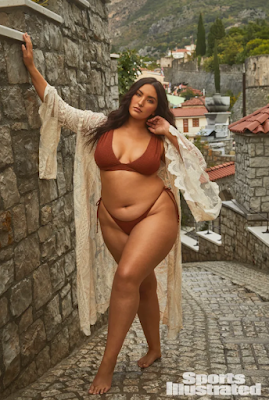 We need to really grow the economy otherwise John Wilder's famous bikini graphs are going to get swallowed up in these photos. There are some reasonably hot chicks as well but plenty of photos like these. Get your eye bleach handy. 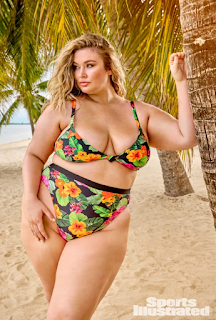 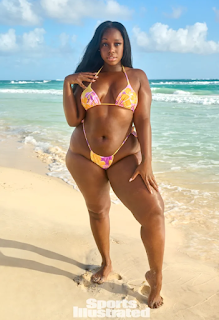 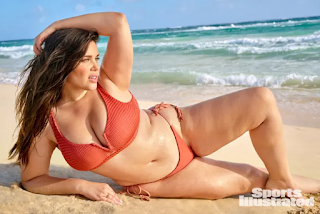 That last girl, Michelle Fuente Steffen, looks great compared to the others and she is a biggun.
I picked a random older cover from a website, Elle Macpherson in 1987. 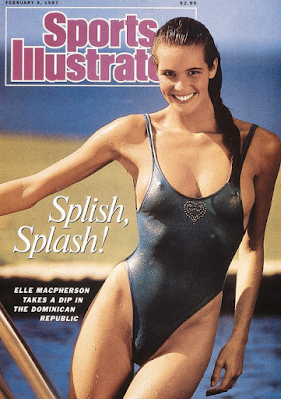 She is fit and she is beautiful. That is apparently not OK because it makes fat women feel bad about being fat. Or what about Christie Brinkley in 1981. 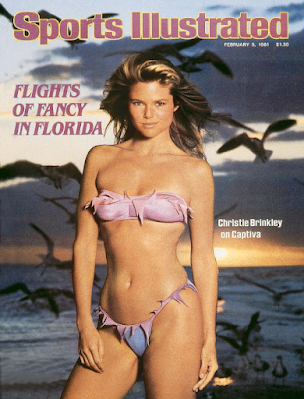 She is 27 in this picture. Damn son. Christie in National Lampoon's Family Vacation? Smoking.
The Swimsuit Edition used to be a way for men to get what amounted to soft porn delivered to their home along with their subscription to the regular magazine before ESPN and 24-7 sports coverage. Now it is just another tool of The Narrative.
Yumi Nu is 26 as of this year, so a year younger than Christie Brinkley in the picture above. Christie still looks pretty good at 68 and credits diet and exercise for her excellent condition. If you go to her Instagam she looks better now at 68 than Yumi Nu does at 26. What is Yumi Nu going to look like at 68? Assuming she hasn't died already she will be a trainwreck unless she stops listening to people telling her she is just fine at 100 plus pounds overweight.
Walking around with 100 or more extra pounds on your frame is bad for your joints and that extra weight is terrible for all of your internal systems. I get it, there is an unlimited supply of simple, cheap, yummy calories there for the taking and it is easy to just eat and eat and eat. It will also probably kill you if you keep doing it.
People telling women that they look great when they are unhealthy and morbidly obese are not helping or supporting those women. They are simply participating in a slow moving suicide.
Posted by Arthur Sido at 8:25 AM