Tuesday Is The New Saturday?

During this busy week I haven't been watching the news as closely as usual so I missed that there were a whole bunch of mass shootings, six in one weekday, including two each in Chicago and Baltimore on the same day. 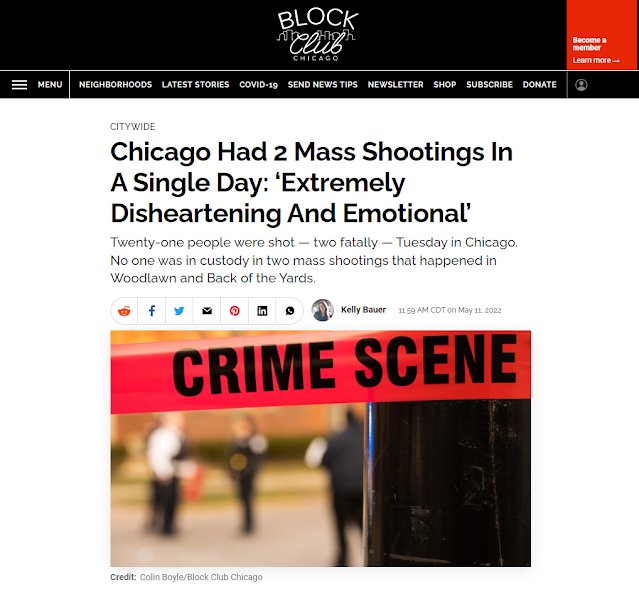 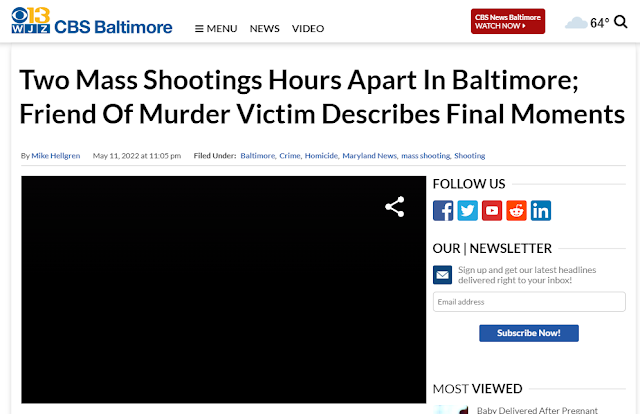 According to the Gun Violence Archive, there were a total of 9 shot in Baltimore in the two mass shootings and 11 shot in the two shootings in Chicago. As a bonus one of the Chicago shootings included this charming story. 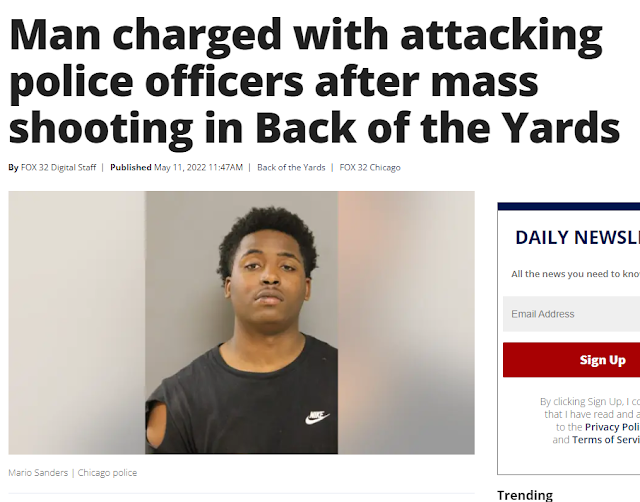 More of that famous impulse control. The first shooting in Chicago was part of what is described as an extended gang war that has led to a bunch of shootings. The second was more of the same as usual....
About 10:30 p.m. in the 6400 block of South Richards Drive, a woman from Indiana was livestreaming a rap video in the park when another group of people began a separate livestream, Brown said.
The two groups got into an argument, which led to them shooting at each other, Brown said. He said he wasn’t sure what the argument was about.
Nothing good happens when black folk be livestreaming a rap video. "I don't like your rap" becomes "I don't like your rap so much I'll shoot you" in no time at all.
The other two mass shootings were in Philadelphia, of course, with four shot and Brookshire, TX with another four shot.
They weren't done. We were treated to an encore on Wednesday with four more mass shootings: New Jersey (5 shot), Indianapolis (4 shot), St. Louis (4 shot) and back to Chicago (4 shot). Chi-town had three mass shootings in two days during the middle of the week. Impressive! It is supposed to be 82 and sunny in Chicago today so that bodes ill for anyone who inexplicably is hanging around the same places Africans congregate.
Another fun side-note from the Indianapolis mass shooting....
All four are stable and were transported to area hospitals. On Wednesday morning, IMPD Lt. Shane Foley said officers located another person nearby who had an accidental, self-inflicted gunshot wound.
Some brother probably shot himself in the leg in the excitement while trying to get his Hi Point out of his baggy pants.
There was a noteworthy mass shooting on Thursday as well, noteworthy because it apparently happened in a national park (Hot Springs National Park in Arkansas): 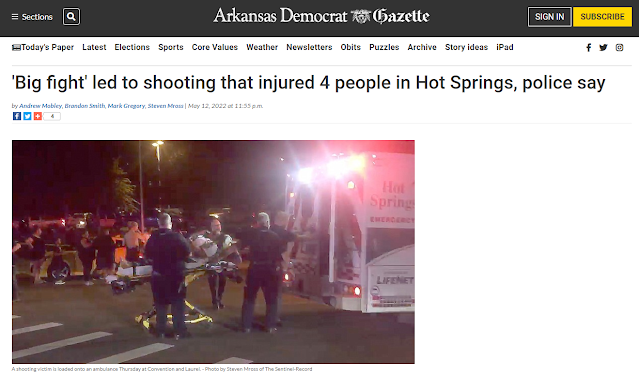 The media fuzzed the picture but you can tell the person on the stretcher is a corpulent black woman.
Summer in America used to mean grilling out, going to the beach and driving with the top down. Now it means riots and mass shootings. I guess that is progress.
Posted by Arthur Sido at 8:15 AM