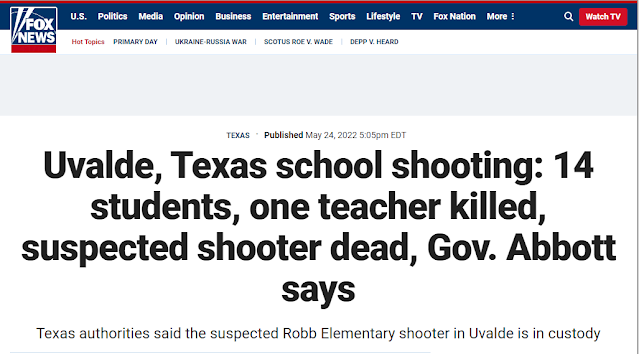 A shooting at a Texas elementary school killed 14 children and one teacher Tuesday, Gov. Greg Abbott said.
Abbott identified the suspect as Salvador Ramas, a Uvalde resident, who is also dead.
Details are still coming out. Pay attention here boys.
** UPDATE **
Moving fast, we have more information already. From Not The Bee…. 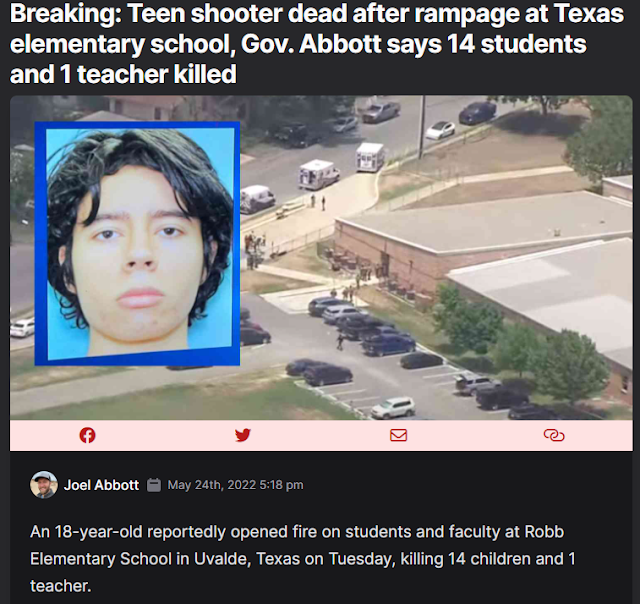 Apparently he shot his grandma and then went to the school.
** UPDATE 2 **
According to Wikipedia this town, Uvalde, Texas, is almost 80% mestizo so it is safe to assume most/all of the kids killed were mestizos as well as the shooter. 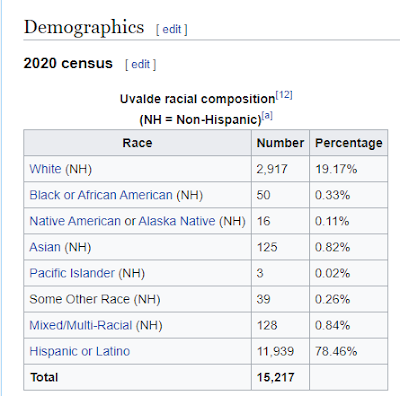 ** UPDATE 3 **
Big Country has some stuff as well: Confusing UPDATED including some pictures of the dude who looks like a Grade A fruitcake, like wearing chick’s clothing freak.
** UPDATE 4 **
According to reports, the shooter was wearing body armor. Of course he was.