The legend of Ruby Ridge, Randy Weaver, has died at age 74. 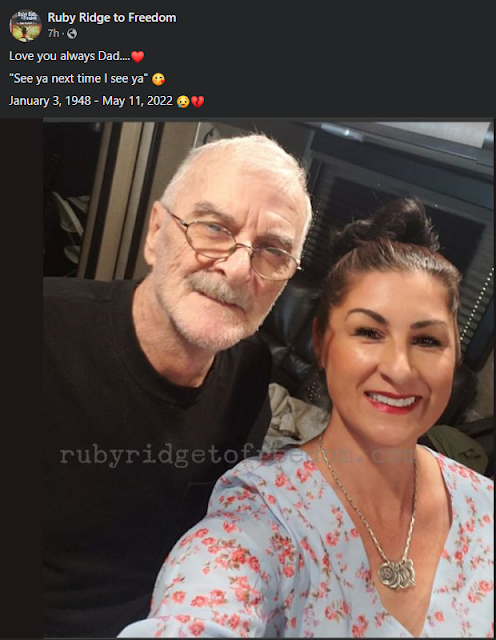 Randy was a simple man who simply wanted to be left alone but the Feds decided to entrap him in order to try to force him to infiltrate the Aryan Nation to be an informer. Weaver said no and just went home. The Feds famously decided to go after him leading to an exchange of fire that resulted in the death of Weaver's 14 year old son Sammy and a Fed. Later during the siege, an FBI sniper named Lon Horiuchi allegedly took a shot at Randy Weaver but instead struck and killed Randy's wife Vicki as she was holding her 10 month old baby.
Weaver was later arrested after surrendering but was acquitted of most charges. Randy and his daughters sued the government and were awarded millions in damages.
Randy Weaver was persecuted and members of his family were murdered in order to threaten and intimidate people like me and like you. Vicki and Sammy's deaths were a warning. Your wife, your child, can be next if you step out of line.
Randy Weaver was an American hero who never wanted anything but to be left alone. As his story reveals, they will never leave you alone until you grovel at their feet.
Posted by Arthur Sido at 6:52 PM