Hey remember when 16 people got shot in Milwaukee in one mass shooting, the same night a total of 21 people were shot in the city? 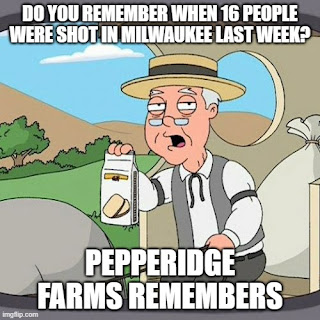 You probably forgot because the media def did not want to talk about it. At all. Fewer people being shot in Buffalo, New York? Yeah, they want to talk about that or at least the motivation of the alleged shooter because he is the mythical lone White racist shooter, complete with a manifesto. Milwaukee? Nah dawg, imma gonna skip that one.
Unfortunately as a semi-internet famous White supremacist and racist, I still pay attention to such things. 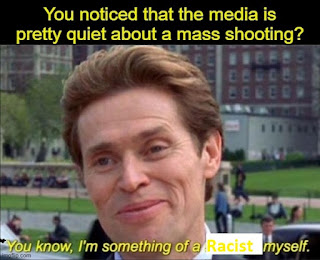 It just so happens that there were some arrests made in Milwaukee....
Three suspects charged in Water Street mass shooting, accused of causing shootout
Who are these White supremacist domestic terrorists?
Marquise Lamar Jackson, 24, Christopher Lamar Murry, 23, and Lemont R. Siller, 21, are each facing eight charges in connection to the incident.
Obviously those are common White names. I am sure their mugshots will bear this out. 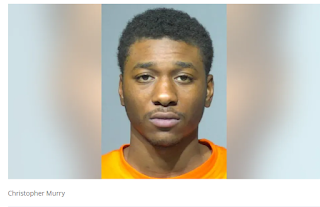 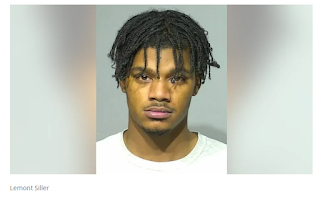 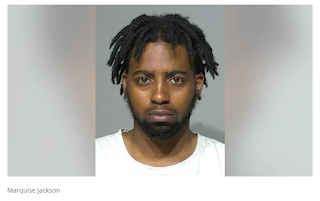 Now wait just a second. That doesn't seem right. This must be a racist hoax.
We should stop showing mugshots, seeing all of these charming fellas staring back at me makes me have uncomfortable feelings in my tummy.
Meanwhile at least three of the shooting victims were also arrested, none who actually did any shooting....
Prosecutors file charges against 3 people connected to mass shootings 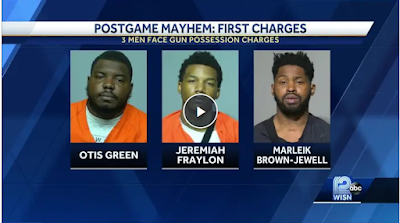 Otis Green, 28, was charged with possession of a firearm by a felon and bail jumping.
Prosecutors also charged Jeremiah Fraylon, 21, with possession of a firearm by a delinquent, carrying a concealed weapon and bail jumping.
Marleik Brown-Jewell, 22, was charged with carrying a concealed weapon.
Marleik looks especially smart.
I wish the police would stop hassling these innocent black bodies and focus more on stifling the racist speech of people like me.
Posted by Arthur Sido at 11:03 AM