Life Is Too Short To Shoot Ugly Guns

Speaking of the NRA Annual Meeting, I was watching a video from Classic Firearms. They go every year and visit various booths so the reps can shill their new stuff. Classic Firearms has over one million subscribers on Youtube so they are a significant channel.
Something jumped out at me. Most of the gun companies spent 3-5 minutes talking about their stuff. CZ spent almost 7 minutes with Classic and seemed to have some cool new stuff. Glock? They managed to talk to them for almost a whole minute and to say they were less than inspiring or engaged is an understatement.
The last time the Classic people interviewed someone from Glock they didn't even get into their designated area, just talked outside of their booth and the guy only talked about Glock trivia. Nothing about their products.
When we were at the Annual Meeting in Indy, the Glock area was huge and had a number of sales reps. All of them when we were there were clumped together talking amongst themselves instead of bothering to talk to potential customers. It was incredibly off-putting. I guess they figure that since most police departments buy Glocks and they are incredibly popular that they can just coast along, selling guns merely because of force of habit.
The whole Glock shtick irritates me. "Glock perfection", what a crock of shit. 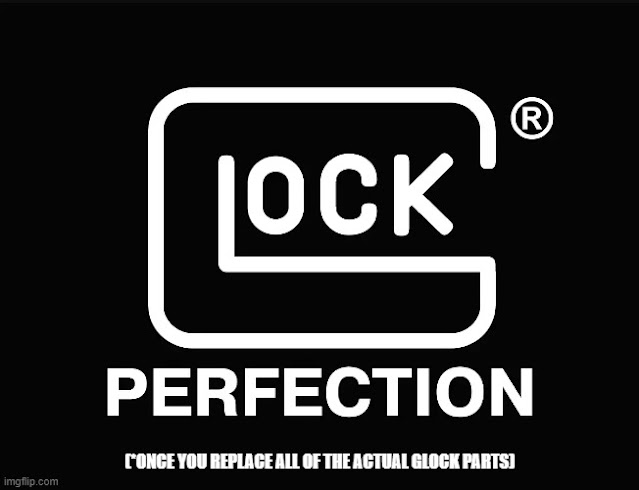 I don't know of many people who have their Glock with all of the OEM stuff and it is pretty common for people to replace basically everything from trigger to barrel to sights on their Glocks. At that point is it even really a Glock anymore?
Don't get me wrong, Glock makes a perfectly serviceable firearm. They are reasonably reliable and accurate and of course have a zillion accessories because they are so ubiquitous. But this ain't the 1980s. My dad always would say "revolvers don't jam" as his rationale for why he didn't own semi-auto handguns and there was a time when semi-autos were more prone to jamming but today? A semi-auto from a reputable manufacturer that you take the most basic of care for just isn't going to jam. In other words, there are lots and lots of options when it comes to handguns that are functional, reliable and accurate.
For me, Glock's are the Honda Civic of firearms. They might be functional and reliable but no one is excited about getting a Civic.
For example, the Glock 19 is one of the, if not the, most popular handgun in America. It is relatively compact and has a 15 round standard magazine. The Gen 3 model looks like this.... 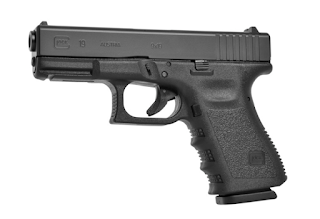 It probably looks familiar because every single Glock looks basically like that. Some are bigger, some are smaller but they are all essentially the same thing. An ugly hunk of plastic with an ugly slide. It has all the charm and class of a cinder block. As I saw someone comment elsewhere on social media it is dependable and rarely fails but you can say the same thing about a steel bucket.
On the other hand, here is the CZ 75D PCR. 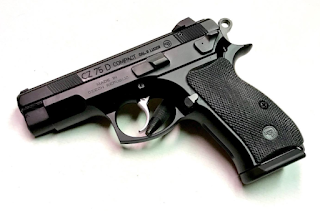 As I mentioned in a prior post, I own one and love it. The dimensions are similar.
The Glock 19 is 7.36" long, 1.26" wide and 5.04" high. It weighs 23.63 ounces empty.
The CZ 75D PCR is 7.24" long, 1.38" wide and 5.03" high. It weighs 27.05 ounces empty, due to the aluminum frame versus the Glock polymer frame.
So about the same size and slightly heavier (4 oz).
For my money, the Glock is ugly and utilitarian. The CZ is aesthetically pleasing with style and class. Sure some people don't like hammer guns but I do and even if you don't like the CZ's style there are a ton of other striker fire polymer handguns out there that are just as functional and reliable as the Glock 19 without being so damn ugly. The Sig P320 Nitron Compact or the new Springfield Hellcat Pro or....well just know that there are lots of guns that do the same thing as the Glock 19.
This is just a personal rant, get whatever you like and learn to shoot it well. Imma just saying that life is too short to shoot ugly guns.
Posted by Arthur Sido at 6:04 PM