How Is This Not An Act Of War?

Despite protests to the contrary from various "knowledgeable sources" online for the last few weeks, an official mouthpiece of the globalists (NBC News) is confirming tonight that the U.S. did indeed help Ukraine sink the Russian cruiser Moskva. 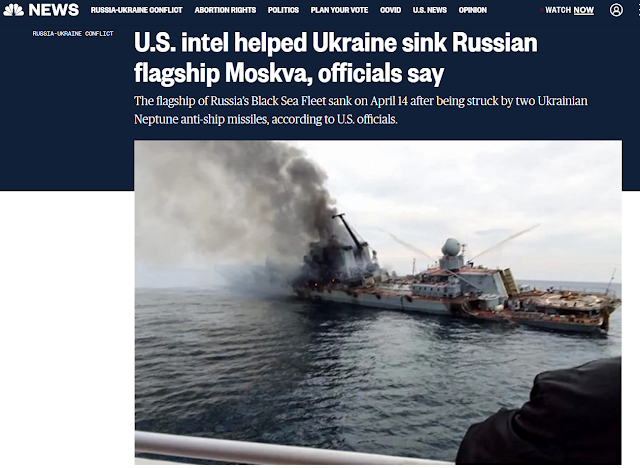 This was a choice line from the article:
American officials have expressed concerns that reporting about U.S. intelligence sharing with Ukraine could anger Putin and provoke an unpredictable response.
Oh so it is the reporting that is the problem, not the actual aid we rendered that could cause a response.
This comes alongside a report from the New York Times claiming that the U.S. is assisting Ukrainian forces in targeting Russian generals, leading to 12 so far dying in the war... 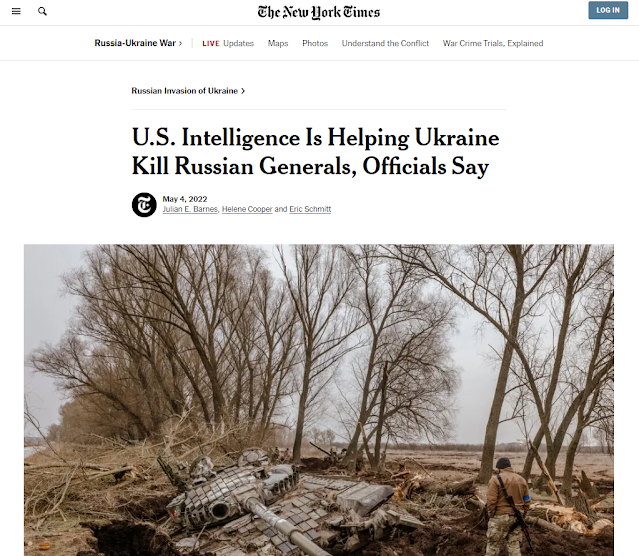 From the article:
The United States has focused on providing the location and other details about the Russian military’s mobile headquarters, which relocate frequently. Ukrainian officials have combined that geographic information with their own intelligence — including intercepted communications that alert the Ukrainian military to the presence of senior Russian officers — to conduct artillery strikes and other attacks that have killed Russian officers.
The intelligence sharing is part of a stepped-up flow in U.S. assistance that includes heavier weapons and tens of billions in aid, demonstrating how quickly the early American restraints on support for Ukraine have shifted as the war enters a new stage that could play out over months.
Does anyone think Vlad is going to let this go? Would we let this go if someone were doing the same to our forces?
Oh and gas prices are jumping again. 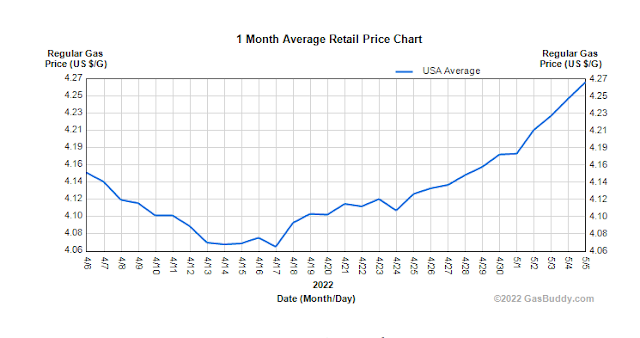 These maniacs are bound and determined to cause the greatest mass loss of life in human history.
Posted by Arthur Sido at 6:43 PM