The NRA Annual meeting is this weekend in Texas and while I have little use for the NRA, I did enjoy going to the annual meeting when it was in Indianapolis pre-pandemic. Acres upon acres of guns. Of course The Big Story out of Houston is that the NRA convention is going on right after the completely coincidental mass shooting in Texas occurred this week. A number of entertainers dropped out of scheduled events, including Larry Gatlin and Mr. Monetizing Patriotism Lee Greenwood. 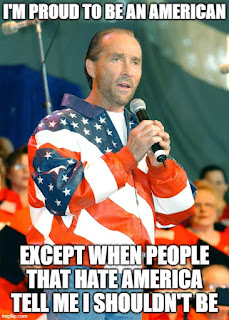 According to Lee Greenwood, a man who has cashed in on White American nostalgia with his one sappy song to the tune of millions of dollars, an AR-15 just randomly killed a bunch of kids.
"The unfortunate shooting in Texas took place at a very bad time. And for me to go and play at the NRA just days after the shooting would be an endorsement. And people would then deem that as, I like this weapon. And obviously, that weapon killed kids. And I just couldn't go," he told hosts Brian Kilmeade, Pete Hegseth and Ainsley Earhardt.
That weapon killed kids. Not the tranny fruitcake who actually pulled the trigger. What a fucking dolt.
Anyway, the convention has attracted a whole gaggle of freaks and weirdos to protest against the NRA being in Houston, having their convention this week (scheduled years in advance) and for the NRA's tepid support of the Second Amendment. The photos are what you would expect.... 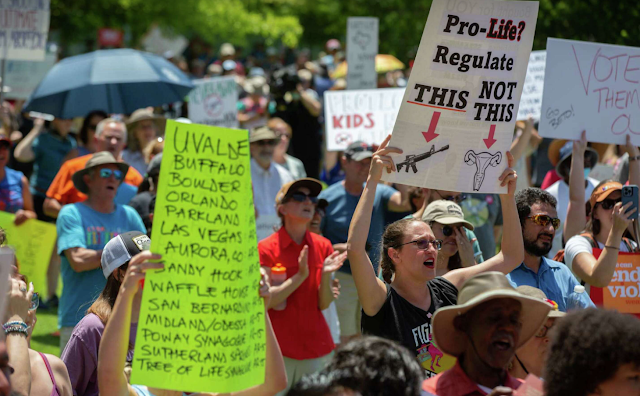 The homely chick holding up the "Pro-life?" sign apparently thinks that men need to fill out a 4473 and submit to a background check before depositing a load in her uterus. I would actually support such a regulation, we already have more than enough ugly and stupid people in America.
This story from Breitbart about the protests is vintage Breitbart Normiecon.... 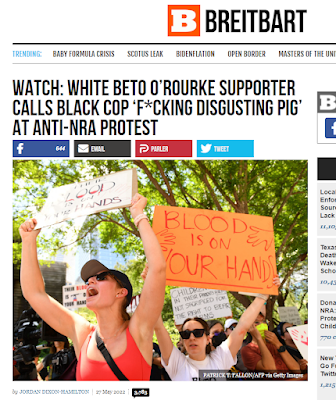 Oh no, a White person said something mean to a black person! That makes it doubly horrible and worthy of a dedicated story. If you read Breitbart for any reason other than the luls, you are wrong and should feel bad.
That brings me to my question:
Where are these protesters the rest of the year? Why do they only show up in a safe location to scream at normal people who happen to support the NRA?
According to the Gun Violence Archive, over 140 children ages 0-11 have been killed by gunfire in America so far this year plus an additional 516 "youths" ages 12-17. 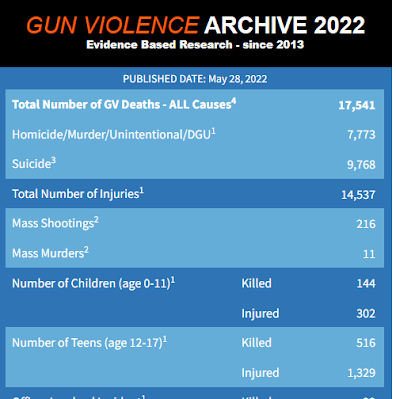 Just in Chicago alone this year 18 minors have been murdered and another 68 wounded.

Where are the protesters standing around on the sidewalks in Chicago holding signs decrying the violence in America's poster child city for gun violence? Why are these crowds of White liberals not demanding that gangsters in Chicago and Baltimore and Philadelphia stop shooting each other and kids who happen to be standing nearby?
The answer is obvious and self-evident. You can hold signs outside of an NRA event and screech obscenities at the attendees and nothing will happen to you. If you go in the places where the vast majority of gun violence occurs? You might become a statistic yourself. Check this out from Chicago:
Watch: Photo Bomb, Chicago Style - Man Points Gun At Live TV Crew 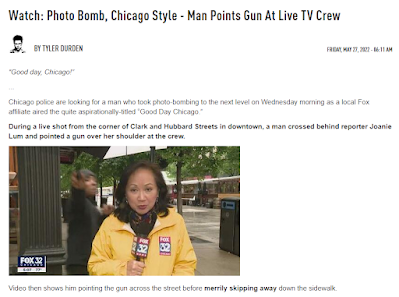 Asian reporter Tricia Takanawa just doing her job filming a live report about gun violence in Chicago when one of the usual suspects in gun violence walks behind her and points a gun at the cameraman. At 7 o'clock in the damn morning, homie is out getting him some coffee and waving his gat around at Asians. The first thing I thought of when I read the story was this.... 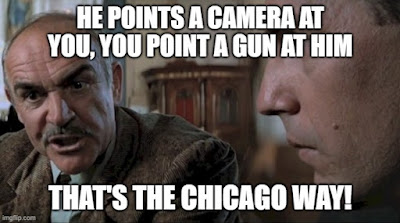 That is why homely White women hold up signs outside of the NRA annual meeting instead of in places where gun violence actually occurs. When I was at the annual meeting in Indy there were thousands of people packed into the convention center, probably 80-90% of them concealed carrying and there were no reports of gun fights breaking out. Why? Because NRA members are not the people who commit crimes in America.
The statistics are probably not really available but it is a safe bet that the total number of murders committed by members of the NRA in any given year is in the single digits and quite often zero. When you look at the people attending the annual meeting, I would bet almost 100% have never been convicted of a crime in their life.
NRA members are by and large middle class, middle age or older, Normiecon White people who carry their smart phones in leather belt holders and wear New Balance tennis shoes (I also wear NB because I have exceptionally wide feet). You would be hard pressed to find a subgroup of American more law abiding than that population. Many of my friends and family growing up were/are NRA members and they were and are decent people with families, jobs and a life. People who stand around protesting an annual meeting? Likely none of the above.
The answer to the question I posed is simple: the people protesting the NRA annual meeting either don't really care about gun violence or know so little about the issue that they think that the NRA is the problem in America when it comes to gun violence. Probably more of the latter than the former because as mentioned America is full of stupid people. My assumption is that most people who are anti-gun activists have given almost no thought to the issues and simply are parroting back what they are told by people who know damn well that "universal background checks" or "high capacity magazine" bans or "red flag laws" will do nothing to stem the tide of gun violence and they simply don't care.
The whole thing is silly enough to make me almost want to renew my NRA membership. Almost. Maybe if they get rid of Wayne LaPierre and the rest of the senior staff.....
Posted by Arthur Sido at 12:22 PM