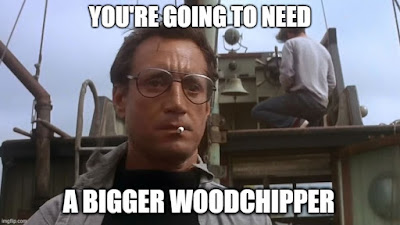 When it comes time, we are going to be busier than a one-legged man in an ass kicking contest. Warning, this is going to be a long one.
Not only is degeneracy no longer discouraged, it is now actively encouraged. Freaks and weirdos once confined to the closet and furtively trolling public parks for an outlet are now out in the open and demanding access to our kids. All of this is happening with the approval and support of what are supposed to be our most trusted institutions. For example.
Child sex abuse center hires professor who faced backlash over pedophile comments
Get a load of this horror show.

It is some sort of trannie, even with the fake name (Allyn) and the insistence on using "they/them" it is kind of hard to know what is going on here. Who the hell knows. In older pictures there is some stubble so it might be a dude trying to look like a chick or something. Regardless, the individual in question is a freakshow.
The comments in question had to do with getting away from the term "pedophile" because it gives pedos the sadz and instead using the term "minor attracted person". While at Old Dominion University teaching "sociology and criminal justice" (more on that in a moment), this creeper said that it isn't necessarily immoral to be attracted to children.
Walker was discussing their book, “A Long Dark Shadow: Minor-Attracted People and Their Pursuit of Dignity,” when he insisted it’s important to use that terminology instead of “pedophile” because it’s less stigmatizing.
“A lot of people when they hear the term ‘pedophile,’ they automatically assume that it means a sex offender, and that isn’t true,” Walker said during the 28-minute interview. “And it leads to a lot of misconceptions about attractions towards minors.”
Walker acknowledged use of term “minor-attracted persons” — or MAPs — suggests to some that it’s OK to be attracted to children, but said labeling anyone wholly by their sexual desires doesn’t indicate anything about their morality.
“From my perspective, there is no morality or immorality attached to attraction to anyone because no one can control who they’re attracted to at all,” Walker said. “In other words, it’s not who we’re attracted to that’s either OK or not OK. It’s our behaviors in responding to that attraction that are either OK or not OK.”
Walker said child sex abuse is “never, ever OK,” but that having sexual urges toward children isn’t necessarily wrong — as long as those carnal desires aren’t acted upon.
“We have a tendency to want to categorize people with these attractions as evil or morally corrupt,” Walker continued. “But when we’re talking about non-offending MAPs, these are people who have an attraction they didn’t ask for.”
This "Child sex abuse center" is not some random one person office in a seedy strip mall. It is housed at the Johns Hopkins University Moore Center for Prevention of Child Sexual Abuse. Hopkins is considered one of the most prestigious medical outfits in the U.S. and here they are hiring a pedo-apologist as a postdoctoral fellow at a center that allegedly is concerned with preventing child abuse. The Moore Center is part of the Hopkins School Of Public Health: 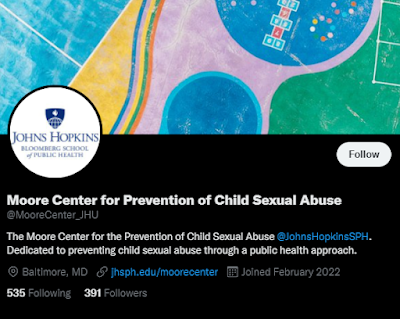 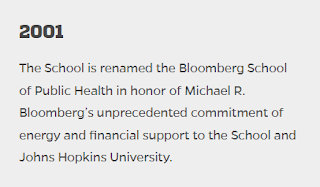 As you dig into the work of the School of Public Health, you see Li'l Mike's filthy paws all over it including one of his favorite topics, gun control via the "Center for Gun Violence Solutions" 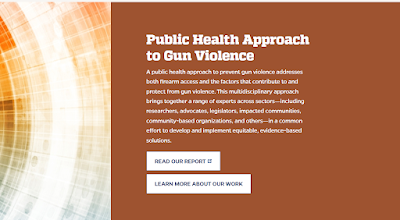 By framing black and mestizo gun violence as a broader "public health" concern, Bloomberg intends to disarm regular American in the name of "health". The center has the usual litany of "solutions" on their website.... 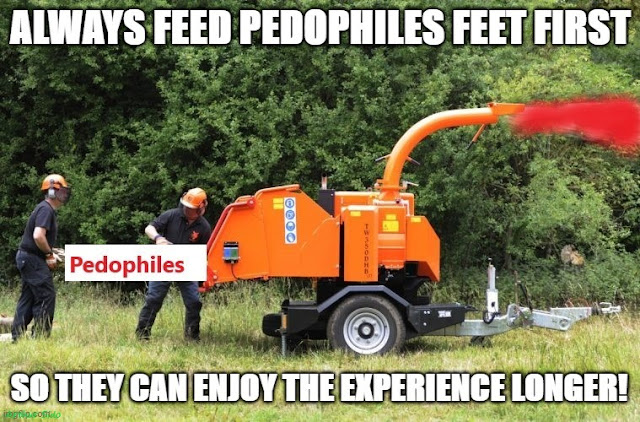