Thanks to a diligent reader Xzebek I was directed to a situation in Buffalo, New York where apparently a mass shooting has occurred in a supermarket and the death toll is already pretty high.

Details are coming out in a hurry and the number of fatalities is a key. Live streaming on Twitch, apparently using an AR-15, a manifesto. From the above news story: 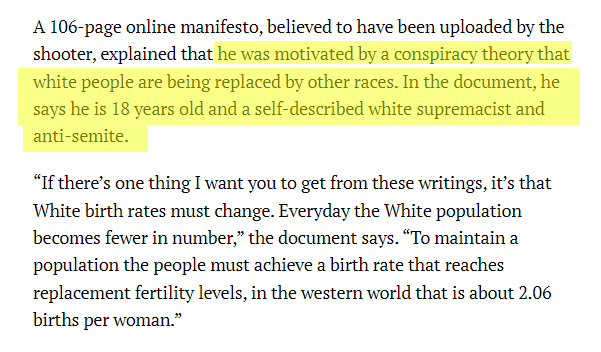 Damn they already found this guy's "manifesto" and have determined his motivation, just like that a few hours later. Amazing police work! A different news story shows the crowd at the store... 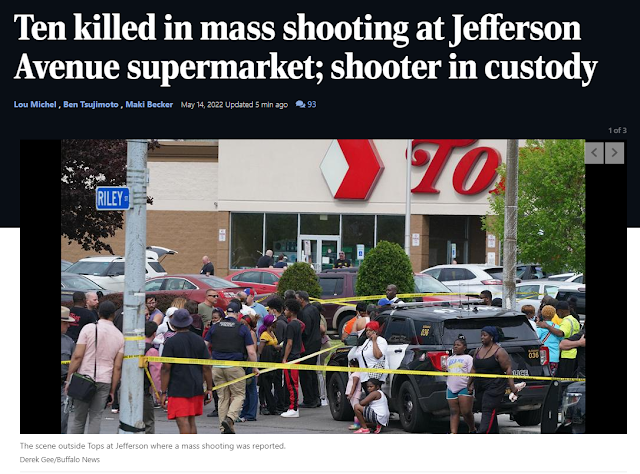 Looks like a lot of African folks. Twice in the story he is described as a "White male" wearing camo.
It is like a picture perfect false flag. I wonder if he has the old "three name" thing going on?
Updates later.
Posted by Arthur Sido at 5:22 PM