Last month our overlords decided the Army needed a new rifle and new squad automatic weapon and selected an offering from Sig Sauer...
Army chooses Sig Sauer to build its Next Generation Squad Weapon
Sig already has the pistol contract with the replacement for the Beretta M9, meaning one company will make most of the Army infantry weapons. Here is the new "XM5", awaiting a new official designation: 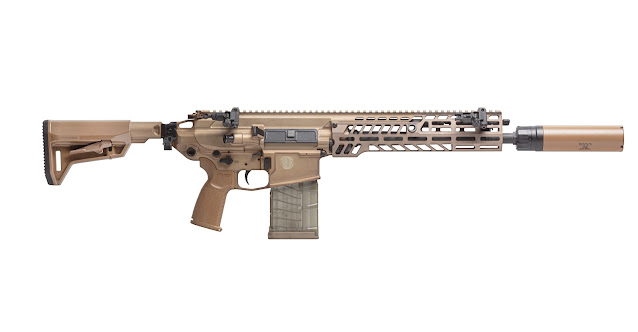 It looks like something you could level up to in a first person shooter game.
It is also chambered in the SIG 6.8x51 Fury caliber, shown below. 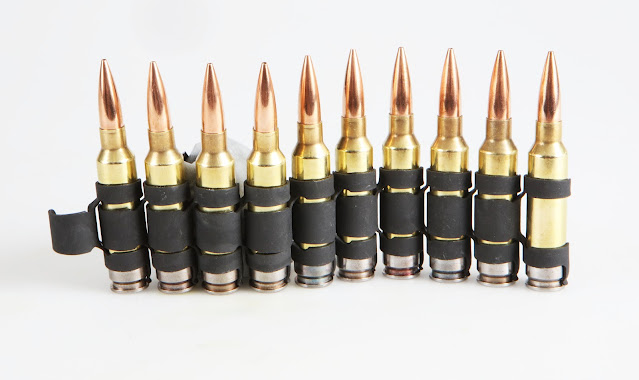 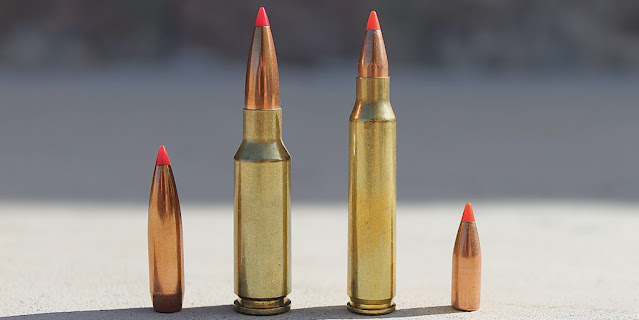 The obvious difference between the two is that the 5.56 is a fairly small projectile, usually a 55 grain bullet, sitting on a lot of powder. The 6.5 Grendel is obviously a larger diameter projectile on a fatter cartridge. Brass case Grendel is usually from 105 grain to 123 grain, so it much heavier bullet. Still, it is no slouch velocity wise, the 6.5 Grendel ammo I have from Underwood, their 110 grain Controlled Chaos Solid Monolithic round, has a muzzle velocity of 2,800 feet per second. The Sig 277 Fury round, their civilian version of the 6.8, is listed at 2,830 FPS out of a 16" barrel.
I am a big fan of the 6.5 Grendel. I can put my Grendel upper on one of my standard AR-15 lowers and am good to go. It is a legal cartridge for deer in Indiana and is a great longer range option compared to the 5.56 AR-15 while not being as heavy and clunky as my AR-10 in 6.5 Creedmoor.
The obvious downside to the larger rounds is that they take up more space in a magazine. The largest mags I have for my Grendel only hold 26 or 24 rounds rather than the 30 in a standard AR-15/M4 mag. Not to mention that 6.5 Grendel is a lot harder to get and way more expensive than 5.56.
On top of the new rifle the Army is ordering a slew of Vortex XM157 NGSW-FC (Next-Generation Squad Weapons—Fire Control). The thing is super fancy, according to Popular Mechanics.....
The Army’s New Rifle Scope Can Predict the Path of a Bullet 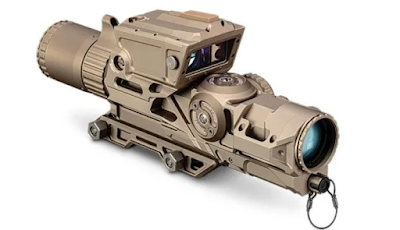 Well, that is fancy. I was glad to see that it is basically a low power variable optic with a computer on top so if the electronics puke you still have a serviceable optic. Still when I read stuff like this:
Perhaps more importantly, the optic networks with not only other XM157 optics, but computers, smartphones, and even augmented reality visors the Army is developing. Data can potentially come from commanders, satellites, UAVs, and military aviators. It can also be sent to all of those other people who are also in the fight. This gives everyone rapid access to a common operating picture and sensor fusion data, much like the pilot of an F35 or F22 gets.
In the near future, soldiers will be able to look into their optic and see where friends and foes are, even around corners and through walls and terrain. In other words, it gives soldiers near superhuman abilities and sixth senses on the battlefield. Plus, all of that data gets put into the computer to help the soldier get even more accurate shot placement at long ranges.
It sounds like a lot of stuff that can go wrong, is pretty complex for America's new, dumber military and will be super expensive. We are still talking 18 year old kids, most who have never shot a rifle in their life, being handed this gizmo and expecting an NCO to teach them how to operate it? Hi sweetie, I know you are an 18 year old girl from the inner city but here is a super heavy rifle with an heavy gizmo on top. Let's teach you to shoot it accurately! Egad.
Big Country Expat did a solid fisking of the new rifle and he knows more about firearms in a real combat setting than I do, since what I know is zero. His post is what drew me to the whole thing.
New Rifle Fisk
tl;dr He isn't terribly impressed. Read the whole thing for more.
This new platform raises a lot of questions, such as: Why a significantly heavier platform with lower capacity and more complexity in a military that is getting more female and much more dumberer?
But number one for me is the caliber switch. The Army was apparently concerned about the effectiveness of the 5.56mm round in a battlefield setting where more potential opponents (iow China and Russia) are issuing body armor to their troops. The 5.56 has been ragged on for being underpowered for a long time, it is a favorite trope of Boomers who think we should still be outfitting the Army with M-1 Garands and 1911s. TWO WORLD WARS!
Whatever you think of the 5.56/.223 platform, it is by far the most popular rifle in America and is owned in multiple versions by tens of millions of people who have AR-15 variants plus some other random rifles like the Ruger Mini-14. It has been in use by the U.S. military for a long time and killed plenty of officially designated Enemies Of America. It also is the standard caliber for most NATO nations including the big boys.
Let's take a look see.
The Krauts in the German Army use the 5.56 HK416, just replacing the 5.56 H&K G36.
The Frogs in the French Army? They also use the 5.56 HK416, after replacing the 5.56 FAMAS.
The Redcoats in the British Army? The SA80 which is chambered in...you guessed it, 5.56.
The Aussies? The 5.56 F88 Austeyr.
Even the Japs use the 5.56 Howa Type 20 replacing an older 5.56.
So what does the U.S. do, the biggest player in the game and the lynchpin of NATO that also kinda forced the rest of NATO to adopt the 5.56? Well we go and select a new replacement rifle in a goofy caliber most people have never heard of and that is not compatible with any of our allies arms.
Why would they do that? The clue might be in this comment at BCE's post....
I think one of the primary motivations was to make a new cartridge that civilians can't get. They'll sign contracts that forbid selling the round and the rifle to civilians, then regulate the 556/223 producers out of business. After a few years, no one will have food for their M4geries.
They wouldn't do that, would they? Would they screw over the military and our allies just to disarm the American people?
You bet your sweet ass they would.
Most of our "allies" have just recently switched to new platforms chambered in 5.56, but here we are going in a completely different direction. It sounds a bit tinfoil hat here but if you believe, as I do, that the globalist cabal is involved in getting us into wars, whipping up racial resentment, intentionally kneecapping the economy and being involved in biowarfare via a "pandemic", then this isn't that much of a stretch. Plus the Military-Industrial Complex gets a new weapon platform for extra grift. I would love to do a deep dive on the people at Sig, I wonder if any "favors" were extended to the people making the purchasing decisions in the military?
This whole thing screams boondoggle and you can bet that ammo manufacturers will be salivating at the prospect of making this new round for the dot mil folks. I don't think 5.56/.223 is going to get any cheaper fellas.
Curious, no?
Addendum: BCE did a follow-up post after I started this one, M-4 Stuff, with lots of additional information. Check it out.
Posted by Arthur Sido at 7:37 AM