Allow me to introduce an especially loathsome faggot: Rob Port. Here he is in all of his corpulent soyboy glory: 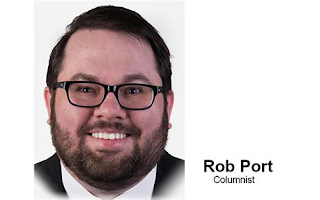 What a disgusting pig. Here is his email address in case you want to send him some (restrained) fanmail: rport@forumcomm.com
Robbie besides being a molten hunk of raw masculinity, is also an anti-White piece of shit. When he isn't watching gay midget porn in nothing but his stained tighty whiteys while stuffing Cheetos in his mouth, he is penning juvenile opinion columns in crayon for The Dickinson Press in North Dakota.
Allow me to set the stage:
Last summer in 2021, a 14 year old White girl named Daisy “Jupiter” Paulsen was out skateboarding in Fargo, North Dakota. She was set upon by a 23 year old black man named Arthur Prince Kollie who proceeded to attack her for over 30 minutes, choking, beating and stabbing her more than 20 times. This is her in the hospital. 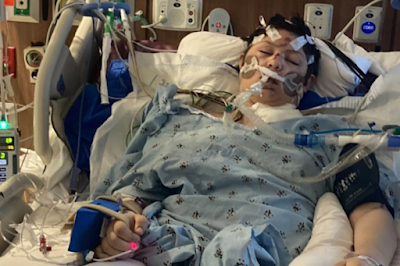