Oh The Tears, Those Delicious Tears

With the news breaking yesterday that Twitter was being sold to Elon Musk, who promises to make the platform a free speech outlet again, the meltdown on social media was epic. Overnight Elon Musk replaced Vladimir Putin as the villain of the day. 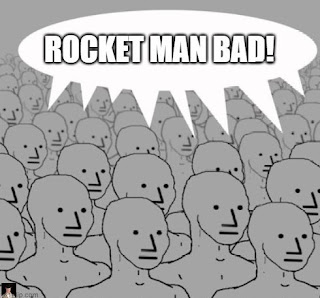 It is glorious. There hasn't been this much overwrought reeeeing on social media since the 2016 election and he hasn't even done anything yet.
Let's be clear. Elon Musk is not one of us, he is not /ourguy/. Mostly he seems like he is a bit crazy. What he is should be enough though, he is an agent of chaos in many ways like Trump: a goofy billionaire who has enough resources to do crazy crap like becoming President or buying a social media company for $44 billion.
I don't know if he will make the moderators allow free speech or not. I doubt you will be able to tweet "nigger" on Twitter even with Musk in charge. Maybe old suspended accounts will be reinstated, that would nice so I could have my original account with my real name back although I don't know what I would do with the other half dozen old suspended accounts. At a minimum I expect to see the Babylon Bee reinstated and hopefully Project Veritas and others on the dissident right who have been suspended like Jared Taylor.
It is a little win for /ourside/ not because Elon is /ourguy/ but because this makes the Left so angry and exposes once again how hypocritical they are. I will bask in the tears, sweet and salty tears, for a day or so but the real fight won't be won on social media.
Posted by Arthur Sido at 10:42 AM