A quick follow-up to one of the mass shootings mentioned in my post Busy Easter Weekend For The Fellas, specifically pertaining to the mass shooting in Pittsburgh at an Airbnb. More details have been released and they are about what you would expect.
Pittsburgh Mass Shooting: Police Sources Paint Picture Of What Led Up To Deadly Shooting

First, the Airbnb was rented by the mama of one of these good boys....
The two top floors of the building are owned by Greg Barr, a commercial property owner who wouldn’t comment but posted the space for rent with Airbnb. Sources say a group of friends organized the event, but Barr actually rented the space to the mother of one of them and the payment was charged to her credit card.
The woman’s son and others then posted a flyer on social media. For $5 a head, inviting all comers, advising them to bring their own weed and alcohol. An estimated 200 young people — mostly juveniles — came from around the region on Saturday. Around 11 p.m., police responded to a complaint of noise.
A woman rents an Airbnb so her son can have a party where the partygoers were asked to bring their own booze and pot. A rented apartment full of black juveniles who were all drunk and/or high. What could go wrong?
Well this is what went wrong.
But as the evening wore on, things apparently spun out of control. Sources say an organizer told people to leave. When they wouldn’t, those same sources say he apparently began shooting at the ceiling trying to get them to disperse. They say this touched off shooting by multiple people — dozens of rounds fired inside the building, dozens more outside the building. In all, sources say about 140 rounds were fired.
When police arrived they found two dead teenagers, nine others who were wounded, and the rental strewn with shell casings, cellphones, shoes and empty liquor bottles.
A couple of questions.
In what world does it make any sense at all to get people to leave a building by shooting into the ceiling? My wife wondered why they didn't just flip the breaker switch, the lights go out and they wander off to get high somewhere else. I went to my share of parties as a yoof but no one ever shoot up the ceiling to get people to leave, probably because we didn't carry guns to parties in high school. Also we weren't fucking imbeciles. Eddie Murphy got people to leave a party in Trading Places by asking them politely to leave. 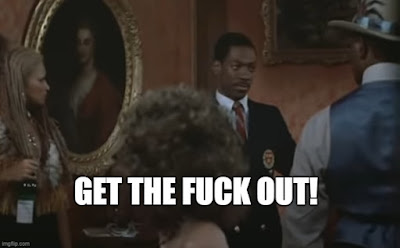 Second, if you hear gun shots why is your first impulse to start randomly shooting into a crowd? Is shooting random people in response to the sound of gunfire some sort of Pavlovian response for Africans, like it is a natural instinct?
Two 17 year old boys were killed, Jaiden Brown and Matthew Steffy-Ross. 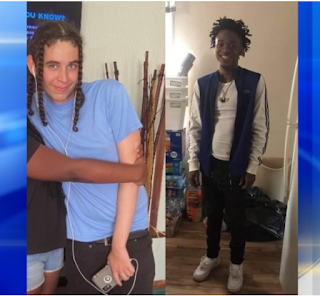 The drumbeat of random violence continues with no relief in sight.
Posted by Arthur Sido at 11:00 AM