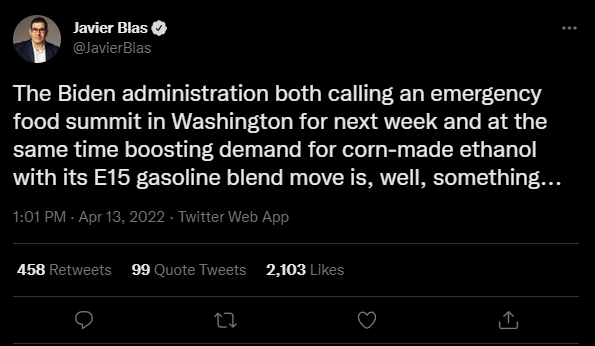 Read those words again. An emergency food summit.
Emergency food summit.
At no time in my recollection has the President called for an emergency food summit but here we are. America is the breadbasket of the world, a giant fertile farm with unbelievable capacity to grow food but the one thing we have taken for granted for half a century, food security, is on life support.
Most normies are confused by this because they think that this is the result of mismanagement. They don't and more importantly won't recognize that this is intentional. In order to "reset" the world economic system they first need to crash the existing order.
We are entering some dark days. People who have no problem with genocide on a global scale are now in control of all of the power centers in our society, from government and religion to education and entertainment. Those same people by and large hate you and everything you believe in so your death is not only acceptable, it is preferable and necessary. Starvation, impoverishment, violent crime, war, state sponsored mass murder. Nothing is off the table. You don't need to be a theologian to recognize evil incarnate when you see it.
Get your mind right and right now for what needs to be done.
Posted by Arthur Sido at 7:20 AM