Mass shootings happen all the time but they usually happen in places where the peasants live like Chicago or New Orleans or St. Louis. Yesterday? There was an "active shooter" but to the horror of the beautiful people, it happened in Coruscant, aka Sodom-On-The-Potomac , aka Washington D.C.! The shooting took place around here apparently. 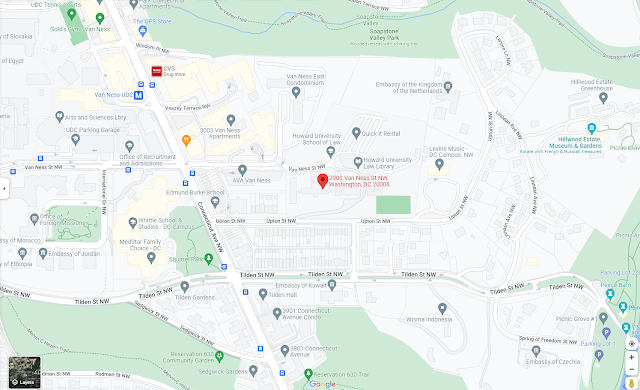 There are some embassies in the area, minor ones like the Netherland, Jordan and Croatia. The Howard University School of Law that churns out personal injury and "civil rights" lawyers who couldn't get into real law schools is also nearby.
Anyway the shooter was in a "sniper-type setup" according to D.C. police chief Robert Contee, a diversity hire chief of color. The shooter is quite the skilled "sniper" who managed to wound four people. Here is his "arsenal".... 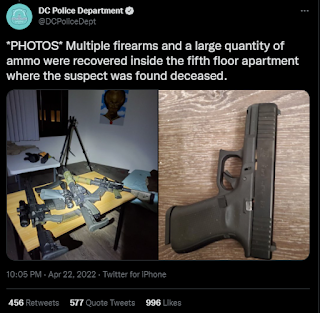 Apparently he attended the D'Angelo Tyrone D'Quandro Smith school of shooting. Any halfway competent shooter with those would have racked up a significant body count, unless he was a Fed wind-up toy that went off early.
This was all over the news last evening but it is going to fade in a big hurry because while the alleged shooter who is now apparently deceased has an innocuous White sounding name, Raymond Spencer, and was 23 years old, pictures surfaced of Spencer from the D.C. police and other outlets..... 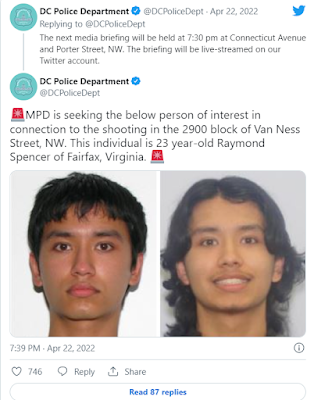 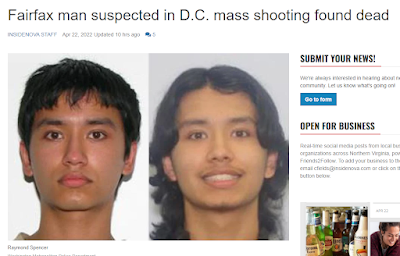 Oops! With that name I will hazard a guess he was an adopted mestizo from some well-to-do White family that reverted to his roots. Even more amusing, in the background of the photo of his guns, look at the wall... 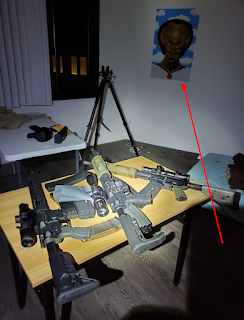 Here it is closer and lighter... 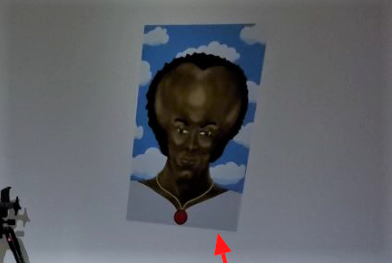 No that is not Worf, the Klingon from Star Trek: The Next Generation. That is "Yakub".
Who is Yakub you might ask? He is an imaginary "black scientist" with an enormous head who created the White race...according to the scientists and theologians of the Nation of Islam. Long story short, Mr. Yakub through a process called "grafting" selectively bred the White race. According to this legend, created wholecloth by the founder of the Nation Of Islam, Wallace Fard Muhammad, Whites were violent and barbaric savages but somehow managed to overcome the wise black people through "tricknology". I am not making that up. You can read more about how the White debbil use dey "tricknology" to fool black peepo in this fascinating article: Tricknology – White Supremacy, Privilege, and Covert Racism. For more about Yakub, read the Wikipedia article above or this one, National Geographic Proves Teaching on Mr. Yakub, which is a real hoot.
This nonsense is used to explain why the super smart black people suddenly were overthrown and enslaved by the devilish, savage White man and lots of blacks really believe this crap.
Anyway, I am sure there is a fascinating story that we will never hear as to why a mestizo with a White name has a poster of a mythical figure from the Nation Of Islam on his apartment wall.
You can see why this one is going to end up swirling down the memory hole in record time.
Posted by Arthur Sido at 12:24 PM