Why Not A Few More

Remember the system is stacked against po' blaque folk and White peepo are "privileged" when you look at these examples.
Item #1
You have certainly seen this one but it is worth bringing up again and again.
Florida Dunkin’ employee who fatally punched customer over racial slur sentenced to house arrest 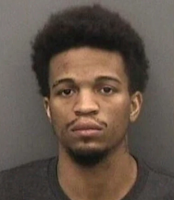 The story goes that an elderly White guy, 77 year old Vonelle Cook, allegedly called Corey Pujols a "racial slur", presumably nigger, so Pujols punched him in the head, knocking him down and causing him to suffer a head injury that proved fatal. The article goes to great lengths to point out that Pujols wuz a good boy with no criminal history and that Cook was a registered sex offender. I will point out as always that if a 27 year old White man was called a cracker or honkie by a 77 year old black man and the White guy punched the black man who then died of his injuries, the White guy wouldn't have gotten off with house arrest.
The lesson here is that White privilege means a black guy can kill a 77 year old White man because he used the magic word. Also that black people have no self-control so if you do anything to provoke them and they kill you, it is your fault.
Item #2
What’s Wrong With Utah? Probation For African Immigrant Gang Rapists? 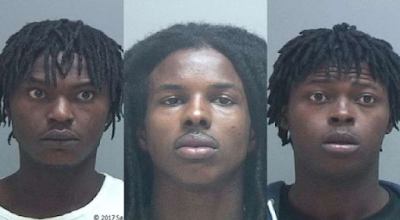 Richard Djassera, 26, of Murray; Dodjim Leclair, 29, of Murray; and Nasouh Albasis-Albasis, 24, of West Valley City, were each charged initially with two counts of aggravated sexual assault, a first-degree felony. Djassera was also charged with an additional four counts of sexual exploitation of a minor, a second-degree felony.
Even though there was video evidence of the crime, the prosecutor took a plea deal that gave these men who were charged with first degree felonies freaking probation.
Get a 14 year old girl drunk, a crime, and then rape her while she cannot consent, another crime, and then film the rape, yet another crime, and you get....probation. You can see the keen intellect in their eyes, these are young men with a bright future ahead of them. The race of the victim is not mentioned but it is likely given the demographics of the area that she was White. Makes one wonder about the mindset of a 14 year old girl that sneaks out of the house to meet up with three Africans, one almost 30 years old, and gets drunk with them. She is another bright bulb, I imagine the taxpayers of Utah have many years of paying for her illegitimate mulatto kids ahead of them.
Issue #3
Last year there was a police shooting in the headlines because the shooter was a White cop and the "victim" was a 16 year corpulent black girl named Ma'Khia Bryant. The officer in question is Nicholas Reardon and he was just cleared of any wrongdoing in shooting her.
Officer who fatally shot 16-year-old Ma'Khia Bryant cleared of wrongdoing
What is often ignored by those who assume any shooting of a black peeples by a cop, especially a White cop, is unjustified is that Ms. Bryant was shot as she was in the act of trying to stab another blaque peeples. 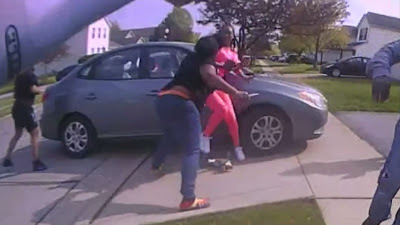 When you watch the bodycam video at full speed, the officer had very little time to react. His choices were:
a) watch the black girl stab the other black girl
b) shoot the one black girl to save the life of the other black girl
He chose option B. Had he not shot Ma'Khia Bryant, the black peeplez would have been pissed that he didn't do anything to protect the blaque girl in pink. It is always a no-win scenario when you come upon Africans engaged in culturally based shenanigans like knifing each other. Some blacks even claimed that this was just normal teen hijinks and the cop should have let them be... 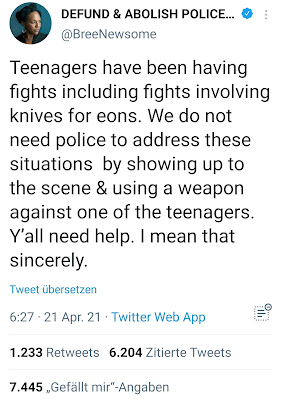 Perfectly normal teen behavior! Sock hops, Friday night football and some good natured stabbings!
Anyway, something something diversity something greatest strength something.
I would be remiss if I didn't point out that black criminal behavior can be controlled with judicious policing but there is a segment of the population that has undercut those controls and is invested in seeing this behavior get worse. The black criminal is the symptom but the disease is something else entirely.
Posted by Arthur Sido at 2:00 PM