The Future Of America Is So Bright I Gotta Wear Shades

Oh my achin' bacon....
When I was 5 and in kindergarten the worst thing going on was whispering in line waiting for the drinking fountain. Day one of school we got a tour and the principal showed us the wooden paddle hanging in his office. He never used it to my knowledge but none of us wanted to test him on it.
Here is the school board for Broward County Public Schools..... 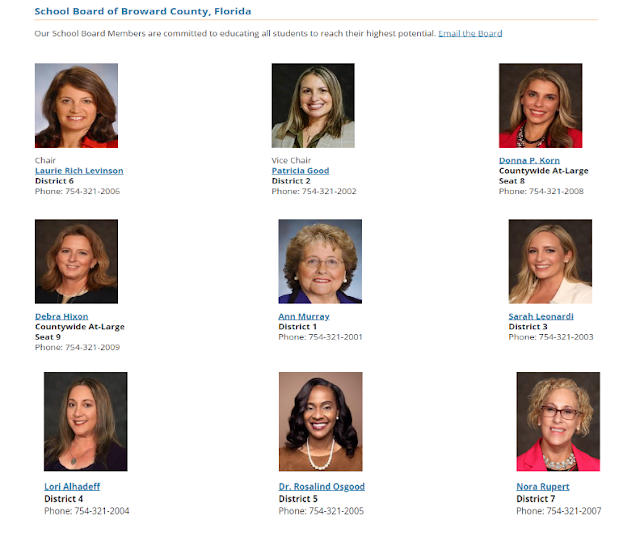 There is some sort of pattern here but I can't quite put my finger on it....
Here is another school board (Nashville) made up of awesome people, with the chair threatening community members with violence if she doesn't like their attitude.

Wow. Sounds like @MetroSchools Board Member Christine Buggs threatened parents with being beat up by brothers and fathers of the board members at a recent meeting. She bizarrely admits to having a "napoleon complex" too. This is unacceptable. She must RESIGN! pic.twitter.com/kUzyanvnEc

Here is the complete board of Nashville Metro Public Schools. 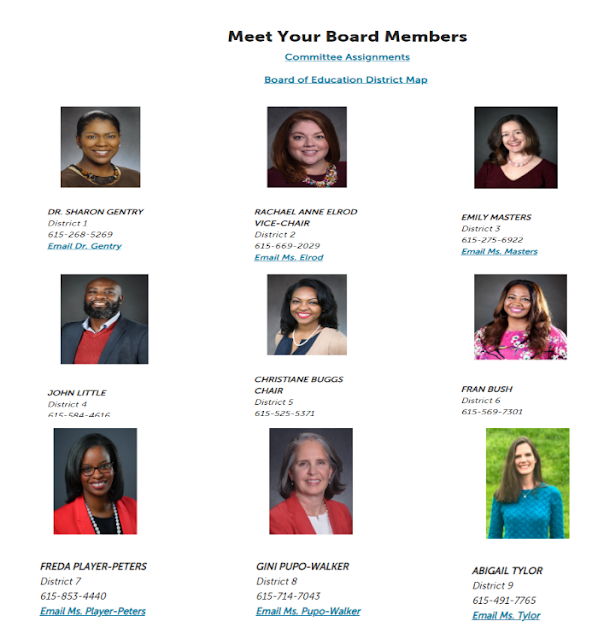 If you go to the school boards of various large urban school disticts around the country, I imagine you will see the same basic pattern over and over. Lots and lots of women. In my hometown of Toledo (my wife and I grew up in suburbs of Toledo), the Board of Education is three fat women, one fat mestizo guy and one fat black guy. Nearby Fort Wayne has a seven member board, 5 chicks and 2 guys. Chicago's six member board has no White people at all. Detroit, not surprisingly, has a seven member board and all seven are black women. One of them is listed as "Bishop Corletta J. Vaughn" and on her website is also referred to as: "The Most Reverend Corletta J. Vaughn", "Apostle Corletta J. Vaughn" and "Dr. Corletta J. Vaughn". Fun fact, she got her "doctorate" via this prestigious institution: "The Honorary Doctorate of Theology was conferred in 1994 by Christ for the Nations Institute of Benin City Nigeria.". She has two daughters but no mention of a husband. Weird. On the other hand she has a snazzy hat.

Her website is one long rambling ego trip for this loon. Sorry, got sidetracked there but that is some funny shit.
Our state capital Indianapolis, seven member board, four chicks and three guys, two of them brothas. On and on, I won't bore you with any more as I assume you get the point.
The gist of what I am saying is that from teachers to school boards, the public education system especially in urban areas is run by women. By contrast, the local schools where I went, Anthony Wayne Local Schools, has a five member board with three White men and two White women. In the cities, it is all women and non-White folk, which is reflective of the demographics of virtually all large cities. In most cities, the White people that do live in the city limits tend to send their kids to private schools to keep them out of the dystopian nightmares that inner city schools have become.
When you have 5 year old kids assaulting teachers in a school district where the entire board consists of women, you can only imagine what sort of students they are turning out. I don't object to women as teachers, administrators and school board members as such but when that is all you have, your school system is clearly in trouble because you don't have any men who care about the educational system. Instead you get lots of jabbering about diversity and inclusion and other touchy-feely nonsense and very little about discipline and pragmatism.
What does the future hold for a 5 year old kid who is already attacking his teacher and landing her in the hospital? What is he going to be like when he is 12 or older, large enough to really hurt someone? It is a near certain bet he is going to end up in and out of prison until he kills someone or is killed by someone. What is worse, this isn't an isolated case just one that happened to catch my eye. Our public schools are little more than juvenile detention centers that warehouse these little animals until they get loose after school. No one is pretending this is about education anymore, it is just managing the inmates during the day.
Each year the public school system vomits out little imbeciles and criminals into our society and each successive generation is less educated and less disciplined, along with being less White. It is a visible sign of the slow moving disaster that is engulfing America. We don't need to worry about the Russians, we are doing a dandy job of destroying ourselves.
Posted by Arthur Sido at 11:39 AM