Even by their already low standards, this is ugly and cowardly. 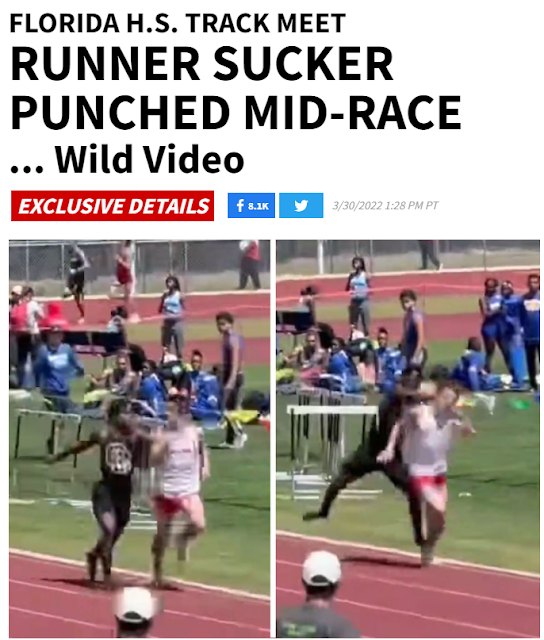 That might be the blackest thing I have seen all week. One would assume they would arrest the African kid for assault but this is America in 2022 so the White kid will probably get charged for a hate crime for yelling at him to get out of the way.
Posted by Arthur Sido at 10:00 PM